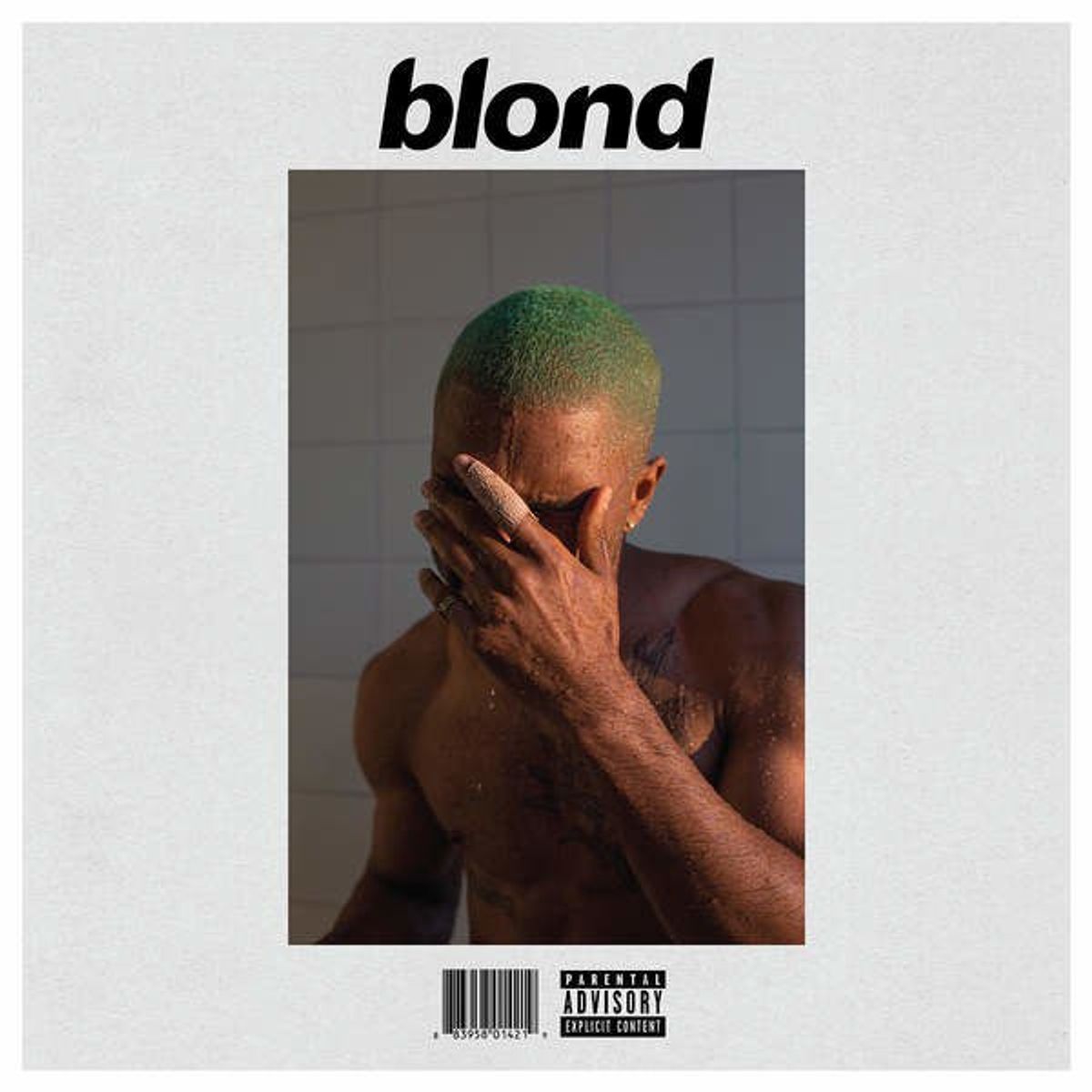 Well, the wait is finally over.

On Thursday, August 18th, Frank Ocean released “Endless,” a visual album featuring the singer building a staircase over an anguishing 45 minutes scored by the first new music he has released in four years. The visuals are highly repetitive, featuring Ocean (often with three superimposed Franks working in tandem) carefully measuring and cutting, measuring and cutting, until he finally assembles the stairs and ascends them, leaving the frame. I understand the visual metaphor; it’s just not very compelling viewing.

Thankfully, the music is much more absorbing.

The first proper track is a cover of the Isley Brothers “At Your Best (You Are Love),” which features Frank’s gorgeous, soaring falsetto above a gentle string and organ arrangement courtesy of James Blake and Radiohead’s Jonny Greenwood. We get some rather dope rapping out of Frank on “U-N-I-T-Y” which then transitions into my favorite track on “Endless,” “Comme De Garcon.” The album stumbles through a stretch of ambiance and comes alive again with “Slide On Me,” which also introduces a new feature of Frank's music on “Blonde”: prominent guitar instead of keys. More on that later. The rest of “Endless” passes painlessly, if not memorably. “Rushes” is pretty rad, and features some more guitar work courtesy of Alex G.

As if “Endless” weren’t enough, Frank released “Blonde” (stylized on the album cover as “Blond”) on Saturday, August 20th, a proper LP consisting of 17 tracks and available exclusively through Apple Music (following a recent trend perpetuated by Dr. Dre and Chance the Rapper). I’ve spent a great deal more time with “Blonde” than “Endless,” mostly thanks to its format.

I spent the previous few weeks getting re-acquainted with “Channel Orange,” Frank Ocean’s debut LP from 2012. “Channel Orange” is widely regarded as a classic, and rightly so: it is a true pop delight with incredible hooks and nuanced production and songwriting. But “Channel Orange,” which was really a series of vignettes rather than completely autobiographical. Frank started out as a ghost writer for the likes of Justin Bieber, John Legend, Brandy, Beyoncé (the list goes on), and this experience must have informed his ability to inhabit different perspectives with empathy and insight, whittling down subject matter to its most immediate and impactful form. In addition, shortly after the release of “Channel Orange” Frank came out of the closet as bisexual, which deepened his mystique and character for his fans and allowed his music to be examined in a new light. Shortly after that, things went relatively quiet. Rumors of new music lingered around the internet and Frank’s sophomore release began to take on a legend of its own.

As I said at the top, the wait is finally over. Well, fortunately and unfortunately, “Blonde” (originally titled “Boys Don’t Cry”) is no “Channel Orange.” “Blonde” is focused intensely inward and, in stark contrast to the driving “Channel Orange,” meanders from track to track for the majority of its 45-odd minute run time. This is not to imply that “Blonde” is boring in any way; it’s a dreamy, kaleidoscope of an album, abstract enough that it welcomes individual interpretation. It has more sparse production than "Channel Orange," but it's meditative and beautiful. It’s an album of many tiny moments. It also features Frank’s most direct and introspective lyrics, and he spends a great deal of time exploring failed personal relationships. Is the failure due to his celebrity? His sexuality? His boredom? A tendency towards self-destruction? If Frank has learned any of the answers, he doesn't share them here.

“Nikes” is the first single for the album (you can watch the excellent and very-NSFW video here) and establishes the subdued mood of the album. “Nikes” features Frank’s voice altered in pitch akin to Ween or Outkast. It’s an interesting choice, but I honestly find myself wishing that it didn’t have the vocal mods, as it distracts from the song somewhat.

Then comes my favorite and probably the most focused track on the album: “Ivy.” Featuring dreamy, flanger-soaked guitar strums and twinkling riffs layered over a plain, palm-muted bass line the subtlety of which serve to bolster Frank’s amazing melody. The lyrics are a nostalgic, bittersweet glance back at youth through the lens of a previous relationship. Mournful, Ocean sings: “We didn’t give a fuck back then/ I ain’t a kid no more/ We’ll never be those kids again.” Given the huge expectations surrounding the release of “Blonde,” it’s not surprising that Frank feels unsure of which direction to look between his past and future. The song also culminates with some amazing Prince-esque falsetto work, with Frank suggesting that he may prefer the realm of fantasy, saying he “…could dream all night.”

Then comes the fantastic “Pink + White” featuring production from Pharrell Williams. Beyoncé shows up at the end to do some beautiful background vocals, she and Frank mingling together to form a luscious chorus. Also an examination of a previous relationship, “Pink + White” instead focuses on the role that drugs can play in attraction.

Which also happens to be a prominent theme of the next song “Solo.” With no backing beat and a church organ the only instrument, Frank is a huge presence on the track, skillfully keeping the song moving despite the sparse backing. “Inhale, inhale there’s heaven” he croons, muddying the pronunciation of “inhale” just enough to sound like “in hell.” The connection is clear: self-destruction is its own reward, an insulator against reality.

“Skyline To” bears some of the Beatle influence Frank cites in the “Boys Don’t Cry” magazine he released alongside the album. “Self Control” has Frank over a clean jazz guitar singing tenderly about an unconsummated attraction, resigning to it with the lines “keep a place for me, for me/ I’ll sleep between y’all, it’s nothing.”

“Nights” is probably the most beat-driven track, with a more upbeat first half featuring Frank rapping. The second half melts into dreamily ambient R&B lead by a skittering hi-hat.

The remainder of the album is good, but not as good as what came before. “Godspeed” and “Futura Free” are both really great tracks. “Blonde” is a bit top-heavy, though. It’s a great album to put on when you cook or clean the house or sit in traffic. It’s relaxing.

But ultimately I feel like “Blonde” is somewhere between where Frank is and where he wants to be. “Blonde” may not be the album you were expecting or wanted, but it is an honest artistic statement. Frank is front and center here, neither the instruments nor the production nor the guests get in the way. He truly plumbs the depths of his soul on this record and little by little he finds his way out. I think that’s the symbolism behind the stairs. Every step he builds he comes a little bit closer to the masterpiece of which he’s capable. May it not be four years until the next one, Frank.

Emmaline B
The Narrative
95322
https://unsplash.com/photos/O0T1SIgHAfM