A Review Of Buffy The Vampire Slayer: The Board Game
Odyssey

A Review Of Buffy The Vampire Slayer: The Board Game

Do you have what it takes to save the world? 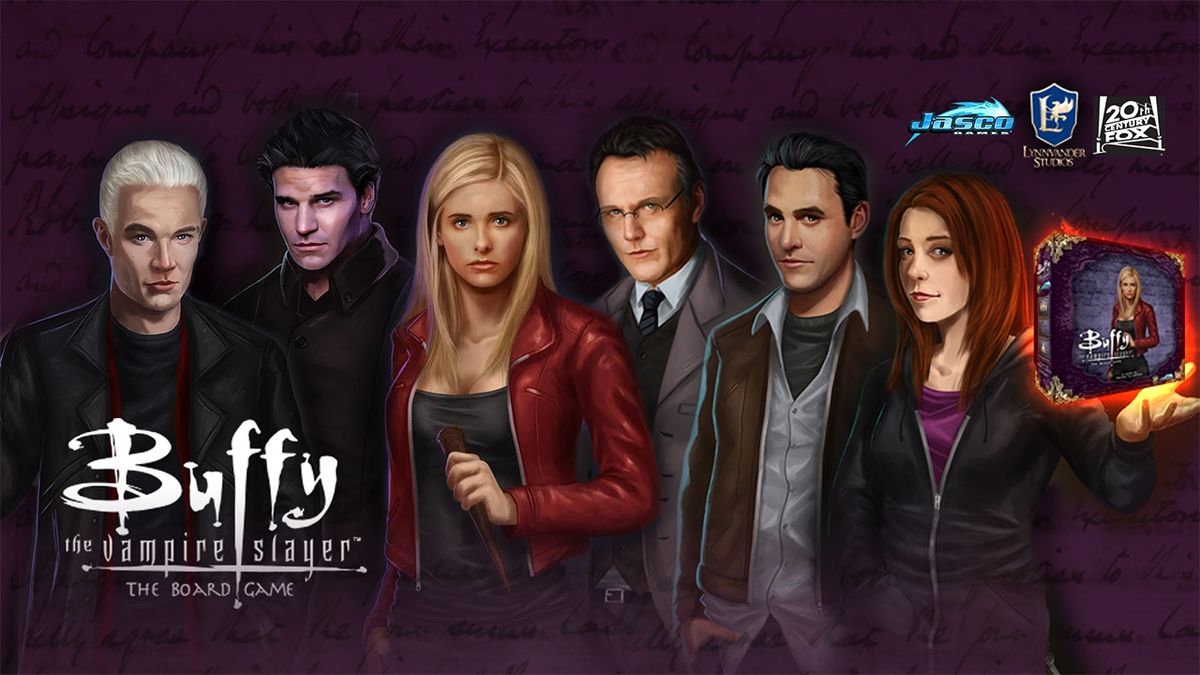 Did you grow up with board games, like Sorry or Monopoly or even the Game of Life?

If you did, then you had an awesome childhood. If not, well then I feel pity for you. Board games just aren't the same as they used to be anymore. There are still games like "Monopoly", "Sorry", "Scrabble", and "The Game of Life." But now, as adults, we have so many more games to play.

I love playing games. Some people claim that board games are for children and I just tell them to learn to have more fun in their lives. Seriously. Board games are awesome! Only, these new games are not the games of my past.

How does the Buffy the Vampire Slayer board game work?

I recently had a chance to sit down and play this and let me tell you, this game will make grown men cry. Playing with people that know zero about the show makes it much more complicated. Can't they Google a character to understand more about them?

After reviewing all of the character cards with the other players, and keeping Buffy - because really why would I let anyone else play Buffy when I could be Buffy in my sleep - the game could finally start.

]Each player chooses a character, and that tells them where their character starts on the board and what items if any, they begin with. Because why not have the token human walk around with a random weapon right?

After all the tokens have been placed in their appropriate spots, and the item cards dealt, the player responsible for running the game explains that to win, you must beat three Monsters of the Week, and then the Big Bad. If anyone has watched Buffy, you know the Big Bad is usually the overarching enemy for that season. They don't disappoint with the chosen Big Bads.

So you are told that you lose the game if your apocalypse tracker fills up, and this happens by taking wound tokens or not rescuing townies by the start of the monster turns.

Sounds easy enough right? Wrong! Wrong on so many accounts. Whoever created this game has a wicked sense of humor, and it shows in the rest of the gameplay.

You see, not only does the game master draw the Big Bad - who is usually some overpowered thing that we will talk more about later - but they also bring the Monster of the Week. It shouldn't be too much trouble, right? You can communicate and converse with the other players to create a strategy, right?

Well, that would be the case unless you are unlucky enough to have a brand new player join, who you are trying to explain the rules to and your first Monster of the Week happens to be The Gentleman.

The Gentleman is by far one of the meanest monsters. You see, on the television show they stole the voices of the citizens of Sunnydale, and everyone had to learn to communicate silently. While we did not have dry erase boards as they did in the show, we did manage a rather pathetic version of charades. See, with this monster in the game, every time a player spoke you would take a wound token.

Kill them fast if you can and hope that you don't spend the entire game with a newbie without the use of your voice. Don't get me wrong, I like quiet from time to time but not when we are trying to play a game and someone doesn't understand charades. Seriously, go back and learn to play that first.

When you manage to beat a Monster of the Week, you get a clue token. When a player searches out the clue token a plot card is then revealed for the Big Bad. We found out the hard way that Glorificus has some nasty plots up her sleeve when playing. She wiped us out twice because we kept drawing cards that hurt us more than helped us.

After beating three Monsters of the Week, the Big Bad appears on the game board. Some are stationary, and some can move. Some force townies to show up in all the empty places and they cannot be rescued. As if we didn't have enough trouble right?

How to win in Buffy the Vampire Slayer: The Board Game

One would assume it would be as easy as matching the required items and then drawing an event card and hoping that the glyph matches to remove it. It usually is, only there is more too it than that.

Every character has a special ability. This special, when used, requires the drawing of an event card. That card is activated but then the glyph is matched to the Big Bad that is now visible on the board, and more actions are taken. You could turn evil, or you could have to discard one of your action tokens.

It's all a game of luck and speed. The quicker you can get everything cleared off the board the better. The longer the game takes, the more frustrating it can become.

These are not the board games of your childhood. These are adult strategy games that require far more quick thinking and decision making than spinning the wheel on the Game of Life.

Outside of the game being based on my all-time favorite television show, I recommend people to pick up these types of games and start playing. They have them for all categories. I'm terrified to try "Dark Souls: The Board Game" everyone knows if you don't die in the video game you're not doing something right. I would hate to imagine how often a player might die in the board game.