Everything You Need To Know About The Reputation Tour
Odyssey

"and in the death of her reputation, she felt truly alive." 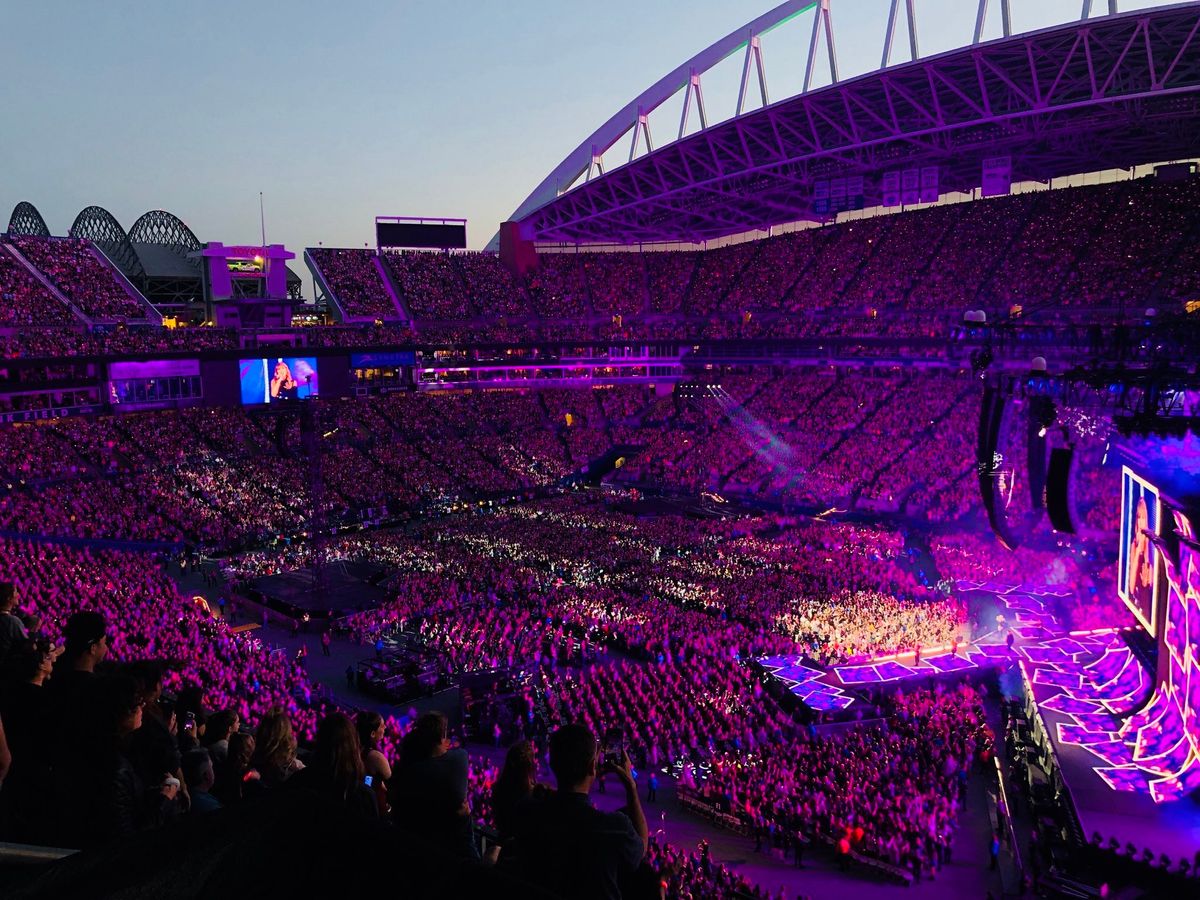 Taylor Swift's 'reputation Stadium Tour' is in full swing now and everyone attending is putting together the final pieces to their costumes and posters. There are a few things that you need to know if you are going to be attending any of the 53 shows during the tour.

So, what is Rep Room? This room is the equivalent to 'Club Red' and 'Loft '89' from her previous tours. Everyone knows what entails with the Rep Room..the inviting colored sheet from Andrea Swift or Taylor Nation. Inside the Rep Room consists of snacks, drinks, couches, a few of Taylor's past costumes and Taylor herself. You get one posed group picture with Taylor if you get chosen to go to Rep Room and a signed picture that she can customize. Dance your heart away and enjoy the concert, don't spend the whole time trying to get Rep Room.

Taylor Swift performing a song on the B-Stage. https://www.billboard.com/articles/columns/pop/845...

The B-stage song is something special that Taylor does for her fans at each location on her tour. She surprises the audience with an old song and it is a different song at each location. Fans are going crazy over these surprise songs.

This is something new that Taylor and her team have brought on this tour. There is a patch for each location available when your tour date comes around. These are not small patches, they are big! (see previous picture of Taylor on the B-Stage for size reference). They are iron on and easy to use! Not to mention they are only $5.

Can we say GIRL POWER?! Taylor has two amazing opening acts for the entirety of this tour and brings them back out on stage with her during "Shake it Off." Imagine going around the world touring with your best friends. So much fun, am I right?

The setlist. One of the most important pieces to a concert. Want to know the setlist? Here it is:

2. I Did Something Bad

5. Look What You Made Me Do

10. Dancing With Our Hands Tied (Acoustic)

19. We Are Never Ever Getting Back Together

20. This Is Why We Can't Have Nice Things

There are so many items to choose from for this tour. Keychains, t-shirts, sweatshirts, blankets, hats, rings and so much more! There is something for everyone at the Getaway Shop! Shop the whole tour collection here: https://store.taylorswift.com/

Club Olivia and Club Meredith are new to this tour as well. This is where her family, friends and celebrities will be seated during the show. Some of the people spotted in Club Meredith or Club Olivia so far have been Taylor's mom, dad, her boyfriend Joe, Rebel Wilson and so many more! Some lucky fans may get upgraded to these clubs as well.

This stage is nothing like you have ever seen before. It is 110ft tall and is bigger than any stage Taylor has performed on. The B-stages are pretty much the same size as the main stage from the 1989 tour and the whole floor on the stage is a video screen. With it's intellectual design, Swift has once again has created a masterpiece.

Swift holding up a piece of the confetti from the tour.http://www.justjared.com/photo-gallery/4077444/tay...

Taylor and Shawn perform "There's Nothing Holding Me Back"https://onnewspaper.com/shawn-mendes-gushes-about-...

Taylor surprised her audience with bringing Shawn Mendes on stage with her. A little throwback to the 1989 tour? Not only did she bring Shawn out she also surprised her California crowd with two other special guests on night two.

Taylor and Troye Sivan sing "My My My"https://www.gettyimages.ca/event/taylor-swift-repu...

Selena Gomez and Troye Sivan were the next two special guests in Pasadena! Taylor hasn't brought any more special guests on stage with her yet, but there is a possibility for it in the future!

Stop by the Polaroid booth and get a picture taken to hold on to the memories!

The costumes are so aesthetic to the era but Taylor brings out her bright side with a colorful rainbow dress! These costumes are like not other that she has worn during her tours.

May 8: University of Phoenix Stadium in Glendale, Arizona

May 18-19: Rose Bowl in Pasadena, California

May 22: CenturyLink Field in Seattle, Washington

May 25: Sports Authority Field at Mile High in Denver, Colorado

September 18: The Dome at America's Center in St. Louis, Missouri

November 6: The Gabba in Brisbane, Australia