Ronald Reagan is rolling over in his grave watching today's Republican Party. 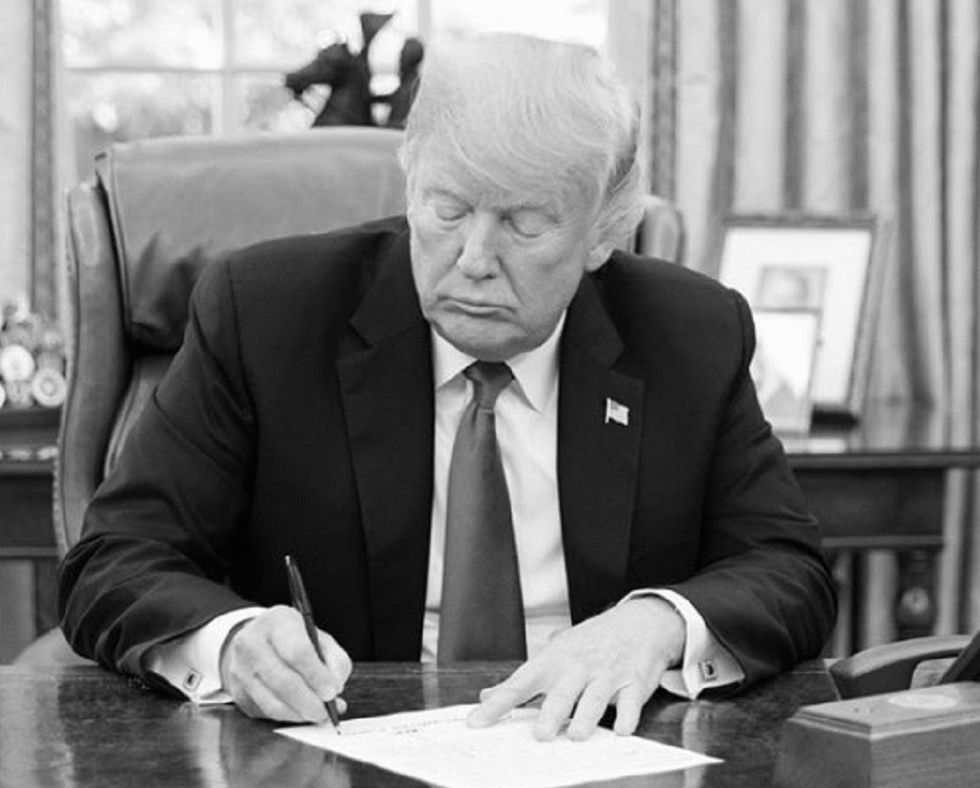 Growing up in Alabama, I identified as a Republican pretty much because everyone else around me was. I was influenced by family, friends and elders around me. I fondly recall at the age of 10 I was watching coverage of the 2008 presidential election, and I cried because Barack Obama had won the presidency. And by cry I mean I thought the world was going to end soon. I really wanted Sen. John McCain to win.

Fast forward 10 years, and I've grown gradually more liberal since Barack Obama's election. But I still had respect for and could vote for Republicans if they stood out as exemplary candidates who would be true public servants.

But ever since June 2015, that has gone downhill. Donald Trump has taken the Republican Party down a dangerous road.

Trump has helped the GOP be a borderline extremist party. Many modern-day Republicans alienate black people, immigrants, women, the LGBT community and more. But they don't mind receiving support from self-proclaimed white nationalists. And in some places, these white supremacists are running for public office as Republicans.

In the twentieth century, we scarcely saw white nationalists come out in public as often as we do now, such as the white nationalist rally in Charlottesville, Virginia. But even before that infamous day, Trump for the duration of his campaign has given a voice to these white supremacists and let them be heard on a national stage even though they speak rhetoric straight out of the Jim Crow era.

But, to me, the scariest difference in today's Republican Party is the legitimization and rationalizing of Russian president Vladimir Putin.

Trump has given nothing but praise to the authoritarian leader, and it should be terrifying.

During the Red Scare, if you were a government official suspected to be working with Russians, then you were likely going to be fired from your job and possibly put in prison for treason against the United States.

In 2018, if you work with Russians, you might have the system rigged for you so you'll win the American presidency even if you don't win the popular vote.

Even the Republican overlord himself, Ronald Reagan, dedicated much of his presidency to opposing Russia and stopping their influence across the globe.

But in 2016, Russian hackers at the direction of Vladimir Putin hacked into the United States elections in an effort to support Donald Trump. And ever since then, Trump has denied Russian hacking and potential collusion over and over again.

But for a moment, forget Russia.

Donald Trump is, fundamentally, not a Republican.

A true conservative cares about fiscal responsibility, cutting the deficit and lowering taxes. Well, he's not doing any of those three; not for the common man at least. The trillion-dollar tax cut for the wealthiest in our country has added a trillion dollars to the deficit so he can line the pockets of his rich friends.

The Republican Party went down a dangerous road in 2016 when it chose Trump as its presidential candidate. It has gone against the ideals it has maintained for decades. And if we don't take our country back from Trump-controlled Republicans, then we can say goodbye to America as we know her.