"I thought, how human, how modest of her, to hold down her skirt before she jumped. I couldn't look anymore." 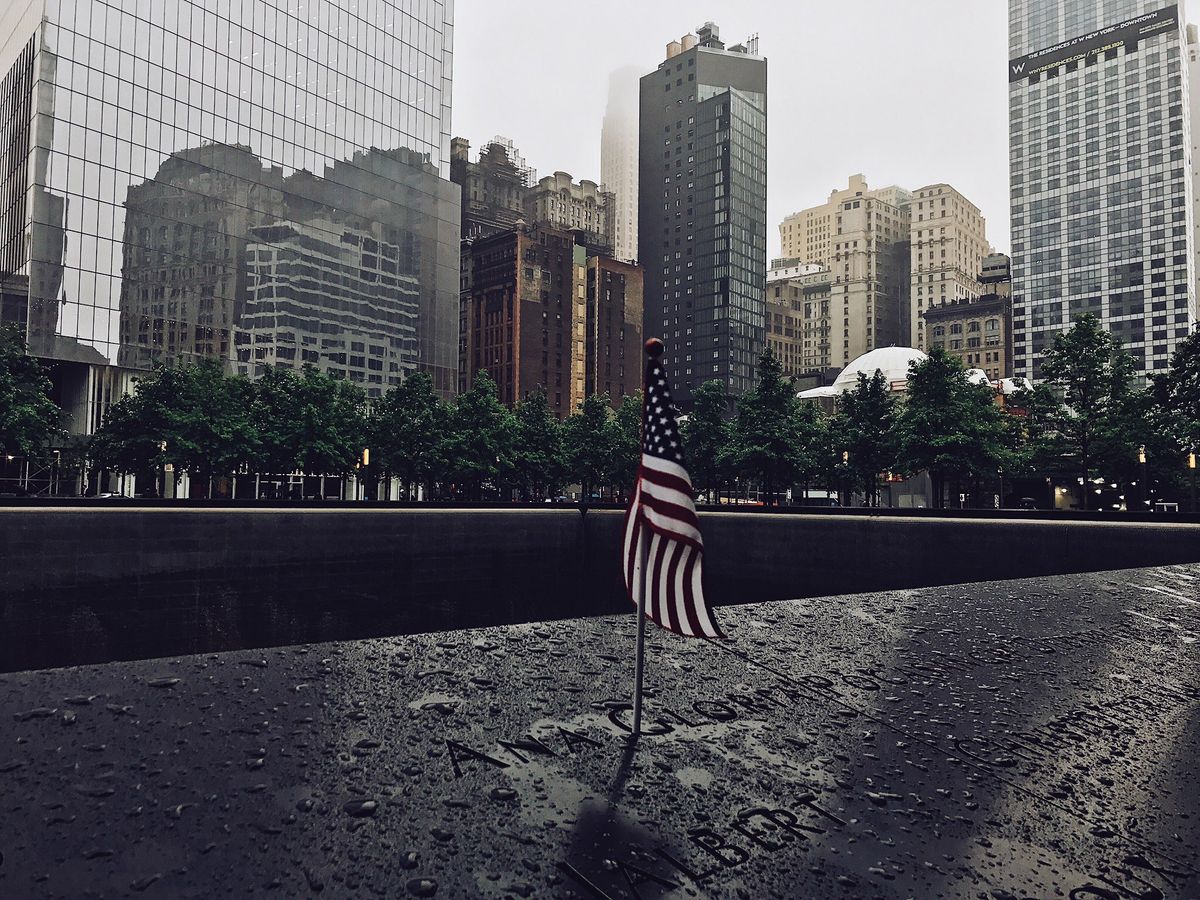 16 years ago, one of the most tragic events in history played out. Whether you were too young to remember it, not born yet, or remember exactly what you were doing and exactly where you were at the time it happened, there's not one person that doesn't know how significant this day is in history.

16 years ago, on September 11, 2011 it was a clear Tuesday morning until American Airlines Flight 11 took off from Boston at 7:59am with 81 passengers. A second airplane departing from Boston, United Flight 175, held 56 passengers and departed a mere 15 minutes after AA Flight 11.

Though the exact events within the plane are unclear, the cockpit of Flight 11 was breached and one of five Al-Qaeda members on board took over airway commands and headed straight towards the heart of New York City. Only 46 minutes after departure, that clear Tuesday morning turned to anything but.

American Airlines Flight 11 crashed into the North Tower of the World Trade Center at 8:45am. The 110-story building still stood tall, but those above the 80th floor found themselves trapped, while the 81 passengers on-board and hundreds of employees working were found dead on impact. Only 18 minutes after the first crash, at 9:03am on this no longer clear Tuesday morning, the South Tower was struck, killing all passengers on board and hundreds of workers within the building. America was under attack.

As the world gained news of this terror attack, American Airlines Flight 77, which took off at 8:20am, carrying 58 passengers, headed straight towards the Pentagon, crashing in at 9:37am. Carrying 37 passengers, United Airlines Flight 93 departed at 8:42am from Newark. Heading in the direction of Washington D.C., fearless passengers on board realized they were under attack and took initiative, trying to gain back control of the flight, fighting off the Al-Qaeda, ultimately crashing into a field in Pennsylvania, killing everyone on board.

16 years ago, America suffered from the tragic events of the 9/11 attacks. The world watched in fear on live television broadcast, people called out to their loved ones to see if they were alright and made it out safe, and many stood in complete awe and disbelief.

As the streets filled with smoke and rubble, fearing for their lives, people took death into their own hands. Hundreds jumped from the towers to face their death, losing all hope of making it out alive. Hundreds on the higher levels of the Twin Towers were trapped and slowly suffocating from the heat and smoke rising from the crash. Hundreds were already dead from impact. Hundreds were scrambling to find a way out, some actually making it out alive due to them being on the lower levels of the tower. The Survivors' Stairs, as they call them, were route for hundreds of people to make it out alive, being one of the only staircases left somewhat in tact after the attacks.

16 years ago, at 9:59am, the South Tower collapsed, trapping and killing everyone that was left in it. Following suit, the North Tower collapsed at 10:28am. A reckless, heartless terror attack on the morning of September 11, 2011 killed thousands, including civilians, firefighters, and law enforcement officers.

What started off as a beautiful morning ended in one of the worlds most gruesome terror attacks.

As a result of the attacks, 2,763 people died. 2,763 people who woke up that morning, got ready for their day, wished their loved ones a goodbye and a see you later, just to never to return again.

Today, 16 years later, you will find a memorial for the 2,763 people who had their lives taken from them too soon. Two pools now line where the Twin Towers once stood. Two pools engraved with all of the names of those who passed, there for people to pay their condolences and remember those who lived in fear during the tragic events.

One World Trade Center also stands its ground next to the two pools, holding up strong and tall. A memorial museum sits next to it for anyone to visit, to learn more about the events that took place, to hear voicemail's that were left to loved ones killed, to see photographs that have never gone public, to read play-by-plays of the events, to hear stories that were left untold. Inside the museum you will find one particular quote that will make you want to remember those today. James Gilroy, a man watching from the streets of New York remembers a woman from the towers: "She had a business suit on, her hair all askew. This woman stood there for what seemed like minutes. Then she held down her skirt and jumped off the ledge. I thought, how human, how modest of her, to hold down her skirt before she jumped. I couldn't look anymore."