What We Should Take Away From The Stanford Rape Case And Its Victim
Odyssey
CurrentlySwoonLifestyleHealth & WellnessStudent LifeContent InspirationEntertainmentPolitics and ActivismSportsAdulting
About usAdvertiseTermsPrivacyDMCAContact us
® 2023 ODYSSEY
Welcome back
Sign in to comment to your favorite stories, participate in your community and interact with your friends
or
LOG IN WITH FACEBOOK
No account? Create one
Start writing a post
Politics and Activism

"Be careful, be a good friend, and be an advocate." 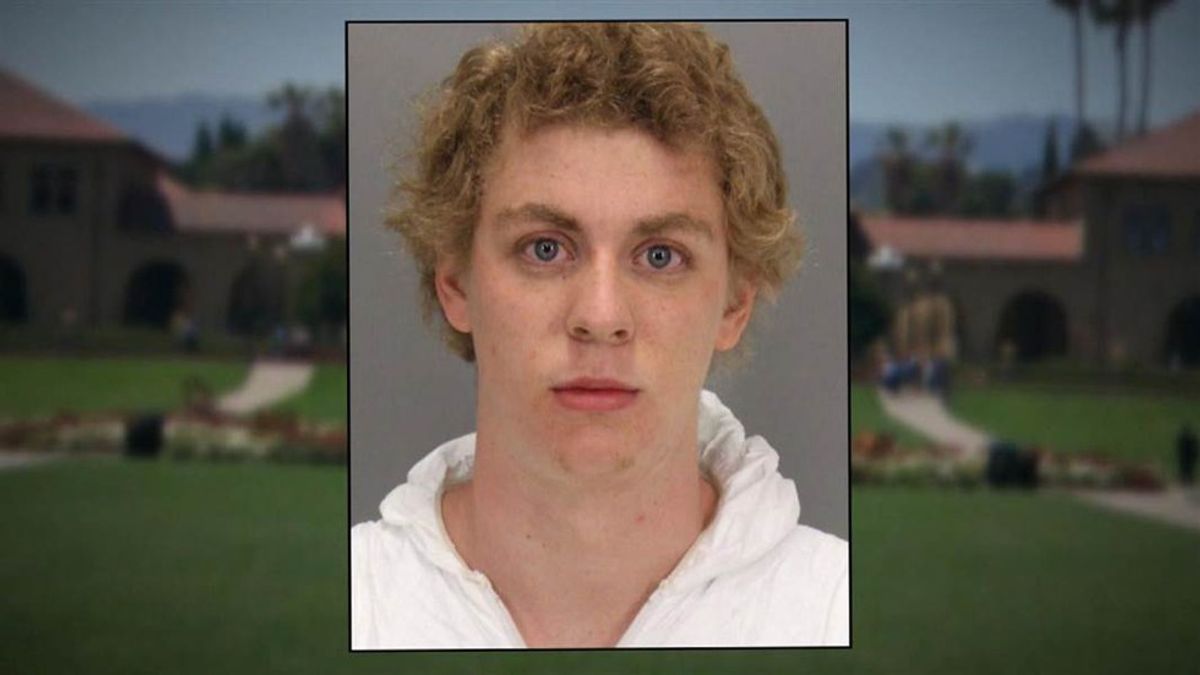 By now, we've all heard about the Stanford rapist (oh, wait, but remember he's also a swimmer. That's an important tidbit to add, right?).

By now, we've all read the statement by his victim, a nameless, faceless young woman. Nameless and faceless like many other rape victims have felt.

By now, all of us are angry. We're scared. We have a tornado of emotions swirling around inside of us, on behalf of the victim and other victims we may know; because of the ignorance of the rapist – because that is what he is. I will not perpetuate the idea that his athletic prowess makes him anything more than the criminal he is - and his father's ludicrous statements.

We have a multitude of options. We can sit here and continue to blast the media for painting young women who drink and who dress a certain way "guilty" for their own rape; continue to berate the assailant and his father for their selfish, ridiculous behavior. We continue to belittle the judicial system with their lessened sentence of six months (three with good behavior) in prison for a 20-year-old man because he has Olympic aspirations or whatever reason they used to justify it, but where will that get us?

Right back here. On our social media accounts, the Odyssey and other online news sources, in the comments section, complaining and yelling at a brick wall. We scream and shout for change - change in attitudes, change in perception, change, change, change - but we are only tiring out our lungs for shouting and our fingers for typing. Change comes not with how many hate words you can type a minute, but with an alteration of your own behavior impacting someone else, and maybe even a society.


The point is to make sure situations like this one – the Stanford rapist and his victim, the media circus, the trial, and the act itself – stop happening. How?

I'm not here to say to everyone to stop drinking, stop partying, ladies stop wearing short skirts, and boys stop "being boys." None of that should be a "cause" when it comes to sexual assault. What causes rape? A rapist, plain and simple.

I'm saying we need to be consciously aware that things like this happen, and not just when the media blows up about it. It shouldn't take a (now infamous) swimmer from a prestigious university who got "20 minutes of action" being the man in question for the courts, the media, and us as individuals to care about this issue. It happens more often than we would like to think. And that's the key. We don't like think about it, not until its being shoved down our throats every time we open our Facebook page.

So think about it. After the tornado blows over, after the dust has settled, because eventually this too will fade out of the media spotlight. Remember it, because you know the victim, her family, and yes, even the rapist with the same name as a character from Pokemon, will always remember it. Be aware that these things can happen, and if you are coherent and able - unlike this poor girl - to remove yourself from a situation before it's too late, do it. If you are a friend, relative or significant other to a person who has had this happen to them, be there for them when they need you and give them space if they don't. If you are a friend of someone who, even if sincerely unintentionally, could find themselves in a situation where they are the pursuer, watch out for them, too.

If you are someone who has never known what it's like to endure a type of pain and suffering while still living day in and day out like victims of sexual assault, and you claim to truly care about the issue, speak up. That doesn't just mean sharing this to your Facebook wall, (anyone can click a button) but show in your actions that you care.

Be careful, be a good friend, and be an advocate, if you really do care as much as your Twitter page would suggest. Put the words in the comments section into action, and do not be a bystander. Be a Swede, for goodness sake. Be a voice of reason; a good influence. Be a teacher. Be a hero for your generation and generations to come. But above all else, do your best to be a good person. And if you are a good person, you'll never have to ask what that entails.