Why Rejection Can Be A Good Thing
Odyssey

Why Rejection Can Be A Good Thing

Besides the fact that it gives you an excuse to eat ice cream, marathon a show, and cry? 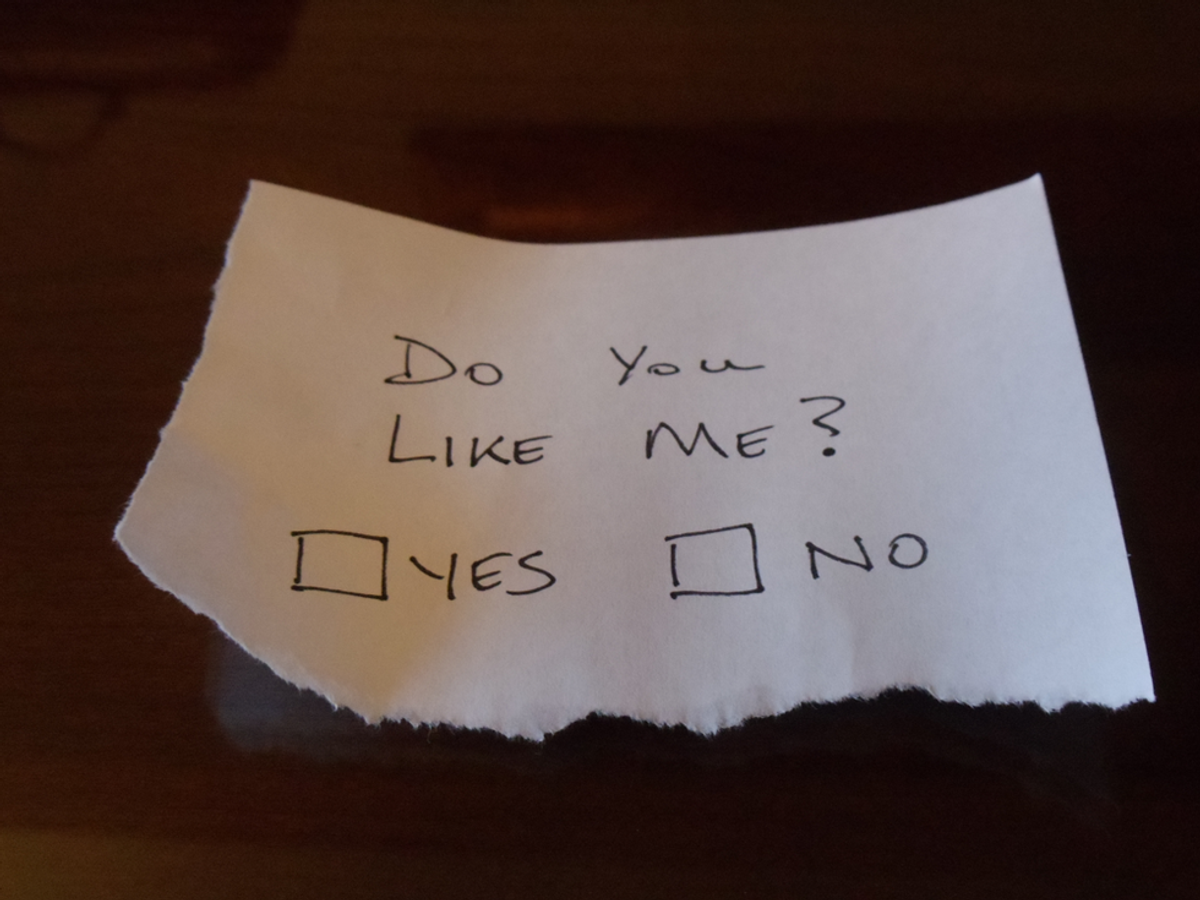 Nine months ago, I confessed that I had feelings to the first man I had a crush on since coming out, and after authentically pouring my soul out to him, he rejected me. It hurt (obviously), but he had every right to do so, and I understood that. What I didn’t understand was how to get over the pain.

Like everybody else in my generation, I tried to use Google as my therapist, searching for articles that might offer sufficient wisdom for me to endure the pain. Unfortunately, none of it offered solace for my situation, and I never really got over the frustration that this first rejection gave me.

Then, recently, I began talking with that guy once more, and I got hope that my chance for being with him had finally arrived. However, it turns out that I had misinterpreted his acts of friendship for signals of romantic interest. He rejected me again, but this time, I had an epiphany that I think might help the next person who asks Google for support in overcoming the pain of unrequited love.

Being rejected by the same person twice has taught me that rejection places a person on a precipice where they have a decision to make. Picture it like a fork in the road. There are two paths, and the first one is the path that I originally chose to venture down after being rejected for the first time.

I obsessed over why this guy didn’t reciprocate the feelings that I had. Maybe I wasn’t cute enough, funny enough, compassionate enough or insightful enough. Maybe he thought there was something wrong with me. I constantly tried to guess what this man’s evaluation of me had been, and in doing so, I subtly allowed these negative thoughts to define me. Without realizing it, I stopped loving myself, even if it was just a little bit.

But then the second rejection happened, and even though it stung, I realized that the reason why it hurt so much was because I know that I am worthy of somebody’s love, and it sent me down the opposite path where I had realizations about myself. I am cute enough. I am funny enough. I am compassionate enough. I am insightful enough. I am enough. (If you’re facing a similar pain right now, read those last five sentences aloud to yourself-- it feels good).

The reason that I was so confused about my obsession was because deep down I knew that I was worthy of love, and that was coming into conflict with what I believed this guy thought about me.

The reason that rejection hurts so much is because you do love yourself, you do know that you deserve to be loved, but if you allow somebody else’s evaluation to invalidate that, then you’re channeling your frustration in a negative way. When you’re rejected, it’s painful because somebody is unintentionally attacking your ego.

Don’t get me wrong: it’s totally okay for an individual to reject somebody, but when it happens, the rejected party has to focus on the fact that they’re hurting because they’re trying to love themselves in spite of it. It’s not an easy task to accomplish. I bet that even if I had heard this advice after the first rejection, I would have ignored it, and moved onto the next article.

Even though both rejections absolutely sucked, when I recovered with the realization that I actually do love myself, I was almost thankful for the experience. I mean, I would have rather learned to love myself without the months of frustration and raw, unrequited emotions, but rejection really did teach me to value myself, because damn right I’m an amazing human being, and so are you, and anybody who doesn’t realize that is missing out on a hot piece of ass.
Report this Content
This article has not been reviewed by Odyssey HQ and solely reflects the ideas and opinions of the creator.