A closer look at Mark Strand's utilization of the Petrarchan Sonnet. 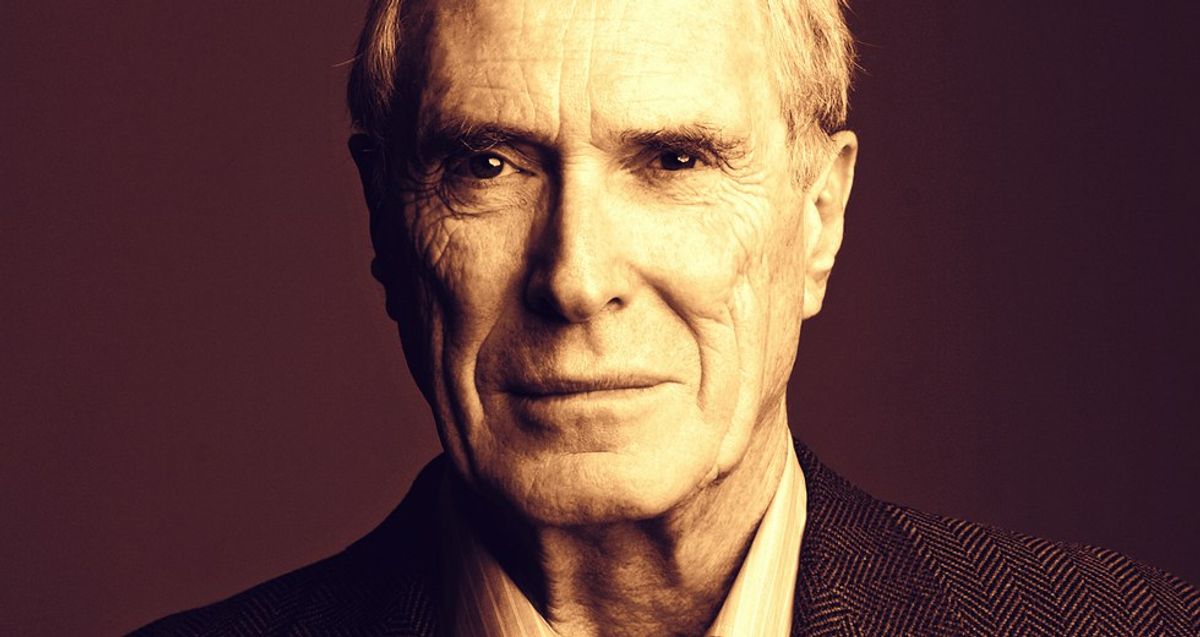 Within poetry, authors apply a plethora of literary techniques whose sole purposes are to enhance the overall experience of a poem. Techniques such as imagery, when used correctly can take a reader away from their reality and plummet them into the work of a poet. Personification when applied can bring to life an inanimate object and give it all the qualities of a human. When a poet utilizes the technique of setting, they’re not only unfolding where and when a story takes place, they can also disclose to readers the mood and aura of the piece itself. In addition to traits like imagery, personification and, setting poets can use a poem’s tone as a technique in order to enhance a poem in its entirety. Along with various literary devices, a poem’s form can also have immense impact on the audience’s perception of the piece. A particular poem that exemplifies the effects of various literary devices as well as literary form is Mark Strand’s Black Sea. Through his utilization of the literary methods imagery, personification and, setting author Mark Strand is able to create a penetrating tone that shifts in parallel with the plot of Black Sea that results in a beautiful piece of literature. Along with Strand’s utilization of literary devices, the Petrarchan sonnet form that Strand gave Black Sea, also contributes to the overall excellence of the piece by highlighting the core element and transition of tone within the piece.

Black Sea is the type of poem that is burning with profound emotion. In order to construct a tone as strong as Strand did within Black Sea he strategically utilized the poem’s setting to accentuate the piece’s overall tone and emotional capability. As the overall tone of the poem shifts from hopeful to hopeless, these emotions are displayed through the author’s depiction of the setting. In line 4 of the poem the sea is described as, “rolling crests of it raked by the wind, becoming like bits of lace tossed in the air…”, but once the tone shifts more towards despair, the sea is described in a more gloomy fashion, “swells of the sea break on the shore and turn briefly into glass and disappear…” (Strand, 11-12).

Through the author’s depictions of the poem’s setting, Strand also relies on simile as a device to bring the setting to life in the eyes of the audience and therefore contribute to the complete tone of the piece. As Strand describes the sea in the beginning of the poem in a positive fashion, he compares the sea to “lace tossed in the air”. Equally, when the poem’s tone takes a dramatic shift in the direction of despair the swells of the sea are then compared to glass rather than lace (Strand, 11-12). Through Strand’s comparison of the sea to lace, he conveys a lighthearted and hopeful feel as juxtaposed to his comparison to glass he is able to convey to the audience that the tone has shifted away from anticipation and cheerfulness to desolation. By using simile to compare the sea to lace and then glass, Strand is able to communicate to his audience the aura of the piece and the emotions the speaker himself, is confronting.

In addition to the various aforementioned literary devices, a poem’s plot also has the ability to help mold the general tone. Black Sea is a prime example of the effects a poem’s own plot can have on its corresponding tone. Strand’s Black Sea is a poem that has two completely different tones surrounding the beginning and end of the piece, and this is partially due to the shift in its plot. Within the poem Black Sea, lines 10-14 is where the shift begins; prior to line 10 the overall tone can confidently be labeled as hopeful, but after line 10 this does not remain true. At the beginning of the poem, the focus is centered on the longing for a loved one. The speaker is hopeful that the one he is longing for will return soon. Throughout the poem the expectation and hope builds and builds until line 13 and 14 when the speaker resigns himself to a state of dissatisfaction when he realizes that “Why with all that the world offers would you come only because I was here” (Strand, 13-14). Within Black Sea, Strand skillfully utilizes the poem’s own plot and the fluctuations within it to create a prominent tone that evolves in parallel with the narrative of the piece.

In addition to the literary devices a poet uses within a poem to create an overall shift in tone, a poem’s physical format can also contribute to this phenomenon. Mark Strand’s Black Sea is classified as a Petrarchan sonnet where the first six lines of the poem set up the overall scenario of the piece. Within lines 1-8 of Black Sea, Strand expresses the overall scenario; the speaker is longing for a loved one and he is awaiting her return while gazing into the swell of the sea. Precipitously, in line 9 Strand begins writing the “response” to the initial scenario. It is typical in Petrarchan sonnets for there to be a “scenario and response relationship” where the first half of the piece outlines the scenario and the second half responds to or acts as a resolution to the initial scenario. Black Sea exemplifies this trait of the Petrarchan sonnet and the tone is vicariously developed through the poem’s format. Around lines 9 and 10 of Black Sea, Strand begins his response to the initial scenario, marking the abrupt shift in tone of the piece. With this shift in tone, readers are thrust into a feeling of despair, and descend further and further into a sense of hopelessness.

Some may argue that Strand’s poem Black Sea doesn’t qualify as a sonnet because, although there is a response to the scenario painted in the first half of the piece there is no actual resolution within the piece. Despite there being no clear resolution within the piece and no clear restoration of hope, the response in the second half of the piece is true to life; there isn’t always a clear resolution or “happy ending” in this life. Ultimately a critic of the poem Black Sea may see the lack of resolution as problematic nature or a weakness of the piece but those in favor of the poem see it as a strength of the poem. What some may perceive as “lack of closure” can also be perceived as beauty of the piece. The fact that there is no prominent resolution or closure emphasizes the sudden shifts in tone and subject, which is an extremely powerful aspect of the poem.

Throughout Mark Strand’s piece Black Sea, Strand utilizes a variety of literary devices in order to create a prominent tone that develops along side the narrative itself. Through his strategic usage of simile to create the poems setting as well as his usage of plot in itself, Strand is able to convey the emotion and feelings that are sweeping through the speaker of the poem to his audience. In addition to literary devices, Strand also uses the format of the poem as a vehicle to manipulate the audience’s perception of the transition of tone within the piece. Overall, Strand’s poem is a beautiful example of how the correct usages of literary tools and format can convey a profound sense of emotion to an audience.