Hummel figurines may be nice to look at, but they won't play you a song. 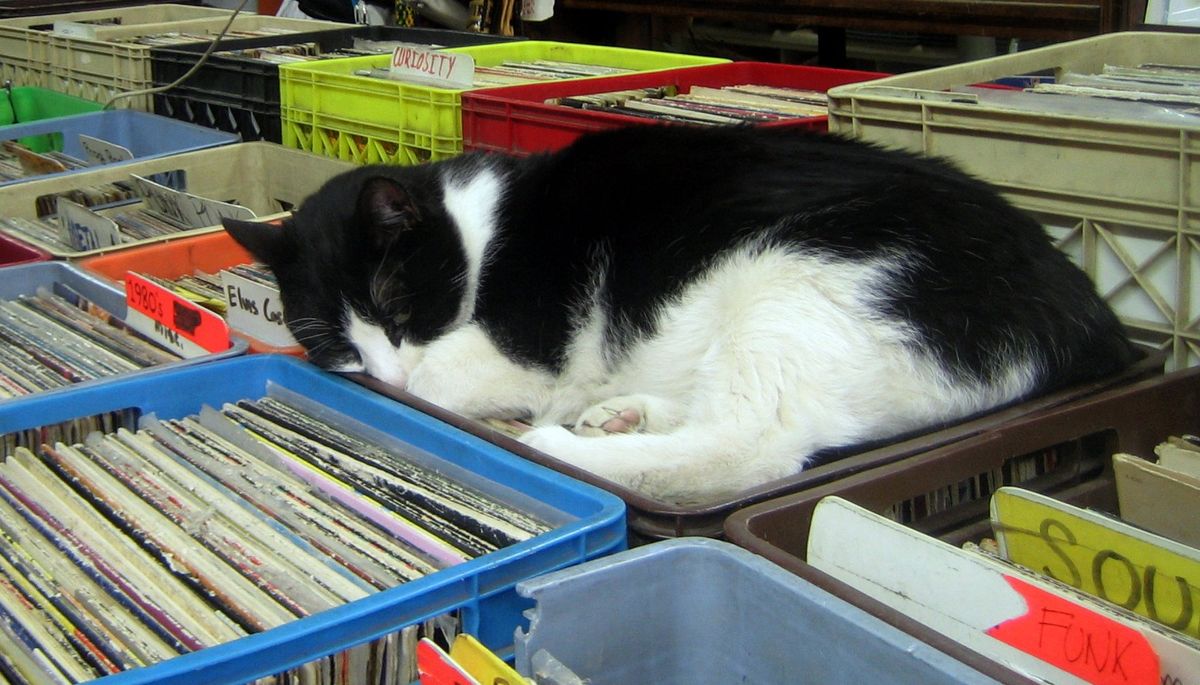 I've been collecting vinyl records since I was 14, that is, I've been collecting vinyl records for almost half my life. Today, my collection spans decades, styles, and takes up a considerable chunk of the living room. While digital music is great for when I'm on the go, and some things just aren't available on vinyl (the format took a major downturn in the 90s and early aughts), vinyl is my preferred way of listening to music by far. Here are 7 reasons why:

The verdict is out on if vinyl records actually sound better than other music formats, but they do sound different, and that's a good thing - those little crackles and pops just feel cozy to me, like I'm sitting next to a fire on a cold night. This is especially true when it comes to digital remasters of classic albums - if they gained so much success and acclaim just the way they were, why change perfection?

Sure, you shouldn't judge a book by its cover, but what vinyl collector hasn't bought something in the dollar bin just because the artwork was hilarious? It's a great conversation piece (#5) and if the record turns out to be terrible, you could always display the cover somewhere (if the record is all scratched up, you could always melt it into a bowl, or learn how to turn it into something cool like a wall clock!)

Then, of course, there are those albums you love who have stunning artwork on top of everything else. Photographs that peek into performers' souls, paintings/drawings that look like they should be in a museum - except, you're supposed to reach out and touch them.

Hummel figurines may be nice to look at (for somebody, not me) and researching them could be fun, but that's about all one can do with them (assuming you don't let a child stick them in their dollhouse). Records have big, nice covers, loads of history (the individual albums and the format itself - did you know that they made the switch from shellac to vinyl in the 1940s? Most records were pressed in the US or UK, and both lost their access to Japanese shellac during WWII), and on top of that, they play songs!

Sure, it's possible to scratch a record beyond playability (God forbid you snap one), but in my experience, it's much harder to scratch a record badly than it is a CD. And don't even get me started on the unraveling abilities of cassette tapes. Nowadays, digital music is pretty reliable (did you computer crash? Hopefully your music's backed up in the cloud), but if all our gadgets went away tomorrow, it'd be much easier to jerry-rig a record player than a computer or CD player.

Have guests over? Run out of things to talk about? Invite them to look at your record collection, and put something on. The music will fill the silence, and maybe you'll find yourself in a great conversation about whatever song is playing. Records are a great way to entertain kids, too - you can show them how the player works, and then keep them busy for a bit while they watch it spin around and around.

Okay, there's a chance the clerks and customers in your local record shop will be total snots, but at least by shopping there, you're funneling money back into the community. And maybe everyone at your local shop is awesome - I've been to stores where they have beer and snacks out on a Friday night, or where they give you a grab bag of random records with a purchase. And you never know who you'll strike up a conversation with, and what performers you'll both love.

Online, too, there is a great community of vinyl lovers. There are Instagrams and Tumblrs dedicated to vinyl records, and Discogs is a website/app for cataloging and discussing all music formats but is popular among record shoppers.

I'm by no means an organized person, but there's something so satisfying about alphabetizing my record collection (I have one bin for A-L, one for M-Z, and another that holds compilations and soundtracks). When people realize it's all alphabetized, they may laugh, but when I just have to listen to a certain album, I want to be able to find it right away.

Hopefully, I never have to sell my collection, but I have it all cataloged on Discogs, and have a sense of how much my collection is worth (and, conversely, how much I've spent on it over the years - eek). Even better, when I'm rummaging through a record bin at a store, I can pull up the app and verify if I have something or not - that way, I don't accidentally pass on any gems, and I don't double-dip, leaving someone else to discover one of my favorite records.

More and more contemporary albums are being released on vinyl, and of course, there are so many great older albums out there, waiting for you to discover them. It's possible to get a basic turntable for under $50, so if you've been thinking of starting a record collection, maybe 2018 will be the year!