12 Reasons Why Becoming An Adult Is Terrifying

12 Reasons Why Becoming An Adult Is Terrifying

Growing up is scary. 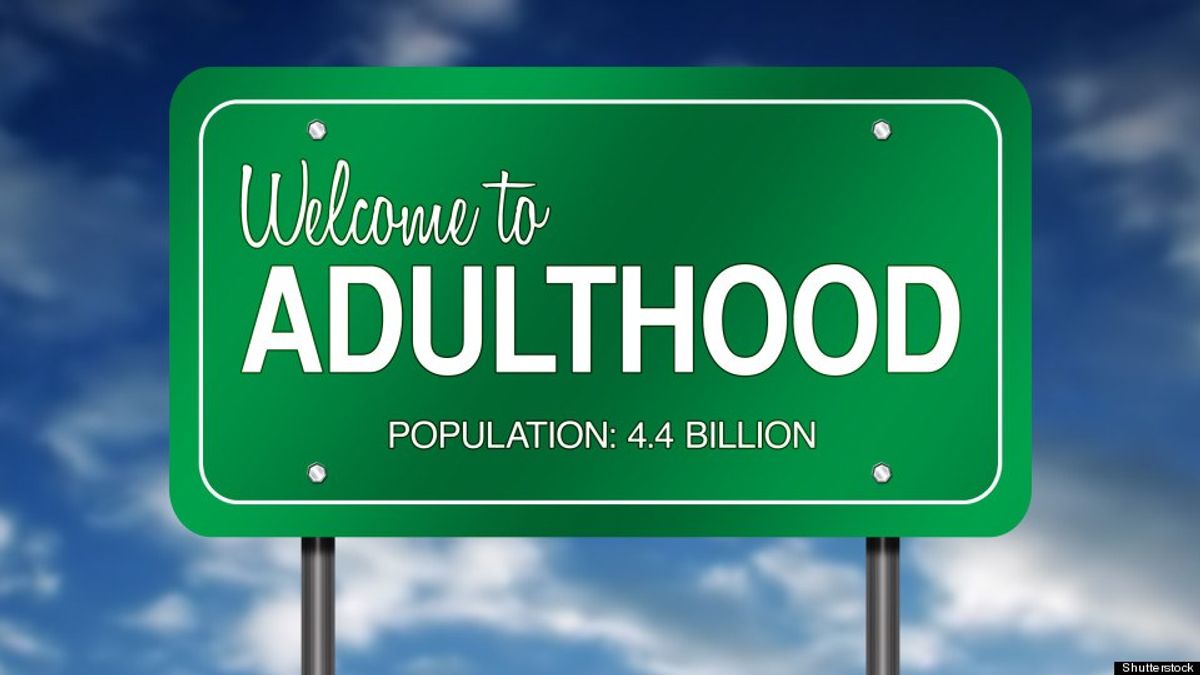 There is not a moment in a person's life where they wish to not grow up. Growing up and going into adulthood means getting a job, a car, a house or apartment and having responsibilities. Those who are already in adulthood or as I'd like to call it "Adulting" sometimes long for the days that they do not have to worry about all the responsibilities they have now. Going into adulthood is a scary thing, exhilarating yes, but also quite terrifying at the same time. The fear of growing up is mostly faced by college students. They are at that in-between stage of finishing school, getting a job and facing the real world. A few reasons why people are scared about growing up are:

1. Not knowing what is ahead.

What is terrifying the most about growing up is not knowing that is going to happen along the road. You've had your life mapped out while you are still in school, but once school is over and you step into the real world where you have to work and make a living for yourself you are afraid of not knowing what you will face along the way.

2. Getting the job you want.

Getting that dream job that you have been wanting for as long as you can remember plays a factor in growing up. Sometimes getting what we want is not easy and a job is one of those things where you have to work hard to achieve it.

4. Paying your own insurance.

You know you have reached adulthood when your parents no longer include you in their insurance plan. Being an adult means paying for your own insurance and the thought of paying for own insurance makes it real that you're an adult.

Some people have gotten used to having their parents or friends around them so much that when it is time to move on and start their own individual lives, they get separation anxiety. Although it is scary, it's part of life and we have to become our own individuals.

When we become adults, the fear of loneliness is something we often go through. Being independent and living on your own is what makes the fear of growing up more prominent. Even though starting a career and being on your own seems intimidating it won't be once you take that first step towards independence.

You've watched your parents rush to do their taxes, now it's your turn to do yours but you have no idea where to even begin. Not filling for taxes is illegal so its one of those things you have to do which makes it more terrifying.

All those times you wore sweat pants, shorts and t-shirts everywhere you went is sadly coming to an end. Being and adult requires the need to looking professional about eight percent of the time. The days of lazy clothing has come to an end.

The moment you get a job after graduating college is the last time you'll get breaks (except if you become a teacher). Say good goodbye to fall, winter, spring and summer breaks and hello to labor.

It is hard enough getting out of bed at 12. Being an adult means waking up early for the rest of your life till you retire. Let's be real, that is not the most pleasant thing about becoming an adult.

Not only was it scary making friends in college, but having to do it all over again when you become an adult while starting a new job makes it also frightening.