Netflix's 'Queer Eye' Is For Everyone And Here's Why
Odyssey

9 Reasons You Should Watch 'Queer Eye' If You're Gay, Straight, Or Want To Make America Great Again 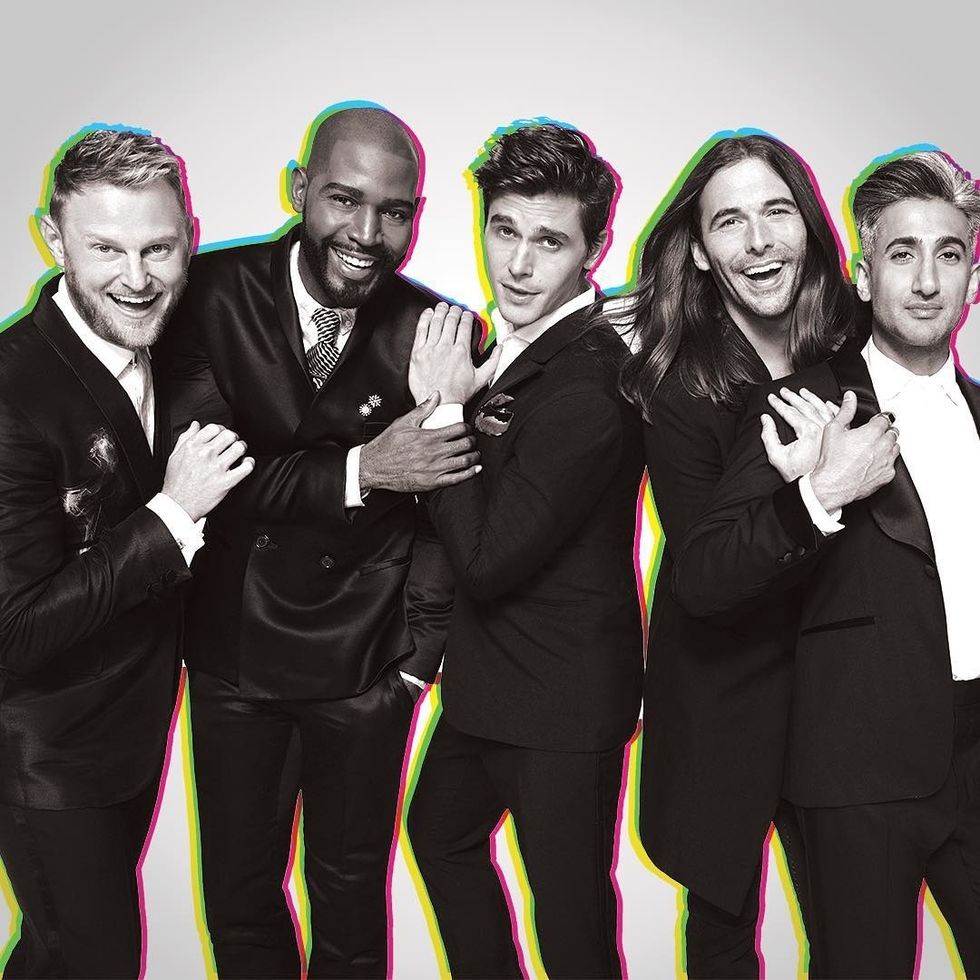 In case you haven't heard of this show yet, Queer Eye is a new Netflix show. A reboot of the 2000s' Queer Eye for the Straight Guy, the show takes place in Georgia and features 5 gay guys who make over a different man in each episode. They cover five areas: looks, house, life, clothing, and food. Queer Eye currently has two seasons and was recently renewed for a third season, which will take place in Kansas City.

However, Queer Eye is more than just another makeover show. The people, or "heroes," featured in each episode come from all different backgrounds.

One episode features a trans man, another a black gay man, and one even features a woman. What appears to be a makeover show is actually an informative experience of different cultures, personalities, LGBTQ, religions, and more. The show also works to redefine masculinity and what it means to "be a man."

So here are 9 reasons to watch Queer Eye:

If Karamo wasn't doing Queer Eye, he'd definitely be a life coach or psychologist. Karamo is the culture expert on Queer Eye, and he is an incredibly intelligent, well-spoken person. The man just knows how to talk to people in a way that doesn't make them feel pressured to share anything, yet they want to tell him things. Karamo brings out a side of each person they make over that you didn't quite see before. He manages to find the root of each person's worries or troubles, and help them get to a place where they feel better about it. All I'm saying is, I'd replace my therapist with Karamo in an instant if I had the chance. (Sorry, man.)

Antoni is the food and wine expert. He's also that adorable person you just want to shelter from everything. Think Eddie Redmayne or Tom Holland, and you'll get what I mean. There's an episode in season 2 where Antoni begins crying and it's honestly one of the most heartbreaking things to see such a usually upbeat person look so upset. He's the sweetest person ever, he's a BOSS in the kitchen, and he's funny. He makes you drool every time he comes on-screen because the food Antoni makes looks so damn good, you want the recipe! (Okay, also because he's attractive. And gay.) You'll wish Antoni would release a cookbook of everything he's taught the heroes to cook. Especially that tadig in season 2 episode 6 -- you'll have major heart eyes when you see that.

Tan is in charge of clothing. He manages to make the most basic clothes look like top fashion simply because he walks with confidence. And he helps the "heroes" on the show get there, too. Tan never forces anyone to dress a certain way or wear things that make the person uncomfortable. He does his best to pick pieces that are stylish but don't push people too far. Through clothes alone, Tan helps the heroes build their confidence and see what they could become in a way they might not have been able to before.

Bobby is the design expert with an insane talent for his area. I swear they always give Bobby the least amount of screen time, yet he's making over whole houses in just a few days. You'll constantly find yourself wishing that Bobby could come to renovate your house. Bobby is clever and creative not just with the remodeling, but with the interior design. He knows how to pick furniture and storage that is optimized for each hero's personal needs. Need a way to get your 6 kids to start doing more around the house? Say hello to your new chore board. Don't have enough storage or cooking space? Bobby will find a way to put in more of each in ways you didn't realize were possible within that space.

YES HENNY. JVN comes off as the most stereotypical flamboyant gay guy at first, and the fact that his specialty is beauty probably doesn't help. (Um, this gif probably doesn't help, either.) BUT, Jonathan is incredibly smart and informed on a variety of important topics, and is so much more than he appears. He also manages to pull off the best outfits, often with women's clothing pieces (including heels) better than I, as a woman, can! He radiates confidence. Like Tan, JVN never forces anyone to take on a look they aren't okay with. He works with each person to find a midway point, giving them a new look that the person is still comfortable with. For example, if you have a beard you don't want to part with, Jonathan will clean it up rather than remove it completely. JVN helps the people feel more comfortable in their own skin simply through hair.

6. It’ll make you believe there’s still good in the world

You can just feel your heart turning to mush as you watch how five gay guys change someone's world in each episode. They're all so genuinely good and well-meaning. The Fab Five want nothing more than to help their "heroes" find themselves, grow into better people, become more confident. To see that kind of no-strings-attached dedication to helping others reminds you that despite all the negative things going on, there are still good people out there.

7. You’ll be motivated to better yourself

Every episode contains at least one aspect that I feel everyone can relate to. Whether it's eating healthier, dressing better, cooking more, a piece of advice given, etc., there's always something every individual viewer can take away and apply to their own lives. Through the show, the Fab Five aren't just helping the 16 people who appear on the show - they're helping their thousands of viewers, as well.

8. You gain an insight into a variety of worlds unlike your own

Each hero has a different background, a different story, comes from different experiences. Queer Eye gives its viewers a chance to learn more about those different worlds and experiences with a personal inside look.

Queer Eye shows the heavily complex and often painful relationship LGBTQ people may have with religion, by showing Bobby talk in two different episodes with their religious heroes. We gain a more personal insight into Indian culture and the expectations parents will have for their children that adds depth beyond the stereotypes. We see Karamo and AJ, a black gay man who is one of the show's heroes, talk about what it's like to be both gay and black. A particularly intense discussion is shown between Karamo and Cory, a police officer, as they discuss both sides of the issues regarding black people and police brutality.

One episode I'd particularly like to note is in season 2, titled "Sky's the Limit." This episode features Skyler, a transgender man who recently had top surgery. The episode is one of the most intense Queer Eye episodes because of how in-depth the Fab Five and Skyler get into the issues and experiences trans people face. And that one hour doesn't even encapsulate everything that was discussed and occurred. According to Skyler himself, over one week was spent filming and only a fraction of all the content made it into the episode (Them). But by showing even that small fraction, giving audiences--and a couple of the Fab Five--a sort of "trans 101" class via the episode is so important, especially now

9. You'll feel ALL THE FEELS

Like I said, this show is incredibly heartwarming. You'll feel all happy inside as you watch each person undergo their transformation and come out the other side a new, confident, happier person than they were just a week before. This emotional connection of sorts is formed with people you don't even know, just because in some way or another, you sort of see yourself in them. You start to care about the heroes like you would for someone you personally know. The feels are REAL with this show, guys.

Now if you'll excuse me, I'm going to go re-binge and bawl my eyes out at this amazing show.