What It Really Means To Be Pro-Life

What It Really Means To Be Pro-Life

Because yes, there is a difference between pro-life and pro-birth. 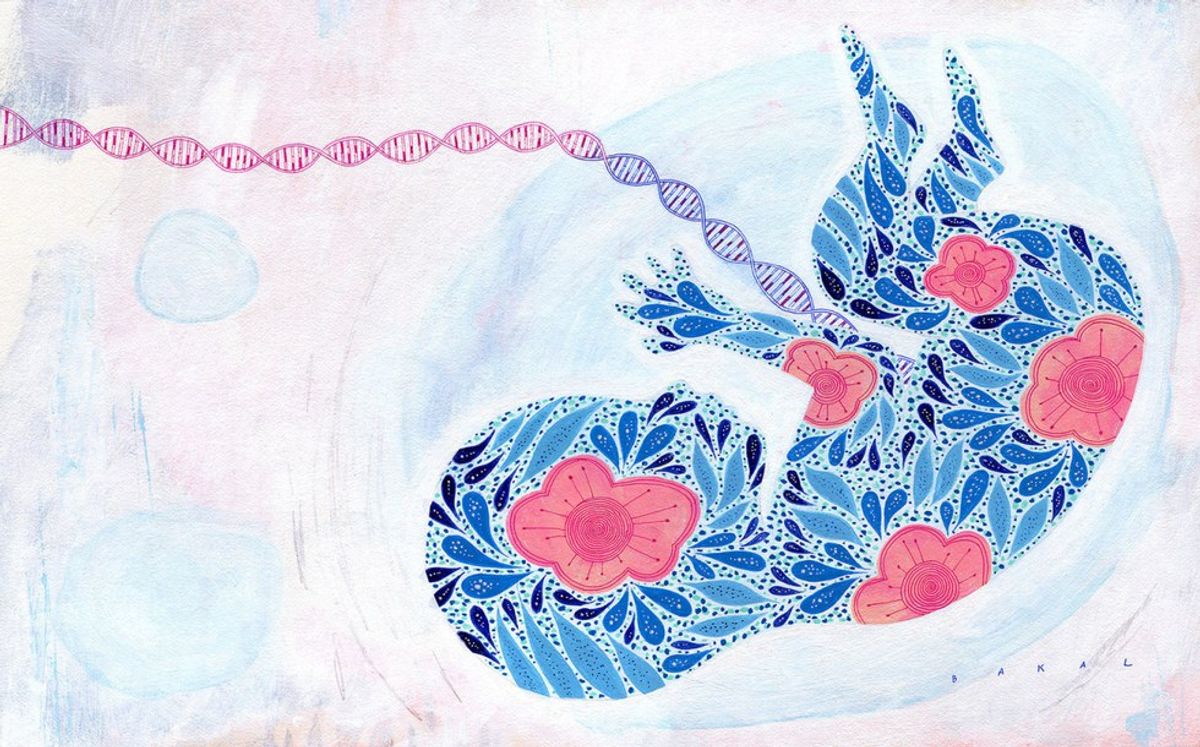 I recently read a statistic that got me thinking. It stated that there are over 415,000 children in the United States foster care system. If one family in every three churches were to commit to adopt one child, every one of these children would have a home. This seems like such an attainable goal, yet it has not been met. Thinking about this gave me hope, made me uncomfortable, and set my mind out on rabbit trails, all at the same time. It was then that I started thinking about life: from conception to birth, and from birth to death.

Most of these said churches in the United States have strong convictions and morals that propel them to take up a pro-life stance on the controversial topic of abortion. Whether this means picketing on street corners or subtly slipping it into a sermon, traditionally, the church opposes 1973's case of Roe vs. Wade. On the other side of the debate is the pro-choice stance, which advocates that the government should not legislate a woman's body and she should have the choice to end a unwanted pregnancy.

I'd like to start by clarifying a few things now, before things get sticky. First, whatever abortion is, it is not simple. I can't even begin to imagine being in a place where I am faced with having to make a choice to keep or terminate a pregnancy. I say confidently, typically a person who chose to have an abortion did not take the decision lightly, so let's not be quick to judge. Second, supporting a woman's right to choose does not inherently mean that that person is anti-babies and fully supports the act of abortion. A person who votes pro-choice may not even believe in abortion (this is the reason for calling it "pro-choice" not "pro-abortion"). In the same way, opposing abortion does not automatically make a person pro-life, but rather pro-birth.

There is so much more to being pro-life than just opposing abortion, which is something that is not discussed nearly enough by those who proudly claim the title of "pro-life".

Pro-life is not a stance, a mark on a ballot, a bumper sticker, or a picketing sign, it is a complete and total mindset of valuing human life in every form.

Pro-life means being a support system to the anxious mother who made a difficult choice to keep her baby -- throughout her pregnancy and then on after. It is adopting a child who needs a forever home (not just cute babies, mind you). It is taking on the role of a foster parent and providing a safe, loving place for children of all ages to feel welcomed. Pro-life even means providing education and resources to prevent unplanned pregnancies in order to avoid tough choices.

Pro-life means supporting those who are less fortunate. Those who struggle economically or depend on government assistance. Even if it means your taxes go to funding programs like universal healthcare or assistance in the grocery store.

Pro-life means valuing the lives of innocent civilians abroad. It means we don't support bombing entire cities and carelessly murdering bystanders in hopes of reaching a small target. It means supporting refugees and people who have managed to escape death, but have lost their homes.

Pro-life means valuing life outside of the womb just as much as, if not more than, life inside of the womb. It is protecting everyone's right to live and thrive, not just the unborn. It is relatively easy to oppose abortion, to call someone a murderer, and to judge someone by their actions, but what really makes a person an advocate is to demonstratively value life in every scenario.

I will leave you with this quote, which states so eloquently what I feel in my heart.

"I do not believe that just because you're opposed to abortion, that that makes you pro-life. In fact, I think in many cases, your morality is deeply lacking if all you want is a child born but not a child fed, not a child educated, not a child housed. And why would I think that you don't? Because you don't want any tax money to go there. That's not pro-life. That's pro-birth. We need a much broader conversation on what the morality of pro-life is." - Sister Joan Chittister
Report this Content
This article has not been reviewed by Odyssey HQ and solely reflects the ideas and opinions of the creator.