The Truth Behind The Life Of A Server
Odyssey
CurrentlySwoonLifestyleHealth & WellnessStudent LifeContent InspirationEntertainmentPolitics and ActivismSportsAdulting
About usAdvertiseTermsPrivacyDMCAContact us
® 2023 ODYSSEY
Welcome back
Sign in to comment to your favorite stories, participate in your community and interact with your friends
or
LOG IN WITH FACEBOOK
No account? Create one
Start writing a post
Student Life

The Truth Behind The Life Of A Server

It isn't all peachy all the time 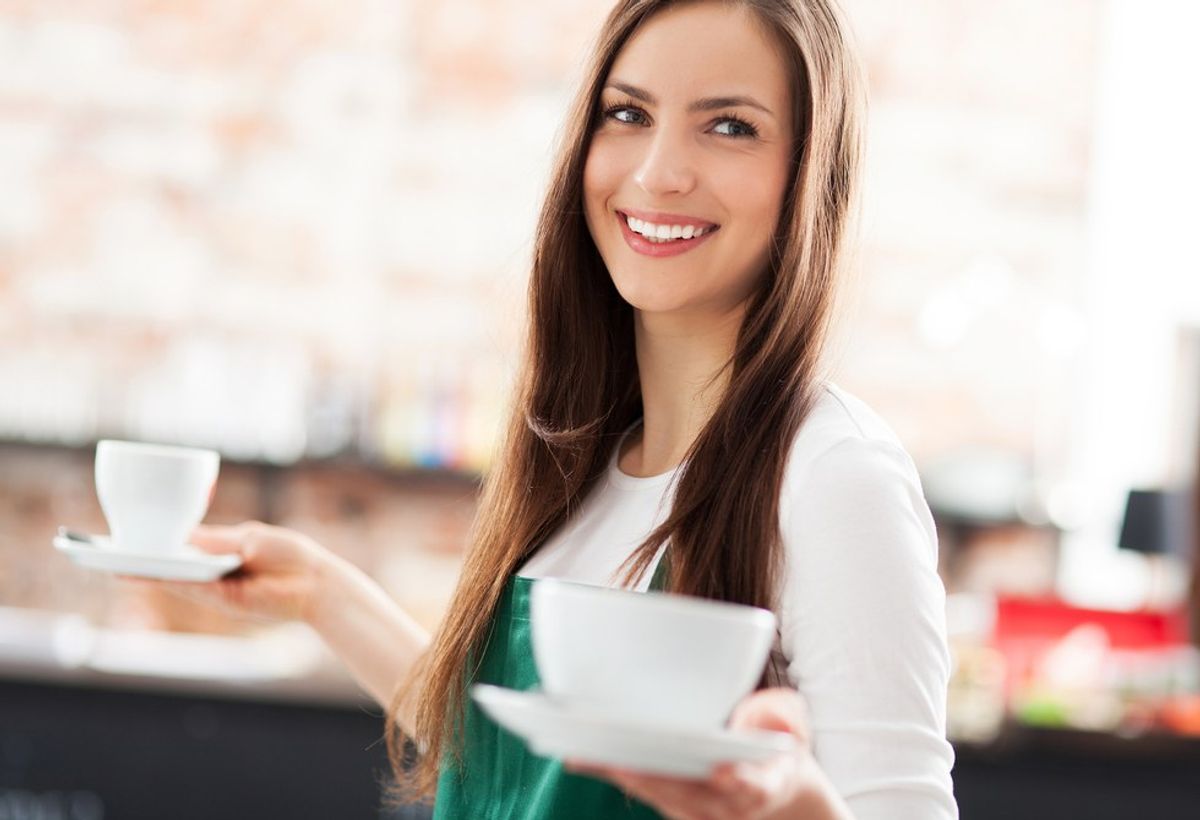 I’ve been in the restaurant business since I was 16 years old. I’ve been a waitress for a little over a year. As a waitress, we work the hours when everyone else is ready to go out and have a good time. We deal with table after table filled with all kinds of people, and at the end of the night, sometimes the payout isn’t really enough for the stress we deal with every night. I’ve had beer thrown at me, I’ve been cussed out over someone’s steak not being cooked correctly and I’ve had people tip me nothing when they got perfectly good service. The truth is, being a waitress is not a glamorous job and it’s not something I want to do for the rest of my life.

Every weekend, I put on a uniform and get ready to go into work. On Saturdays, I work a 10 hour shift straight through minimum. This may not sound like a lot, but it’s mentally draining and it’s physically demanding. I did not know how important good shoes were until I started working at my first waitressing job. I’m on my feet nonstop for 10 hours every Saturday. We take the orders and we deal with people blaming us for things that are completely outside of our control. We don’t cook the food, we just serve it, but sometimes everything that goes wrong at a table is our fault, and that’s not fun.

As a waitress, I make $2.13 an hour, and I see none of that. My income is entirely in tips. What people decide to leave on their table after a meal with me serving them decides whether or not I get to keep the roof over my head. That’s difficult when people seem to think that good service requires a 10 percent tip or no tip at all. I can’t even begin to tell you how many times I’ve been told I’ve given someone the best service they’ve ever had at my restaurant and they leave me nothing.

On top of some customers not tipping, part of our tips go to the bus boys, food runners and hostesses. Every Saturday, I lose $50 of my hard earned dollars to tipping them out. Tipping out is incredibly frustrating when, most of the time, we servers end up bussing their own tables and running their own food.

Along with dealing with customers who can sometimes be less than pleasant to deal with, we deal with our coworkers. I swear, working in a restaurant is like I’ve been transported back to high school. We don’t always work as a team, and that’s difficult when there are a million things that need to be done behind the scenes while we’re also taking care of our guests.

At the end of the day, the next time you go out to eat, keep in mind that your server may not be having the best day. She may be on her 11th hour of work without a break and she probably hasn’t eaten, she may be running around in the kitchen trying to stock everything, and she may be in the back waiting for your food to come out so that she can take it to you as soon as it’s available. A server’s life isn’t glamorous; we work long hours and the conditions aren’t always the best, we deal with over 100 guests a day and we have to keep a smile on our face. Sometimes the payout isn’t worth it, but we know it isn’t forever so we continue to put on our uniforms and walk into our restaurants to serve another 100 guests because it’s what we have right now.