The Real Issues Behind The Charlottesville Riots
Odyssey

The Real Issues Behind The Charlottesville Riots

We need to take this seriously. 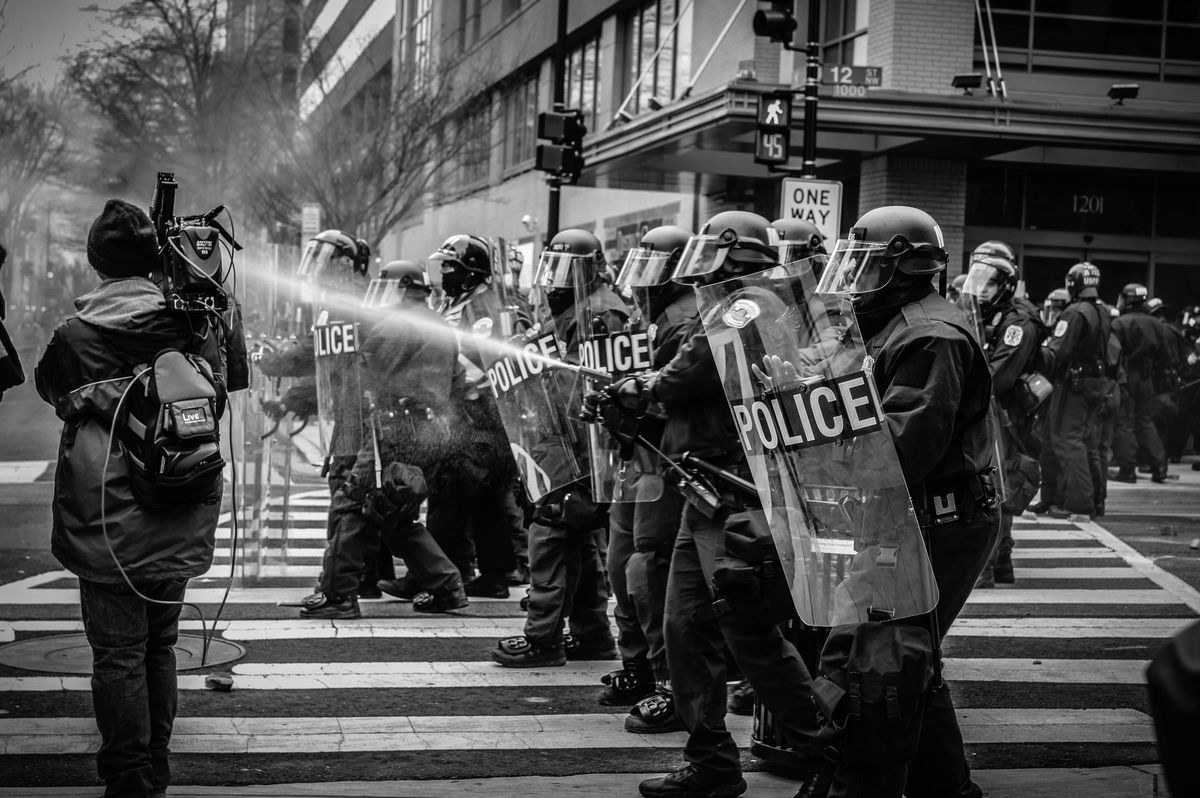 It's all over Facebook. Violent and non-violent protests alike have arisen in Charlottesville, Virginia surounding the plans revealed in April to remove a statue honoring Confederate General Robert E. Lee and rename two parks, Lee Park and Stonewall Jackson Park, honoring Confederate Generals Robert E. Lee and "Stonewall" Jackson respectively. The statue stands as a symbol of heritage to some, and a symbol of hate to others. Protesters have moved to sue the city for the removal of Lee's statue on the grounds of removing heritage. The city has decided to prolong the statue's removal for a period of six months during the proceedings.

In May, protesters of the monument's removal gathered around it with torches. These torches are reminiscent of KKK fear tactics. The following night, counter-protesters gathered in a candle light vigil. Whether or not these fear tactics were intended, they encouraged KKK members to gather in Charlottesville for their own rally, at which members gathered, carrying Confederate flags, chanting "White power." They were met with protesters, shouting at them to leave, their screams overpowering the KKK voices. August 12's "Unite the Right" rally was originally intended to support the heritage the monument supported, not the hate the city was attempting to remove. In July, 200 residents of Charlottesville attempted to have the rally canceled, anticipating the rally to erupt into violence. Unfortunately, they were right.

These protests have been going on for months. Tensions are high, and hate groups took the chance to rise and make a statement. The rally turned into a hot bed for violence against minorities. People showed up carrying flags supporting many White Nationalist groups, waving Nazi flags, Confederate flags, and more. Many of them where shouting phrases like "We will not be replaced." They were met by counter-protesters, who wanted an end to the racism.

According to CBS News in Atlanta, a violent clash ensued where both sides shouted, threw punches, water bottles, and even chemical sprays. Eight individuals were arrested due to these actions. However, this wasn't the only violence that occurred. A car plowed through the crowd supporting the statue's removal, killing a 32-year-old woman, injuring many others. Two officers were killed as a result of the violence, leaving the casualty count at 3 dead, 23 injured.

Outrage has erupted all over the country, especially at President Trump's late address of the situation. In his address, he claimed that both sides were at fault, but refused to address the White Nationalists directly. When asked his opinion, he simply remained silent and left. The White House scrambled to cover his blunder, saying that his address at the violence and hate did cover these groups, but not everyone sees it that way. In fact, the Daily Stormer, a White Supremacist website, praised the president in his silence.

Maya Oppenheim, writer for Independent, outlines this article which addresses the Daily Stormer's reaction to President Trump's address. Here are some of her quotes with their responses:

”Trump comments were good. He didn't attack us. He just said the nation should come together. Nothing specific against us. He said that we need to study why people are so angry, and implied that there was hate... on both sides! So he implied the Antifa are haters.”

Antifa, shorthand for antifascist organisations, refers to a loose coalition of decentralised, grassroots groups opposed to the many guises of fascism which began in Europe in the 1920s.

“There was virtually no counter-signaling of us at all,” the Trump supporter continued. “He said he loves us all. Also refused to answer a question about white nationalists supporting him. No condemnation at all. When asked to condemn, he just walked out of the room. Really, really good. God bless him.”

On Tuesday, August 15, President Trump addressed his own blunder. He said that his hesitance was to make sure he had all the facts before he made his address. His vague address was because there was hate displayed on both sides. Yet he still avoided denouncing White Nationalist groups directly.

While President Trump is right in the fact that both sides showed violence and that we as a nation need to come together against the hate, he failed to say how. He failed to denounce hate groups directly, and some of these groups have taken that as support. This is not only a problem, but it could be a premonition of doom.

Think about it. How has the nation reacted to this news? People are outraged all over. Anger tends to lead to violence. Violence leads to more violence. White Supremacist groups taking action is an issue, but it's not the only issue anymore. We have yet to hear the President of the United States denounce these groups with his own words.

What does this mean for our nation? Will we slip into another war? If we do, what will this war be? People are already posting on Facebook, questioning if we will have World War III or Civil War II. Either case would be horrible. If you take a look at these White Nationalist groups, you realize that their hatred is not only for other nationalities, but different ethnic groups and the LGBT community. Many of them support a misogynist view point as well. We're forced to ask ourselves, as a nation, what is it that we truly believe?

As more time moves on, we see more hate crimes arising. Will this turn into another situation with work camps? People tend to gloss over our own history with the Japanese camps during WWII and Guantanamo Bay. The United States has slipped into the same mentality as the Nazi's during the Holocaust before. Without being properly informed, our nation could easily fall into it again. Did I mention that Guantanamo Bay is still open?

This isn't the only issue either. Many in these groups claim to be Christian, and many other Christians are claiming hatred in other forms. We see hatred in the form of protests against Gay marriage and the LGBT community as a whole. We see it against Muslims and Hispanics. We see it in the oppression of women's rights.

As a Christian, I find this very alarming.

1 John 4:20 says "Whoever claims to love God yet hates a brother or sister is a liar. For whoever does not love their brother and sister, whom they have seen,cannot love God, whom they have not seen." 1 John 3:14-15 says "We know that we have passed from death to life, because we love each other. Anyone who does not love remains in death. Anyone who hates a brother or sister is a murderer, and you know that no murderer has eternal life residing in him."

The list keeps going, but the hatred never ends.

Not only are we seeing atrocities within our own society, they are caused by hate. Hate is an evil that needs to be addressed. Even if you are not Christian, we, as a nation, need to open our eyes. It's time we stand up for what's right. Don't use violence to protest. That just adds more fuel to the hate. Stop standing back from the world and closing your eyes to what you don't like.