I wrote a poem about when my ex boyfriend raped me, which was also the first time I experienced sex. 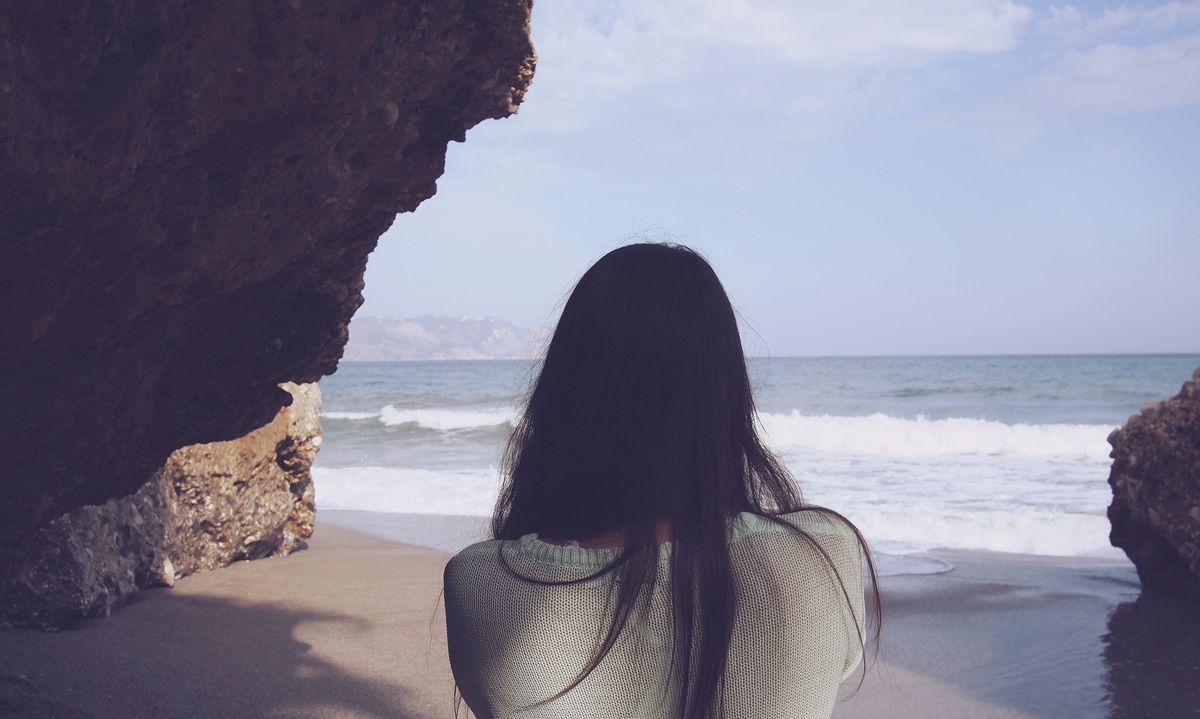 Growing up Christian, my first knowledge of birth was love. I remember my mother telling me that when people fall in love, children are born. This resulted in me being terrified of crushes until my first one and I discovered that no, I am not going to have a child, I am just going to have a butterfly heartbeat and have my breath catch every time I see them smile. Falling in love was magic, and when I learned about sex, it seemed like magic too. Sex was what happened when people fell in love so hard that their bodies could not contain it. I wanted my first time to be magic, too.

My reality was anything but. After I was sexually assaulted by a family friend my parents' age on my 18th birthday, I fell into situational depression. Most days were spent sobbing on my bedroom floor contemplating whether life was really worth living. I wouldn't eat. I wouldn't shower. Blake's* friendship was one of the few things that got me out of my room and into the world. We texted continually and we would hang out once a week or so. I slowly started going out into the world and rediscovering that there was more to life than the pain inside me. I started to hang out with my friends from school and slowly but surely, I started to find hope in life again.

Two months passed and I had a crush on Blake. I didn't think much of it until he told me he was graduating college in a month. I was shocked. I was a senior in high school. I had thought Blake was a freshman or sophomore in college. He told me he was 25. I wasn't sure what to do. Blake liked me back yet his age worried me. I told him that if we were to date, it would have to be slow. I asked my parents if it was okay for us to go on dates and we set up firm boundaries around where and when dates would be.

Another month passed and I asked if it was okay for us to be in a relationship. My parents were hesitant yet agreed.

All of our dates were in public and things were going well with Blake. However, near the end of May (four months in), I became really sick and had to be in bed mostly. Blake asked if it would be okay for us to hang out at his place and watch TV given that I preferred dates in public. I decided to say yes because all of the times I had spent with Blake, he had shown me nothing but respect and kindness. I had told him that I wasn't ready to be sexual with him and he told me he completely understood.

He had never pushed me too far. We went to his place and put on Netflix. We started making out and things got heated. He went inside me and I told him to stop. He kept going for a minute and then stopped, saying, "Oh shit. I'll get a condom." I was frozen. I couldn't stop shaking. He said my name and I didn't respond.

"I didn't want to have sex with you. I told you I wasn't ready," I said, starting to cry.

"I want my clothes." He gave me my clothes and I got dressed, crying. I felt paralyzed.

"I trusted you," I whispered.

"Look, I feel bad about it, but it was an accident. It wouldn't have happened if you didn't want it."

Although it has been almost a year since this event, it still haunts me.

I count what Blake did that day as rape yet I know others would not. It is not a black and white case. He was my boyfriend and I didn't have much clothing on. I had consented to making out. Although there is an eight-year age gap between us, I was 18. Being raped by Blake was and continues to be devastating for many reasons. As a survivor of sexual assault, I already have trouble with physical contact. To have been further sexually violated so soon after the first time sent me into shock. I decided to pretend it never happened. I didn't tell anyone except that we had sex.

I kept dating Blake to try and keep up the charade that nothing happened.

I couldn't cope with the reality that I had been sexually assaulted and raped. When I finally broke up with him because of this event, he still didn't think he did anything wrong. Whether this counts as rape or not is my decision to make, yet in sharing this article, I know you will have your own opinion. I am choosing to share a poem I wrote with you about it to show that regardless of how we define rape, being objected to any sexual activity that you do not want is a horrible experience.

I wrote a poem about this experience with Blake. You can read it here.