If you're caught up, you know which one I mean. 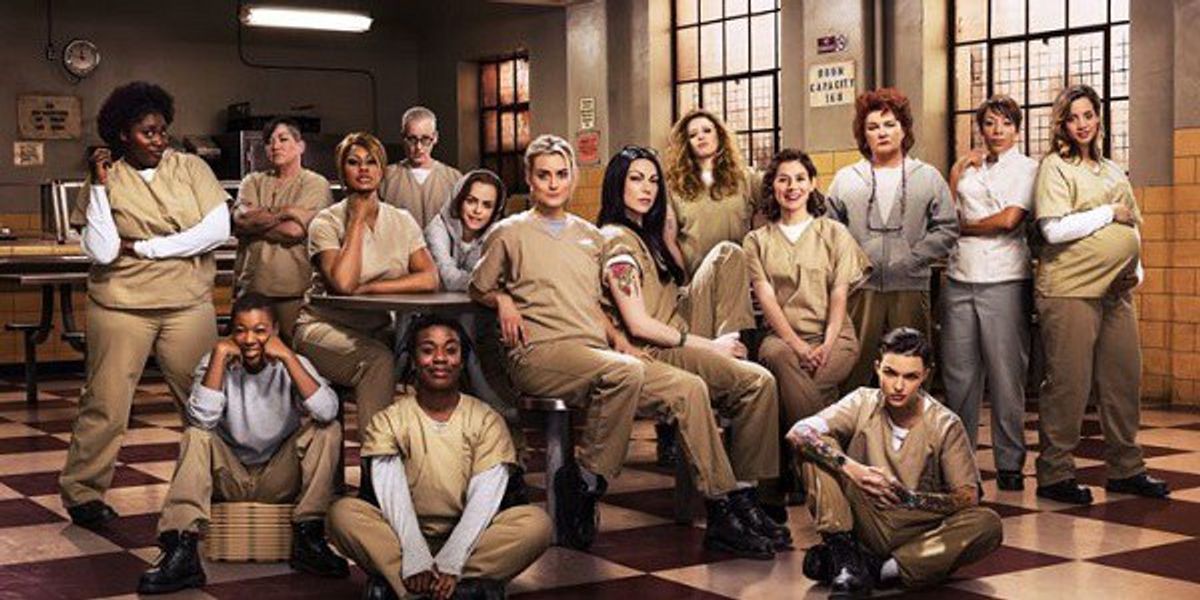 Spoilers ahead. Seriously, if you haven’t caught up with the new season yet, spare yourself. Come back later.

I will begin by saying that I was heartbroken when she died. Poussey was my favorite character. She spoke three languages and was a bright, friendly person. She loved books and made great hooch. I knew she would not be a recidivist. I wanted to see her get out of prison, travel to Amsterdam, and live her life. However, in one devastating moment, she suffocated under the knee of the sweetest guard to work at Litchfield. I still have to remind myself that she's dead.

Nonetheless, this article is not about the fact that she died. I think that her death is a smart move on the part of the writers, actually. When you want to create an impact, you kill a character that everyone loves and no one thinks is in danger. Because of this, I think that her death will bring good discussion regarding Black Lives Matter and the fact that characters of color and LGBTQ characters are killed off more frequently than straight, cis white characters.

First, I take issue with the fact that no one confirmed her death. The first thing that you do when you think someone might be dead is to check for a pulse. No one did this. In fact, it is probable that no one bothered to touch her at all. This is a problem because the guards are responsible for the inmates. They have to check for death. Not to mention, the majority of the guards are veterans. While they have seen more than their fair share of death and might know it on sight, they should know to check anyway.

Second, no one performed CPR. Given that she had suffocated only seconds before, someone should have tried. Again, this is something that all guards should know how to do, but especially the veterans. Surely, there is some field protocol. Even if by some random act of fate not one guard knew CPR, statistically speaking, at least one inmate should have known the basics. Poussey could have been too far-gone at that point to resuscitate, but they should have tried. Not only would that give credibility to her death, it would also make the entire scene more realistic.

Finally, I take serious issue at Taystee’s reaction. I realize that she has seen many dead bodies, but it seems odd that she would immediately consider Poussey unsalvageable. Shouldn’t she have ordered someone to perform CPR, or try herself, before laying down next to Poussey and wailing? It is unfair to consider someone who has only just stopped breathing dead before you have even tried to save her life. Not to mention, it is soap opera quality acting. It is more effective to see someone have to acknowledge someone’s death internally or, you know, have some type of emotional lead up before they cry. When an actor immediately begins sobbing, she lessens the emotional truth of the scene.

All three of these things lessened the impact of her death on me. Instead of coming away from the episode shocked into deep thinking, I grew angry at its delivery. I am still angry. There is a hashtag on Twitter that reads #Pousseydeservedbetter. They mean it as she should not have died, but I agree for a different reason. I think that her death was a great choice, but she deserved to have her writers and director execute it better. She deserved to have someone, at the very least her best friend, try to save her.

She deserved to have a death as believable as her life.

Caitlin Marie Grimes
University of South Florida
10304
Beyond The States