Who's worth staying awake to watch? 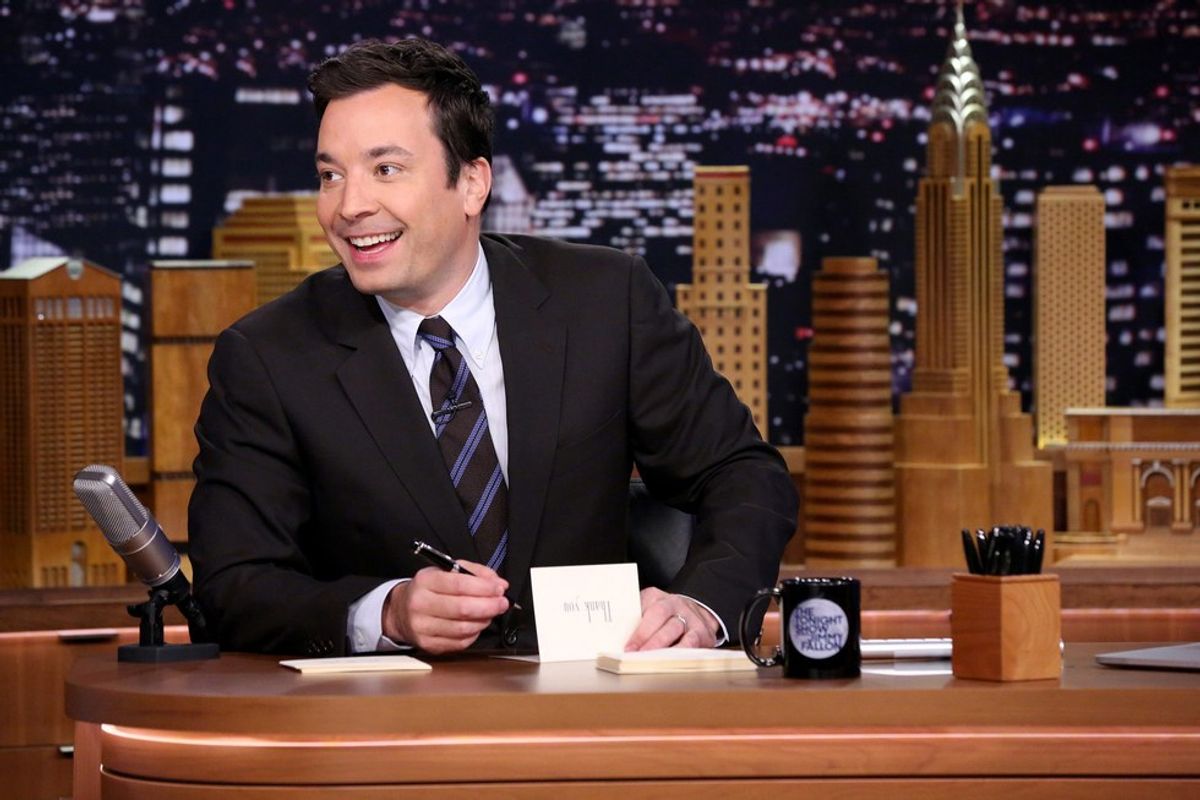 Late Night talk shows have become enigmas in today’s society, especially since people now find more entertainment in short-and-sweet online videos rather than 30-60-minute television programs. However, some people -- such as me -- still appreciate all the nuances these shows offer, such as the monologues, celebrity interviews, and well-written comedy bits. Since there are now so many late night talk shows available to watch, I decided to rank every host based on their humor, personality, and what they bring to the late night table. Please note that a “late night talk show” is any talk show that airs after 11:00 PM EST, and while overall popularity did play a factor in my rankings, it was definitely not the most important factor in choosing who was number one. Please enjoy:

These days, Daly is known better as the host of the host of the wildly popular singing competition “The Voice”, but ever since 2002, he’s been following “The Tonight Show” and “Late Night” on NBC with his own talk show, “Last Call with Carson Daly”. Although Daly has more experience than both Jimmy Fallon and Seth Meyers, he lacks improvisational humor, which is probably why “Last Call” now only focuses on its interviews and musical performances.

Cohen hosts “Watch What Happens: Live” on Bravo, which has an extremely casual format featuring a lot of reality TV stars as its guests. With his show being much more relaxed than any other late night talk show, Cohen appears to have a lot of fun with his guests and never seems to be too tight-lipped. However, there isn’t much actual content in “Watch What Happens: Live”, which makes me believe that he wouldn’t be able to host a late night show on network television.

Handler (technically) returned to late night this summer with “Chelsea”, which streams three episodes per week on Netflix. She was known to be very risqué on her former E! talk show “Chelsea Lately”, but she’s now trying to broaden her horizons on her new show with relevant topics. Like Cohen, Handler’s humor doesn’t really connect with a large audience, so having a show on Netflix is probably the best opportunity that she’ll ever get.

Noah was the surprising choice to replace the legendary Jon Stewart on “The Daily Show”, so the odds we’re immediately against him to retain the show’s outstanding ratings. While his first year as the show’s host was a bumpy ride for everyone involved, he finally looks comfortable behind the desk and his audience has grown familiar with his style of comedy. He’s certainly no Jon Stewart, but I expect him to continue to improve year-by-year

Maher’s political talk show, “Real Time with Bill Maher”, is known for its unapologetic liberal agenda, mostly due to the host’s democratic views. While this certainly appeals to a lot of people who have opinions similar to Maher’s, he rarely allows his guests to have any differing views, and when they do, he calls them out on it in front of his studio audience. However, there’s no doubt that he’s amassed a large fan base over the last 13 years, and it also doesn’t hurt that HBO allows him to practically say anything he wants.

Bee, who started out as a correspondent on the “The Daily Show”, now hosts “Full Frontal with Samantha Bee” on TBS, which has a similar political format. Like her former boss, Jon Stewart, Bee does a great job of analyzing relevant topics and finding the underlying humor in it all. It can sometimes be painfully obvious when she’s reading off of a teleprompter or cue cards, but that appears to be something every new late night host struggles with in their first one or two years.

Meyers was the obvious person to take over “Late Night” in 2014 after being one of the best Weekend Update hosts ever on “Saturday Night Live”. However, it’s taken some time for him to adjust himself since he now does a lot more than just sit behind a desk. Now that he’s had the gig for two and a half years, he now looks more at ease during his monologues and has some solid recurring comedy bits, including one of my favorites, “Ya Burnt”.

Corden has become extremely likeable ever since replacing Craig Ferguson on the “Late Late Show” and has a happy-go-lucky charm that makes him extremely relatable. However, most people only know him for his Carpool Karaoke sketch, which is both a little disappointing but also revealing that he might not have much else worth watching. While he’s probably the best singer of all the late night talk show hosts and will always get millions of viewers on his YouTube page, he doesn’t have the same bravado that made Ferguson so lovable and exciting to watch.

Fallon is probably the late night talk show host most Americans are able to connect with most, which is surprise considering he is talented both comically and musically. Also, like Corden, he probably has more people watching him on YouTube than when his show actually airs on television. This is probably due to “The Tonight Show” turning into more of a variety show that highlights its games and activities with guests rather than its comedy or interviews. What’s more is Fallon has been accused of being a kiss-up to his guests and almost acting “fake” when talking to them. While most people will excuse this since he produces mega-popular skits like “Ew!” and “Box of Lies”, it can often wear thin on those that watch his show in real-time.

Most would probably expect Fallon or Kimmel to top this list since they rule the ratings in late night television, but that could be because their shows air on NBC and ABC. A lot has changed in late night TV since long-time hosts like David Letterman and Jon Stewart have retired and veterans like Conan O’Brien and Stephen Colbert have switched networks, but Kimmel has been able to slip through the cracks and stay prevalent with his relatively family-friendly show. Like Fallon, he certainly benefits from getting plenty of A-list celebrities on his show, and he’s also able to rope them into many gut-wrenchingly hilarious skits. The knock on Kimmel is that some might think he depends too much on his high-profile guests and Guillermo, his uber-popular sidekick that also happens to be the show’s parking lot security guard. However, Kimmel won’t ever have to worry about his ratings, so his safe approach to comedy probably isn’t a bad idea.

Conan has rebounded quite well since the “Tonight Show” fiasco with Jay Leno in 2010, but the fact that he’s now on TBS means that he doesn’t nearly have the same mainstream audience he had on NBC. Still, the reason he’s been on television since 1993 is because he often pushes the envelope on his show, which is admittedly better for cable than on network television. Not only has he perfected his interviews with his guests, but he's also the best with skits outside of the studio, which was apparent when he recently traveled to Cuba and South Korea. Some people are obviously turned off by his uncommon wackiness and honest comedy, but it’s something that millennials like me have been able to enjoy.

As another Jon Stewart disciple, Oliver left “The Daily Show” to host his own half-hour program, which is slightly more vulgar since it airs on HBO. What makes Oliver so special is that he brings up issues and subjects that are almost never brought up in any other media platform and is able to somehow able to use comedic undertones while staying on topic. He almost never has guests on his show, but that doesn’t appear to be a problem since that might actually take away from what he brings to the table. Stewart was the absolute best at reporting an issue and spreading it around the country like wildfire, and Oliver has used his methods to become one of the today’s best late night talk show hosts.

After becoming a cultural icon by parodying Republicans on “The Colbert Report” for nine years, Colbert was given the almost impossible task of replacing the legendary David Letterman on “The Late Show”. Even though he already had a ton of talk show experience before joining CBS, not only I expected him to be so successful so quickly. Letterman was the clear favorite for Americans over 50 when it came to late night hosts, but Colbert was more popular with the 18-49 age group on his old Comedy Central show. However, with a few adjustments here and there, Colbert has amazingly caught the attention of both the young and old, making him the clear number one on this list. While he still is at his best when joking about politics, he has learned to go beyond Donald Trump and the election, especially when interviewing his guests. Colbert is like a combination of Conan O’Brien and John Oliver, with dashes of legends like Letterman and Johnny Carson coming out in his comedy.