A Definitive Ranking And Review Of Every La Croix Flavor

A Definitive Ranking And Review Of Every La Croix Flavor

I interviewed an expert on La Croix to find out which flavors are the best, and which ones aren't worth trying at all. 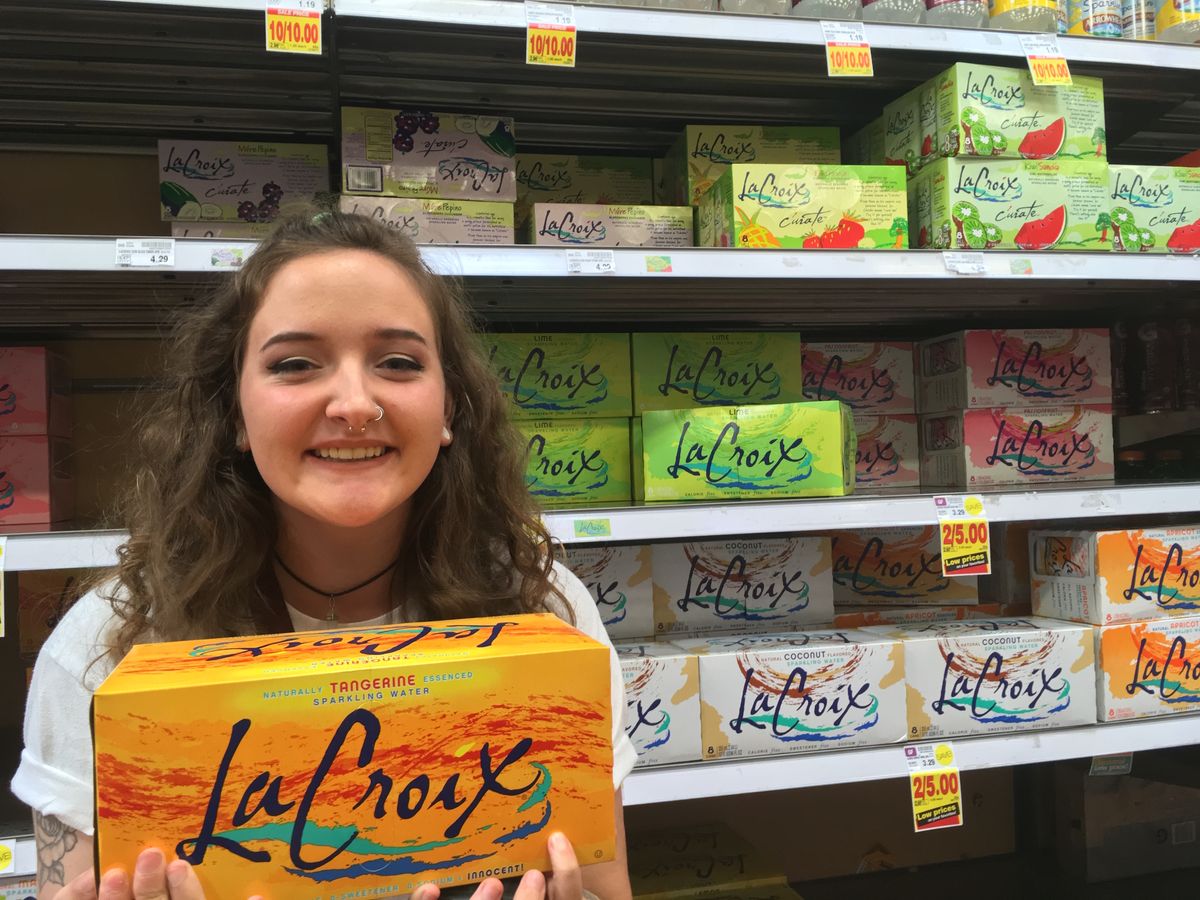 La Croix Sparkling Water was invented in 1981, but right now, it's more popular than ever. It seems as though a party in 2017 is not really a party unless it has La Croix.

All around the country, Americans are putting down soda cans and picking up La Croix cans instead. To be completely honest, I myself do not see the appeal of sparkling water. However, my significant other, internet sensation Emily Clementine, is addicted to it. So much so, that I have stocked up cans upon cans in my apartment.

Now, while I don't enjoy La Croix, I do like studying popular trends, and making lists. I interviewed Washington's La Croix expert on the best flavors of La Croix, and this is what I found.

Note: These are a ranking of only the original La Croix flavors.

"Pure doesn't even count on the list. If I was going to have plain sparkling water, I'd treat myself to a mineral water. There's no reason to drink unflavored sparkling water. "

"It's not that it's bad, it's just that it doesn't taste like mango. It tastes like you're drinking sparkling water, and then someone is eating a mango in the next room. Or even the next apartment building. Like, someone bought a mango today, and you are drinking a sparkling water away from them. It's not inherently bad, I'll drink it if it's available to me. They could've made it taste like artificial mango, and in my opinion that would've been the better route to go, because it just doesn't taste like anything. It should be good, but it's not. I see people drinking mango La Croix all the time. I see it in Instagram posts, I see it in the backgrounds of photos... Mango seems to be a popular flavor and I think that's a rookie mistake from amateur La Croix drinkers. I don't understand why it's popular. I think it's only popular with bougie people, because they're like, 'Mango? Ooh, how exotic!' No. It's bad. I fell into the trap, and it is bad."

"It's similar to mango, where it's not very good. It could be good, but it's not. I think coconut is a flavor that needs to be sweet, and La Croix isn't sweet. It kinda tastes like sunscreen. It's a good mixer, but that's about it. It's not good on its own."

"It's almost good. It's not bad. I don't dislike drinking it. I think it'd be better with just a peach flavor. I don't really like pear. If they made a peach one they should replace coconut with peach."

"It's fine, it's just kinda basic. It's not anything fancy. It's not special. You could buy a gallon of Arrowhead with lemon."

"It's good. The orange flavor is almost fake, but not quite fake. It's fine, I shotgunned one last weekend. It feels like the "essence" of orange, which I guess is what La Croix is going for, but I don't know – it kinda tastes like an orange lollipop flavor instead of, say, an orange zest. Orange is fine. It's not that orange is bad, it's just that there are better flavors."

"It's nice and sweet, but like, which berry is it? It just tastes like 'berry' flavor. It's one of the better flavors. 'Berry' just seems like a cop-out flavor. All the other flavors are very specific. If I had to give someone a La Croix for the first time, this is the one I'd give them. It has a great, full-body flavor."

"Somehow they got it spot-on and it tastes exactly like apricots. And I don't know how they did it, 'cause apricots are such a delicate flavor. They did a great job with that one. Also, the can is really cute, 'cause it's light-orange and white. They really hit the nail on the head with that flavor. They did a really good job."

"It tastes like a damn passionfruit. It's so good. Like the apricot flavor, they really got this one right. It was really good – the can is also really cute. Passionfruit and apricot have a lot of similarities for me. Both well-rounded, not too sweet."

"It's so refreshing. There's something about it that makes it far superior to lemon. It's one of the better basic citrus flavors, out of all of them. It's really zesty, maybe a little bit bitter but not... It's like a mystery, like if it was a man, it'd be tall, dark and handsome. It's probably the Brad Pitt of La Croix. It is the La Croix you would crack open with the boys."

"It's good. It doesn't really taste like cranberry, like there's nothing bitter about it. It really is mostly just raspberry, but like, it has a whisper of tartness. The tartness is very refreshing, but the raspberry gives it an overarching sweet taste to it. Another cute can."

"It tastes so much like grapefruit that it's the reason why I've been buying grapefruits like every week. It's really refreshing, well-rounded. It tastes just like a damn grapefruit. I don't know how they did it. How does it taste so good? There's probably a whole grapefruit in there. I taste it, and I can feel the grapefruit slices in my mouth."

"It is the best flavor of La Croix. It is the unsung hero. Tangerine is the best La Croix flavor and nobody cares. It's kinda hard to find, it's not everywhere because it's not that popular, but holy [expletive]. And I know what you're thinking, there's already an orange flavor. Have you ever had a tangerine? You know how it tastes different from an orange? It tastes exactly like tangerines. Like grapefruit, tastes just like a tangerine. It's like, a little bit sweet, and has that hint of a tangerine flavor. It is the best flavor of La Croix. Anyone who tells you differently is lying to you. It's not just tangerine-flavored sparkling water. It pairs well with everything. Highly recommended. I think the carbonation really adds to the tangerine flavor somehow. It's simply the best flavor. All the other ones are good, but tangerine is the best. It's so good. I don't even like tangerines. I'd rather have a tangerine La Croix."

Emily has tried three of the six Cúrate flavors, and claims that Blackberry/Cucumber flavor is the only one worth trying. Emily has not tried the Cola flavor, because, "if I wanted a cola, I'd drink a damn coke."

beverages
Report this Content
This article has not been reviewed by Odyssey HQ and solely reflects the ideas and opinions of the creator.