Conjuring the Past: 30 Quintessential Rock Classics 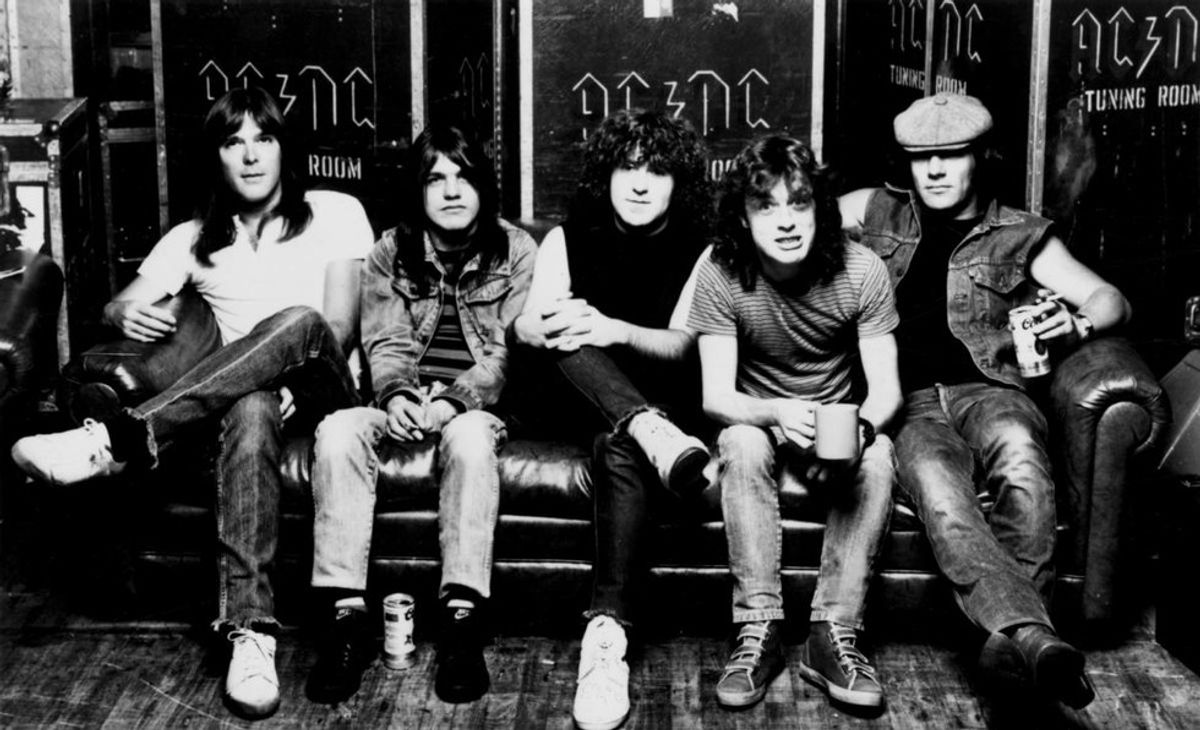 Whether you're an aged classic rock aficionado, interested in broadening your horizons, or have absolutely no knowledge, or interest really, of classic rock history- it is your duty to familiarize yourself with these 30 quintessential rock classics.

As painful as it is to not immediately recognize some rock classics such as Hotel California by the Eagles or Don't Stop Believin' by Journey, these will always be timeless pieces no matter the generation. The rest of rock can't necessarily be guaranteed the same and if you're partial to rock n' roll, you may have noticed some great songs and bands already begin to fade away from the limelight.

So without further ado, here are just some of my favorite rock songs, often overlooked by my own generation, but praised by the one they were created in. With this article I in no way mean to prioritize some classic rock songs over the others nor determine their worth. Rather, I intend to memorialize and remind readers of some of my personal favorites, and the bands that contributed to their success. To remind you of a vast majority of bands and songs that have been overlooked by the younger generations and who sometimes live in the shadows of great names like The Beatles of Pink Floyd, in addition to those great names themselves. In all honesty, this list should have been much, much longer. There is an entire genre of music ready to be discovered, if you only have the time. But since time is limited, lets start here:

1. Life In The Fast Lane//Eagles

Better known for Hotel California, the Eagles are also well known for Life In The Fast Lane, as well as another favorite, Take It Easy.

2. Any Way You Want It//Journey

Journey may have taught "Don't Stop Believin'", but they also reminded us that any way we want it, that's the way we need it.

This song will give you more than a feeling.

5. Welcome To The Jungle//Guns N' Roses

Everybody (hopefully) is familiar with Sweet Child O' Mine, Paradise City, and of course Knockin' on Heaven's Door. But my personal favorite? Welcome To The jungle.

We're still plagued by the crazy scream and laugh combo let out by Ozzy in the intro to this song.

No, we salute you AC/DC! This iconic band just may be one of the few immediately recognizable within the first few seconds of the song, no matter what song it is. In addition to For Those About to Rock, we are also reminded of their other highly successful songs, Back In Black, Thunderstruck, and of course Highway To Hell.

I Don't Want To Miss A Thing either, so i just had to include this Aerosmith single. In addition to this sweet song, Steven Tyler reminds us to Dream On,

You've heard of Every Breath You Take by The Police, but what about Roxanne? Also worth the listen!

You'd probably recognize the melody from You Really Got Me or maybe even Jump, with it's repetitive one-liner, "Jump!", but how about Hot For Teacher

It's time to tell Foreigner we know what love is, it's listening to this song!

Boy, does Paint it, Black give us Satisfaction!

If you like what you hear, check out Tiny Dancer and Bennie And The Jets.

I'd venture to say the odds that you're unfamiliar with this band are slim to none, nonetheless, it would be a crime to leave The Beatles off the list.

The guitar hero himself. Purple Haze is just one fantastic exhibition of Jimi Hendrix's talent.

Imagine all the people finally learning to love classic rock as much as we do.

19. Wish You Were Here//Pink Floyd

Another brick in the wall, comfortably numb

And it's only getting better, just give this a listen.

We're just going to try to ignore the similarity between this song and Vanilla Ice's "Ice Ice Baby". Vanilla Ice just bites the dust on this one. After all, Queen did say "We are the champions".

22. Smoke On The Water//Deep Purple

23. Have You Ever Seen The Rain//Creedence Clearwater Revival

Yes, we've all seen the rain. But have you ever heard of the song by Creedence Clearwater Revival?

Most well known for Sweet Home Alabama, Lynyrd Skynyrd's Simple Man is also one for the books.

Unfortunately, your knowledge of this song might be attributed to its being the intro song to Duck Dynasty, but don't let that dissuade you from its brilliance.

27. Go Your Own Way//Fleetwood Mac

This song is definitely a part of our Dreams.

Although a part of the 27 club, Jim Morrison's legacy lives on through this song and his role in The Doors.

The only thing more American than American Pie? Classic rock. Well maybe not, but you get the point.

30. Pour Some Sugar On Me//Def Leppard