8 Reasons Queer Eye Is Your Next Netflix Binge
Odyssey

8 Reasons Queer Eye Is Your Next Netflix Binge

It's got a little bit of everything. 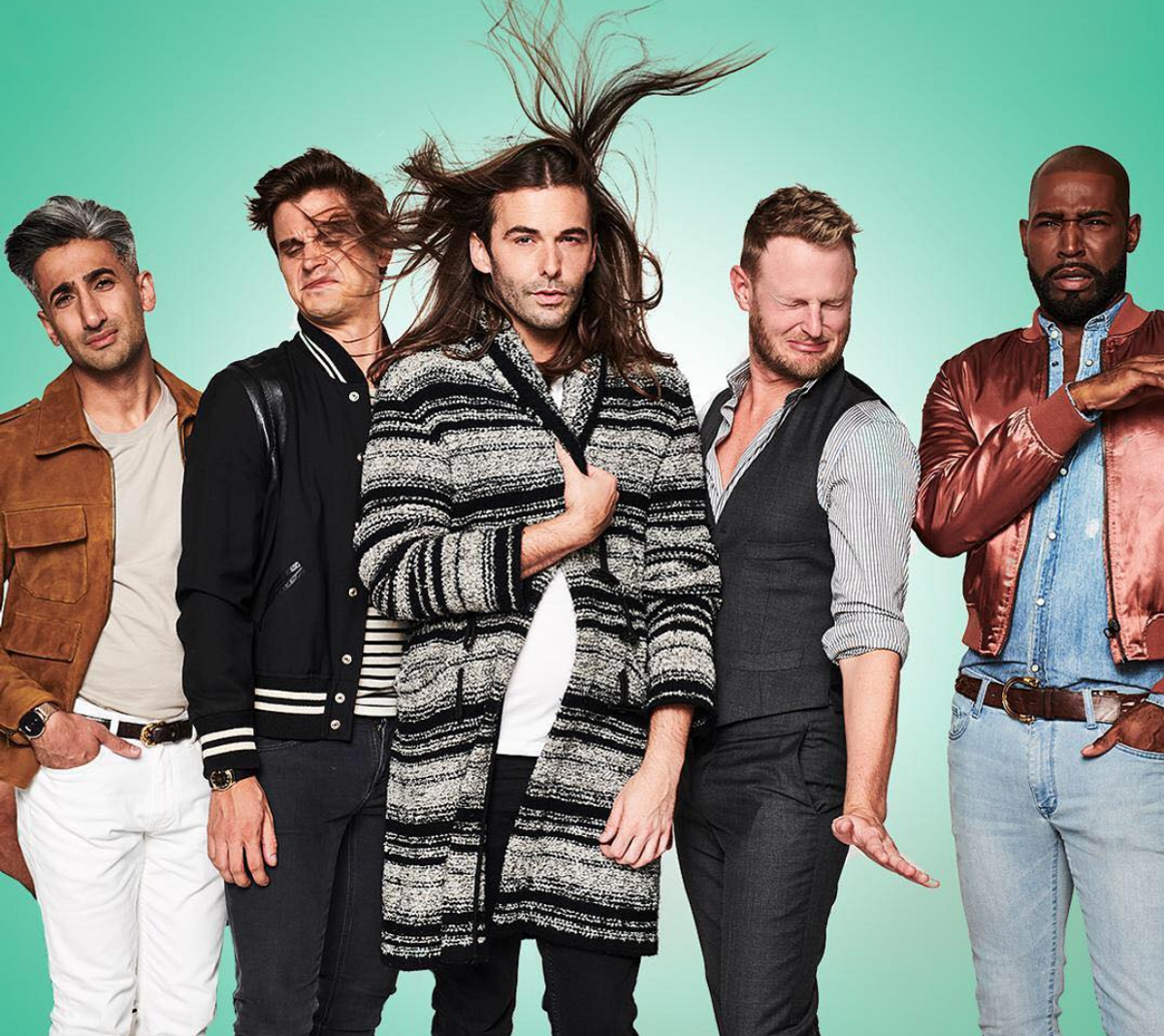 It was either this or I was going to write a free verse poem about each of the Fab Five with a pushy amount of alliteration. If you have Netflix, you need to check out Queer Eye. If you don't have Netflix, you need to get Netflix and then check out Queer Eye. It's a reboot of the original Queer Eye For The Straight Guy which aired from 2003 to 2007. Now, there's a new Fab Five in town and they're ready to help people transform into beautiful butterflies.


The show follows the Fab Five:

The first season of the reboot premiered February 7th. So if you haven't heard of it by now, get with it, honey. I'm sorry; that was aggressive. I'm here to help.

Take a leap of faith and click play to go through a rollercoaster of emotions. I laughed, cried, got frustrated, felt inspired, and ate a lot of girl scout cookies while watching. If you're not convinced, check out eight of the reasons I've been recommending Queer Eye to friends and family and that random guy on the street.

The Fab Five advise a new man in every episode. You'll meet a diverse group of men including a cop, an app developer, a hardworking father, and a comedian.

When they scream, I scream. There are many moments where their excitement is incredibly contagious. They genuinely get invested with the men they are advising each episode.

I haven't watched a heartwarming show like this before. Usually, reality shows leave me frustrated and a little hangry. Queer Eye is truly an exception.

4. Learn how to open up and get help

Asking for help is a difficult task for most of the men on the show. As each episode unfolds, the audience gets to watch them slowly open up and begin to grow as people.

5.The cast learns to be more open too

An unexpected (or maybe expected) side effect of their journey of helping people is learning and growing as well. They learn how to be more open-minded to groups of people they've learned to be afraid of. Check out Episode 5 (the fab five welcomed into a religious home) or Episode 3 (the cop episode), or just the whole season.

6. Each episode is overflowing with helpful tips to elevate yourself

The emotional parts of each episode always involve a leap of faith. People are learning how to trust in themselves again. There's nothing more motivating than seeing these men take control of their lives again.

The cast is wonderful. They each have their own knowledge to bring to the table and they have an entertaining group dynamic. All I know is I've seen many people raving about this show and it's a fun club to join. Not only is it entertaining, it's also incredibly meaningful. It is easy to make assumptions about a person's life without knowing anything about them, but that doesn't mean you should do it. Everyone has their own struggles and the world would slowly become a better place if we all started to realize that and act accordingly.