Write your own stories; you know who you are better than anyone else. 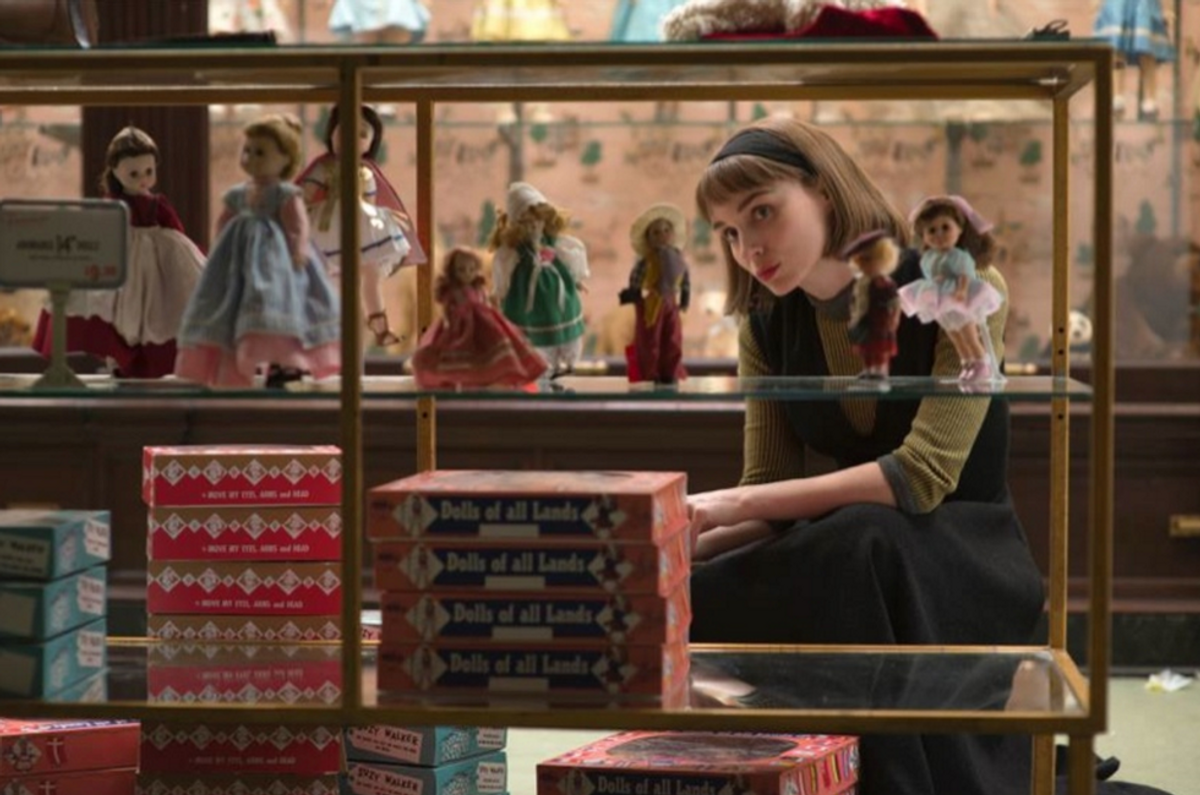 In the beginning of the movie "Carol," we open to a hotel lobby. From a perspective of a man, you see the bustling of the crowds, enjoying their Friday night, as he heads back from the pay phone. When he notices his friend, Rooney Mara’s Therese, he goes to say hello. We as the audience might notice that something is a bit off, that Therese and the woman she is dining with have an intensity between them that is unusual. Then the woman, who we learn later is Cate Blanchett's titular Carol, leaves.

The movie then plays on, and we don’t see this man again. Instead we see Carol, a wealthy and soon-to-be-divorced wife and mother, fall in love with Therese, the younger shop assistant and aspiring photographer, in the early 1950s. Only in the final act of the movie do we realize this opening scene's purpose.

After the societal pressures, Carol's ex-husband’s use of her sexuality to deny her custody of their daughter Rindy ultimately tears them apart. Carol abandons Therese at a motel, halfway through a road trip, hoping to cause both of them less pain. Therese is heartbroken. After months have passed, Carol asks to meet Therese again. We have the same scene, but this time it is from the perspective of the two women and everything is different.

The lighting is brighter, and more crisp. The camera lingers on the expressions of each of the actresses. The small talk is imbued with meaning. Then Carol, in what could be Cate Blanchett's best work ever, asks Therese to live with her, to build a life with her, and while Therese figures out how to react, Carol says something she has yet to say the whole film: “I love you.”

Then the man from the first scene appears, and drags away Therese’s attention, breaking the bubble these two women were in. Carol leaves, giving Therese time to chose: yes or no.

It is an amazing feat of filmmaking.

Some critics misunderstood this film when it first came out, calling it, cold and wooden. This film is neither of those things; instead, it is subtle and sensitive portrayal of two women falling in love in a world where they had no models for how it should look, and support from seemingly no one.

Todd Haynes, a gay man and the director of this film, uses the same nuances in his camerawork and direction -- the focus on a pair of gloves, the lingering of a look, a shared smile over a strangers foolishness, and a look shared across a restaurant -- that closeted queer women have used for decades. The flirtation is quiet, but not unsure; both Carol and Therese in subtle ways signify to the other what they want. This nuanced portrayal of queer sexuality could only have been created by queer people: director Todd Haynes based the movie on gay icon Patricia Highsmith’s beloved novel "The Price of Salt," one of the first queer novels published in the US without a gruesome ending.

We need more queer creators, writers, and directors to tell the nuances of their own story, like Tarell Alvin McCraney’s breathtaking script for "Moonlight," that won Oscars for both best film and best screenplay. "Moonlight" deals with nuance of black masculinity, socio-economic background, and sexuality in a truly unique way, while still being one of the most visually stunning, amazingly well acted, and overall powerful film.

I am not saying that queer identity is necessary to tell queer stories, but so often straight, cisgendered directors, creators, and writers get queer stories wrong. Sure, they get the nuance wrong, not understanding some of the complexities of queer identity, but they get a larger part wrong: they don’t portray queer characters with the empathy of the hero of the narrative. "Moonlight," Chiron and Kevin, and Carol and Therese all are complicated; in this complexity, they are portrayed with empathy. You are not made to pity them, instead you are meant to identify with them. This means that queer people are the hero, not just the side character, but a real person. This is something many straight, cisgendered creators seem unable or unwilling to do.

So I guess what I am saying is write your own stories; you know who you are better than anyone else. Don’t let anyone else tell you who you are. You tell them who you are instead.
Report this Content
This article has not been reviewed by Odyssey HQ and solely reflects the ideas and opinions of the creator.