"Don't need a metaphor for you to know I'm miserable." 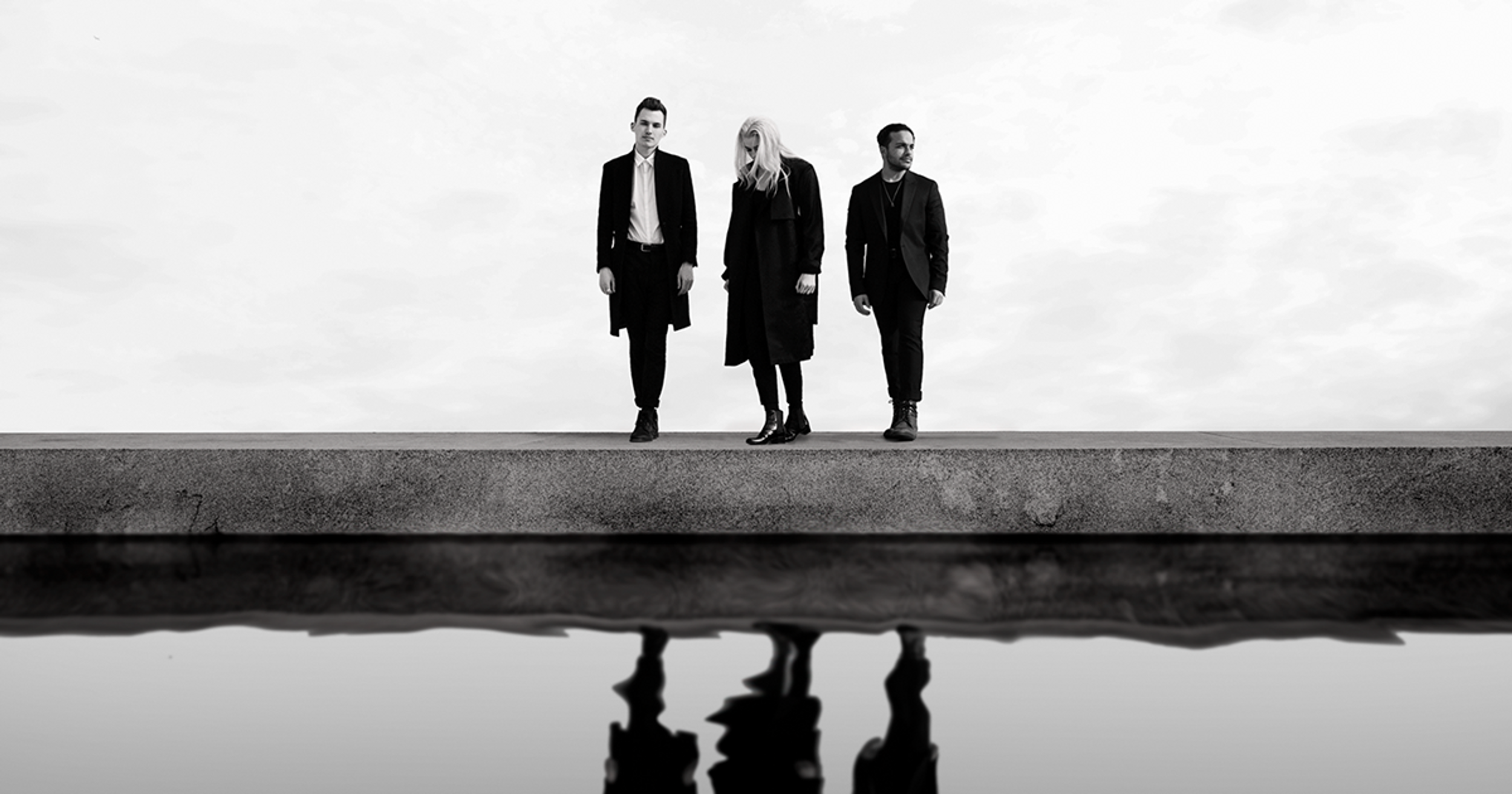 In the world of music, soloists and bands alike are plagued by the curse known as the "Sophomore Slump.” The second album released by an artist is crucial to their success in the industry. People are already familiar with the material and sound the artist has created, so they have an idea of what to expect. This creates a lot of pressure to hit or even exceed these expectations. If the album falls short, the artist rarely ever recovers from it. Massachusetts natives PVRIS (pronounced Paris) knew they had a lot of work ahead of them to outdo their debut album.

In 2014, PVRIS released their first full length album entitled "White Noise." "White Noise" was different from mainstream music or even more prominent alternative. Female fronted, post-hardcore mixed with electronics and alternative music, they brought something to the table that was very different –– a vibe similar to Florence + The Machine, but sometimes a lot heavier. They combined soft electronics with strong guitar parts that only helped to carry the power in lead singer, Lynn Gunn’s, voice. However, it wasn't just the musical aspect that became a hit with people, but rather the very real, yet dark, lyrics. It became relatable to people with topics beyond just “love,” or “heartbreak,” but rather “hypocrisy” (“Holy”) and “self-worth” (“My House”). With an album cycle of three years, including a reissue with three bonus songs, PVRIS became an act to keep an eye on. Everyone was anxiously waiting for their next move.

Then this past week, the band released their highly anticipated follow up, "All We Know of Heaven, All We Need of Hell," with the title taken from another powerful Massachusetts artistic force, Emily Dickinson.

The album opens with “Heaven,” a track that starts with Lynn Gunn and a piano, something very softer than the band normally does. It continues with more electronics and creates an almost dream-like feeling building up to the chorus where Lynn belts out, “you took my heaven away.” Beyond the dreamy feeling of the song, the lyrical content is far from beautiful, hence the title. Lynn explained in an interview with BBC Radio 1 where the whole concept of the album revolved around the title. The songs sound like Heaven on Earth, but after digging a little deeper, things aren't always what they seem.

Continuing further into the album, “Half,” “Anyone Else,” and “What’s Wrong” are very similar to what was on "White Noise" but more mature. They enhanced the sound they have already created with loud impactful choruses and “in your face” drum beats intertwined with guitar and dance electronics. At the end of “Anyone Else,” PVRIS surprise everyone with the use of harp to close out the song, which is a new element for the band that makes itself known across the album. Though the songs make you want to dance and sing along, the lyrics couldn't be further from one another.

“Half” and “What’s Wrong” talk about a more mental state of mind. There is a strong sense of depression and withdrawal in the lyrics: “Some days I feel everything / others are numbing / can never find the in between / it’s all or nothing” and “don’t need a metaphor for you to know I’m miserable.” Lynn identifies her feelings and her withdrawal. During the writing process, she has stated several times in interviews that she sometimes “forgets how to be a person” and these lyrics can encompass these feelings and how it doesn't feel right in your own skin sometimes. She has created a world within these songs for her thoughts to live. But then we get to “Anyone Else” and it seems to be a typical love story with heartbreak: “‘cause I could touch a hundred thousand souls / but none of them would ever feel like home.” However, Lynn took to twitter to explain how the song means so much more to her than just that. The atmosphere on the song is the highlight and how she strips away pieces of herself in each song. No one will ever be able to see the song like she does because there are pieces of herself within it that only she knows. (Lynn Gunn's Twitter Post About "Anyone Else")

“Walk Alone” seems to be the wildcard track. It fits on the album, but loosely. There is a more mainstream pop-focused tone to the chorus and the drumbeat. The strongest elements of electronics are present on this track, but it only adds another dimension and atmosphere to the “Heaven vs. Hell” contradiction. “No Mercy” is very loud song as Lynn desperately sings, “show me no mercy.” Although all of the songs have certain moods and feelings behind them, the tempo and instrumentals on “No Mercy” match the lyrics: a cry out or a plea. There seems to be little contradiction between the separate feelings evoked between the lyrical content and instrumentals.

There are positive ideas and dark concepts colliding with one another on the album, hence the title "All We Know of Heaven, All We Need of Hell." Between slower songs like “Separate” and “Same Soul” against stronger and more dance orientated songs like “Winter” and “Walk Alone,” this album encompasses multiple dynamics that make this album great. There is a diversity in the lyrics and the way they are felt and portrayed while the instrumentals serve as a way to “set the scene.” This is a very symbolic portrayal because, just like in life, situations are very confusing and what we think might be our “Heaven,” might actually be “Hell” in disguise and vice versa. Between harps, electronics, and guitar in just the right places, it is the little things within the album that made "All We Know of Heaven, All We Need of Hell" a unique record apart from "White Noise." The expectation was about how PVRIS was going to transform their signature sound and lyrics into something different and fresh, without completely reinventing the band. They needed something new, something different, and with their signature atmosphere and concept, and they created an album highlighting just that. The "Sophomore Slump" proves to be no match for PVRIS and the worlds they have created in both of their records.