Stop Putting People Into Boxes, They're Human First, Everything Else Second

Stop Putting People Into Boxes, They're Human First, Everything Else Second

It's easy to hate the profile on the other side of Twitter who has an opinion you see as completely illogical. It's another thing to do it when that's a person next to you 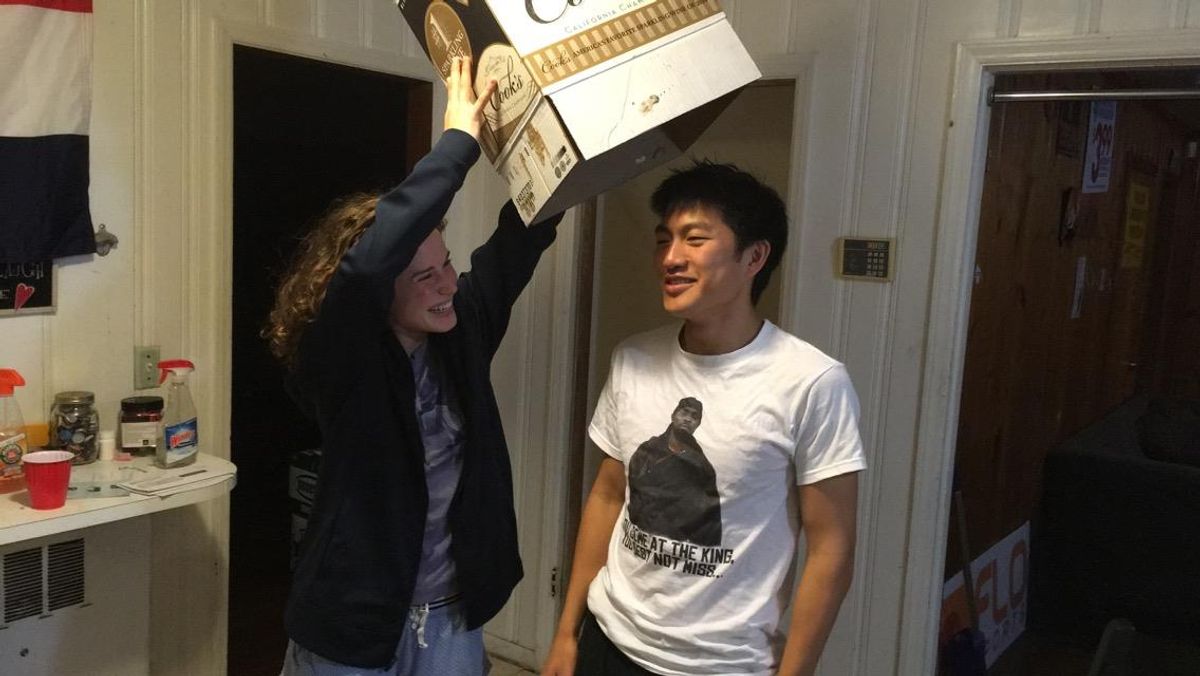 I had an argument with a friend the other day. He told me that I had a problem and that I was defined by that problem, and I felt angry about it and I felt like I was being accused unfairly.

I knew he was right about some things at the time and that he was just worried about me, but I thought about why I felt the way I did, and in reflection, I finally know why. My friend was putting me in a category, or "box," without knowing the full depiction of my situation or story. He judged the whole of me through a piece and defined me by that one problem, without knowing the full portrait, and that's why I felt so much pushback to the sentiment.

It's been about a week, and I still feel that way, no matter how right my friend was or how much sense he spoke with. He identified a problem and things that were wrong with it, but didn't tackle why the problem was there, or what complexities there may have been behind it. I felt, again, reduced to just one flaw of who I was, with the rest of my character and spirit completely ignored and taken away from me.

Ultimately, it's putting people into boxes that is wholly ineffective in getting anybody to change their minds, that causes more resentment than it does actually change.

For example, say your friend John is an alcoholic. You've seen him drink four or more drinks a night on multiple occasions. Everyone knows he has a drinking problem, and your intention is to just be concerned and worried about his health. That's his reputation around school. That's how everyone sees him, and you know it shouldn't be that way.

But say he also picks up his little brother or sister at the elementary school every day, and say he cooks for the family when everyone gets back. Say John's mom is sick and his dad is away. Say alcohol is the only escape he has for everything, and by and large, he's one of the nicest people you know. Alcohol is his only vice.

But you think you know what's best for John in his life, even though you're not him. You trying to change him instead of accepting and supporting him as he actually is, even though change is most of the time something that takes years, if not a lifetime to actually master.

Do you see the problem with this mode of thinking? Of putting John in that box and imposing your own opinion of what's best on him, instead of letting him make the decision of his own accord?

Things like that have been done to me, and I realize I've done that to others too, especially in my family. It's different if someone's decisions and lifestyle hurt us personally, but when those decisions don't, intruding, like in our example with John, is something that most of the time, will lead to only anger and indignance. By putting him in the box of an alcoholic, John will only be pushed further away.

I see this in our political discourse all the time. I used to be very vocal about my politics: as a far-left liberal, Trump supporters were in boxes to me. They were racists, bigots, and misogynists, and that generalization defined them in my head. By and large, it was what I saw on news sites I frequented, like CNN or the NYTimes, that depicted Trump supporters as idiots.

But something changed. I stopped seeing things that way after I realized some people I knew, and knew pretty damn well, were voting for Trump. And although I had different politics, I saw that they all did it for different reasons. And I knew them by their names and by the people they were rather than my general stereotype of a Trump supporter, and I knew that they weren't racists, or bigots, or misogynists.

In my favorite TV show (the best show of all time), "The Wire," actor Andre Royo plays a heroin addict and confidential informant to the Baltimore Police, "Bubbles." The way Royo came about playing Bubbles, however, was incredibly unique, as someone who embodied humanity and its capacity for hope, change, and improvement.

The vast majority of people would look at someone like Bubbles and put him into a box. An addict. A junkie. A dope fiend. Upon my first watch of "The Wire," that's what I know I saw.

But over the course of five seasons, and this is what makes the show truly, truly great, is that "The Wire" allowed us to see the humanity in every single one of its characters. Bubbles is perhaps the greatest example, as someone who is indirectly responsible for the death of a teenager, but manages to turn his life around and inspire journalists and other recovering addicts.

That's one thing that, as a collective society, we can and should do better. I once satired the ineffective and condescending way many of my fellow liberals talked about Trump supporters. But I've come to realize that I was just a reducer of reducers, a critic of critics, that I was just feeding into our problems of division rather than trying to find a solution.

One thing has struck me about our political state of affairs ever since the election is how it seems like nobody's mind has been changed. We'll parade the one friend who changed his or her political beliefs, but how many really have? How has it been 15 months, and why does it seem like we're having the same battles, same arguments all over again?

It's easy to hate the profile on the other side of Twitter who has an opinion you see as completely illogical. It's another thing to do it when that's a person next to you, who has siblings, parents, friends, who, for all the terrible things they might think or even do, has probably done a lot of good too.

I remember one conversation I had with a friend I have who was pro-life, a stance that I, growing up in a liberal background, disdained and abhorred. We still argued and we still had our stances at the end of the day. My mind wasn't changed. But I listened to him because he was someone I respected immensely, who I knew would never harm another person intentionally. I understood more of why he thought the way he did, what kind of background he grew up in and why his whole family, even his community thought that way. He understood more about me.

He was still a brother and still a great friend. And here I was, trying to change him, not accepting him as who he was, as if there weren't millions of pieces going into those beliefs, as if I could, in 10 minutes, dismantle of beliefs and morals he took a lifetime forming.

I still think he was wrong, but looking back, it was then that I realized: it's much more about being right or wrong. It's about treating people like you wanted to be treated. He was my friend, my brother, and a human being first, and everything else second. I might have wanted his opinion to change. He might have wanted mine to. I stopped putting him in the box of a pro-life conservative and accepted it, because that human part, at the end of the day - that's the most important thing.