Lessons From The Wire: Stand Tall For Your Friends
Odyssey

Lessons From The Wire: Stand Tall For Your Friends

That creed has never let me down. 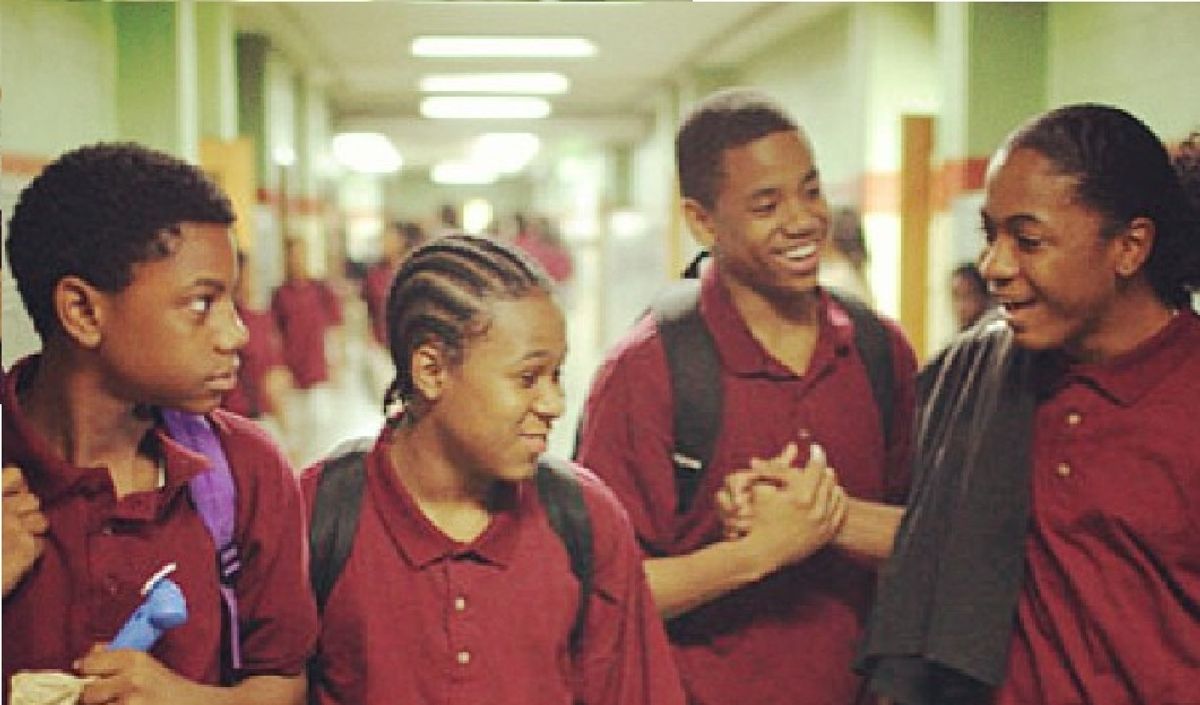 I have an admission to make: I give up on myself all the time. For hours or even days, I'll believe that my latest failure was the end of the world, whether it was a bad grade on a test, a failed conversation with my family, or a bad race on the track. Part of my nature is that I ride a roller coaster of emotions, high on my successes, but incredibly low on my failures. I've tried to change that and keep myself consistent for years, but it hasn't changed. It's who I am right now. I can't beat it.

However, one thing that has helped keep me grounded all this time is that even though I give up on myself, some people in my life have never given up on me. Whether it's the straight-A friend who lets him or herself be vulnerable and admits when they were in my situation, or the teammate who gives me a pat on the back and gives me space to process things, or the mom who will always give her full support on any decision I make, even if she disapproves.

All these people have kept me going despite how much I want to stop myself. In the context of popular media, I can relate it to two moments in God's gift to the Earth, the greatest show ever to be put on Television, "The Wire." I'm also going to spoil parts of the show, but I won't apologize because, in my experience, spoilers enhance my viewing of TV shows or my reading of books.

Near the end of Season 1, a boss of the West Baltimore Barksdale Narcotics Organization requests that Bodie kills one of his best friends, Wallace. Wallace had been traumatized after seeing the atrocious mutilation of someone the enforcers had killed, and had resorted to heroin use and wanting to leave the "Game" of drug dealing. Momentarily, he does, but eventually, Wallace returns to Baltimore to return to the Game.

However, the bosses of the organization, have been incredibly careful about tying up loose ends after aggressive pursuit by the police. Wallace, seen as mentally unstable and a possible snitch, is one of those loose ends. The boss, Stringer Bell, requests Bodie tie up that loose end, hinting at a possible promotion within the organization if he does.

After some heavy disagreement with another friend, Poot, Bodie and Poot follow Wallace into his apartment. Wallace is looking for some of the orphans in the projects, who he tutors and takes care of, but they aren't there. Bodie and Poot cleared them out right before this. Once Wallace reaches the last room and stands in the corner, Bodie pulls the gun, clearly pained to be doing this.

After more pained, heart-wrenching exchanges, Poot, also is grimacing at what the two are doing. "Do it, God damn it! If you're gonna do it -"

Bodie fires the shot into Wallace's chest. Wallace is suffering, not dead but bleeding out in pain. Bodie is traumatized by his decision, and starts shaking. But Poot can't stand to see Wallace like this. He takes Bodie's gun, and frees Wallace of his misery.

In Season 4, one kid at the middle school, Randy, has been outed by an older kid as a snitch who talked to the police, and soon he is made a target by many in the school. Three kids walk up to Randy and his two friends, Dukie and Michael, and spread the word that Randy is a snitch. Clearly, they want to jump him.

Michael gives a signal to Dukie. The leader of the three kids asks Michael, "ain't gonna stand by no rat motherfucker, is you?" Michael, for a moment, disappoints the audience as we think he's going to let Randy down and let the kids jump him. However, he strikes the first blow, and starts the fight with the other kids, defending Randy.

Later, Michael's reputation suffers. Marlo Stanfield, the boss of the Stanfield Narcotics Organization, expresses doubt about Michael joining the organization for "standing tall" for the Randy. Michael subsequently suffers a blow in his standing in the organization.

Michael standing tall by Randy can be perceived as a stupid choice having little benefit. Randy was still inevitably going to be punished by the community for snitching regardless. He still got put into a group home, despite Michael's best efforts. Likewise, Wallace probably would have still been killed had Bodie not shot him, and Bodie most likely would have suffered a demotion within the Barksdale Organization as a result.

However, most viewers, including myself, respect the decision of Michael to stand tall for Randy far more than Bodie's killing of Wallace. One of the most famous quotes from "The Wire" is "a man must have a code." Michael had one and stood up for it. Bodie did not. Again, it's hard to make assessments or judgments of Bodie, because another enforcer from the Barksdale Organization likely would have killed Wallace instead.

So what's the lesson between this contrast? Stand tall for your friends, no matter what. Even if you doubt they would for you, and even if you will suffer some consequences, stand tall because that's what you'd want the other person to do for you.

I think this lesson from "The Wire," although somewhat hidden and less well-known, is one of my big takeaways from the show. I want to teach right after I get out of college, and the reason I think I would give my all to it is that, my whole life, I have stood tall for my friends. I never give up on people I'm close to, no matter what, and I, for certain, will not do that for kids I'm in charge of educating.

I write feature articles on my friends and the people I'm close to, because from time to time, each of them has had my back when I needed it. They've surprised me when I thought the worst of myself, and this is just me paying back a debt. Yes, I have been disappointed by people. There were times when I had certain expectations that weren't met, or they didn't have the character I thought they did. But almost always, I stayed with them and stood by them, and eventually, their solidarity surprised me.

That creed has never let me down.

I think one of my biggest strengths, for all I do wrong, is that I am fiercely loyal to my friends. I will never give up on them. At the end of the day, I'll put the petty grievances and drama aside,