How The Purple Heart Preservation Act Will Affect American Rights

"The Purple Heart is an iconic symbol of sacrifice and devotion to duty." 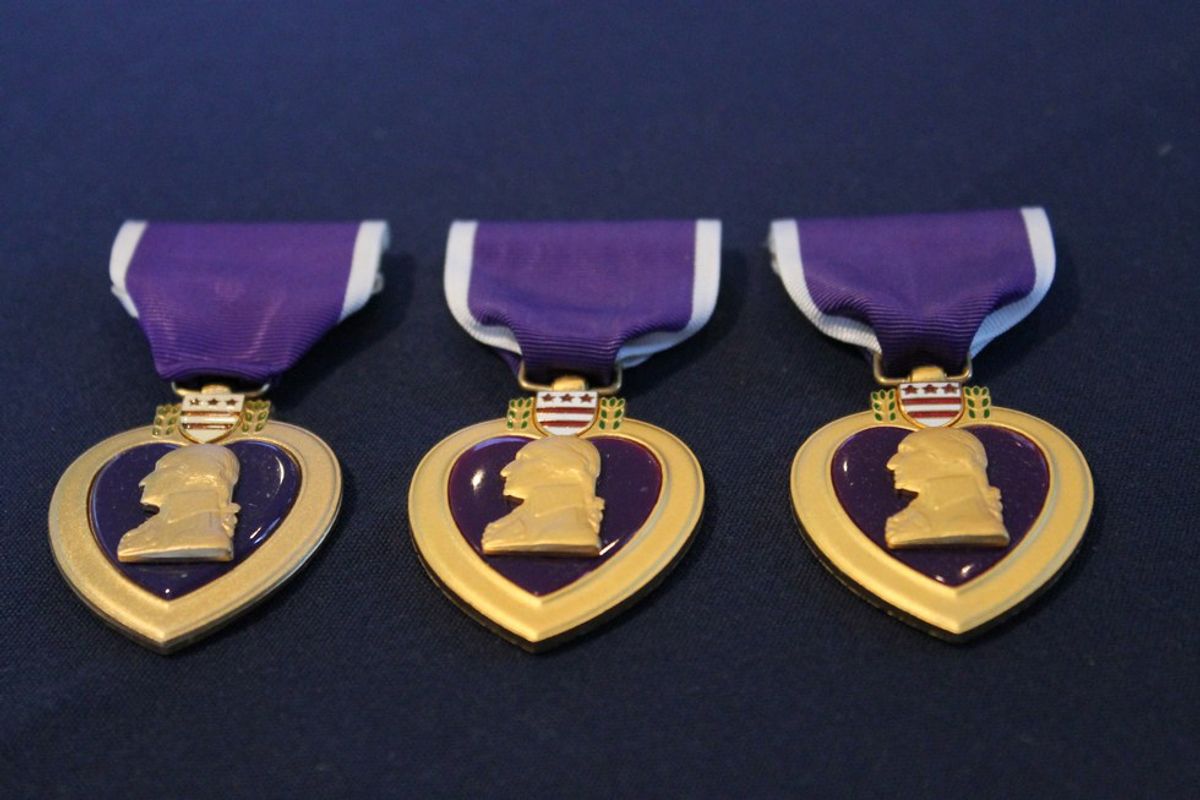 As most of my readers know this is not a normal article for me, but recently I have been made aware of the civil rights and property rights issue that has been affecting not only Americans but veterans and civilians, also. Still, not many people are aware of the issue and I would like to make people aware, especially with it being Veterans Day today. The Purple Heart medal is the oldest military award, that is still given to United States members today.

In the recent months, Paul Cook, who is a U.S. representative, is trying and wants to get the Purple Heart Preservation Act to pass. Essentially what this means, is if this bill should pass, it will make the Purple Heart medal and any items relating to it an illegal commodity, except sell and trade. The punishment of this is a minimum of at least six months imprisonment and multiple fines. Purple Heart medals are almost as important and should be just as respected as the American flag. For those that don't know, according to "The Military Order of the Purple Heart" site, "The Purple Heart is awarded to members of the armed forces of the United States who are wounded by an instrument of war in the hands of the enemy... [and] those that were killed in action or die of wounds receive in action."

The main focus of the Purple Heart Preservation Act is to protect veterans and their families from exploitation, but in actuality it hurts them in many ways. To put this in away everyone will understand, the Purple Heart medal transferred from the government to the recipient, goes from government to private property. So this bill implies that our veterans don't actually earn these awards, and that our government has the ability to strip the veterans of an honor they truly deserve at their own convenience. Approximately 2 million Purple Heart medals have been given out and awarded to men and women whom have rightfully earned them since April 1917. I believe and hope many others agree with me, veterans shouldn't be stripped of their medals that they rightfully earned fighting and defending our country and rights.

Another issue that this bill has is the collectors side of it, who from my understanding take great pride of preserving and showing off the American history. More often than you think, all kinds of military awards, including the Purple Heart medal ends up in the trash or are just stolen. More times than not when these medals are given to distant family members, they are just thrown out because the family member doesn't have a true connection to the medal. Sadly, through the veteran's family, they are more known for their favorite tie or anything in that sort than the Purple Heart medal from distant family members, than the medal they have earned in the military and in battle. A lot of times what collectors want to do with the medals if the family doesn't want them is to just put them in a place of honor, like a museum, where the U.S military member can be honored by U.S Americans and citizens. All any collector wants to is to keep the memory of the Purple Heart medals and American history memory alive.

If The Purple Heart Preservation Act were to pass it would violate quit a few freedoms that us Americans get. First and foremost, it would break the First Amendment, freedom of religion, speech and press; and the Fourth Amendment, protection of unreasonable searches. What will happen to the Purple Heart medal and all items relating to it if the bill were to pass? If the bill were to pass, the government would be allowed and have the right to take away people's medals, collector or not, which essentially means going into people home's and trying to find them. Any collector or people who have earned the medals whom are in possession of them will be breaking the law. The one flaw I see if this bill were to pass is it is strictly impossible to get all approximately two million medals back, which most are located over seas. All and any sales will be forced to go overseas, any medals will continue to be tossed away in the trash and museums won't be able to display every single one. If the Purple Heart Prevention Act passes, it will ban Americans from honoring the sacrifices made by our men and women in uniform. Many people, buy these profound military artifacts with the intentions of preserving the memories of veterans and their rolls in American history. The Purple Heart is an iconic symbol of sacrifice and devotion to duty.

As much as this was a quite different topic for me, I truly enjoyed writing it. As some of you are aware, I'm currently in the process of trying to qualify to join the Air Force, so I found this to be interesting and hope other people found it interesting as well. Happy Veterans Day to our veterans!