Purdue Has An Issue With Construction Projects
Odyssey
CurrentlySwoonLifestyleHealth & WellnessStudent LifeContent InspirationEntertainmentPolitics and ActivismSportsAdulting
About usAdvertiseTermsPrivacyDMCAContact us
® 2023 ODYSSEY
Welcome back
Sign in to comment to your favorite stories, participate in your community and interact with your friends
or
LOG IN WITH FACEBOOK
No account? Create one
Start writing a post
Student Life

Purdue Has An Issue With Construction Projects

The only things that are certain in life are death, taxes, and annoying Purdue construction. 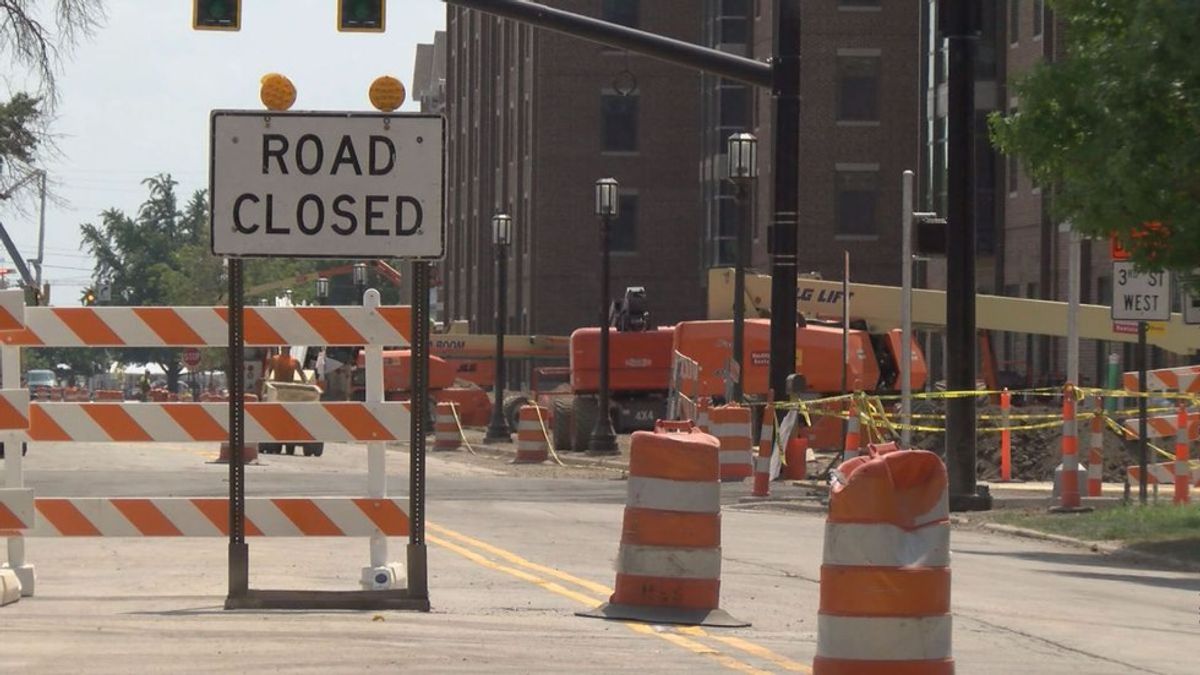 Last semester, I remember walking by the unfinished Honor's College thinking, "Wow. They've made some great progress. Purdue really knows their way with construction." Today, as I look at basically every other street blocked off for construction, all I can say is that I'm sorry that I jinxed it.

I don't know what went through the minds of the Purdue bigwigs when they decided it would be a wonderful time to embark on a ridiculous amount of construction projects. Maybe the completion of the Honors College (which, ironically, is still unfinished) got to their heads, but now we've got a new building right in the middle of Third Street, a random sidewalk blockage on Northwestern, a previously inconvenient wall work on Lambert, and basically a shutdown of half the paths around the Bell Tower and Wetherill, which was already impassable when tours moved through last year. Don't get me wrong; all of this will look great once its finished. But that's the thing. Nothing is finished.

Let's go back to the Honors College. An issue last year when the Freshman class was forced to live in the Union and Purdue Village, the Honor's College pushed on with construction with the expectation that this year's class would be able to reside in a building they actually picked. One summer later, the buildings are up, but things are far from finished. Wifi and wired internet was finished right on time for the first week of classes, but rec rooms are incomplete, the cafe unopened, and as of last week one building didn't have laundry up and running. There's a pretty massive hall that looks straight out of Hogwarts, besides the plywood lining the entryways. All in all, the residence is functional, but in no way fully realized.

Then there's everything else. The Active Learning Center wasn't slated to be completed this year, so there's nothing to whine about there. But it seems rather strange that Purdue decided to start working on the area right across from it. The Bell Tower path is now more crowded than before, and the iconic landmark stands above a rather ugly scene of dust and construction vehicles. Speaking of paths, the sidewalk near E.E. on the Northwestern side is blocked off. The Electrical Engineering building itself is getting renovated, but somehow it requires the sidewalk and bus stop to be unavailable throughout the year.

And although it isn't Purdue's project, River Road is a mess. Last year it was an awful mess, but this year its been downgraded to just a mess. Honestly, I can't tell what part of the road is supposed to be open at what time and when it's supposed to be closed. The road work is to accommodate a new sewer plan, so once all is said and done the road should look practically the same, which puts salt in the wound after you've had to struggle with it for over a year.

All this construction, coupled with the strange lack of foliage around many of the University's buildings makes Purdue look like an urban development project than a renowned establishment. Roads and sidewalks are closed, and the stress of it all happening when thousands of people return to campus is leaving a lot of folks in a bad mood. One of my friends told me, "Purdue is going to be a beautiful campus, as soon as they finish it." At this rate, I don't think they'll ever be done.