I Watched My Uncle Die From A Heart Attack, And 3 Years Later I Still Struggle With PTSD 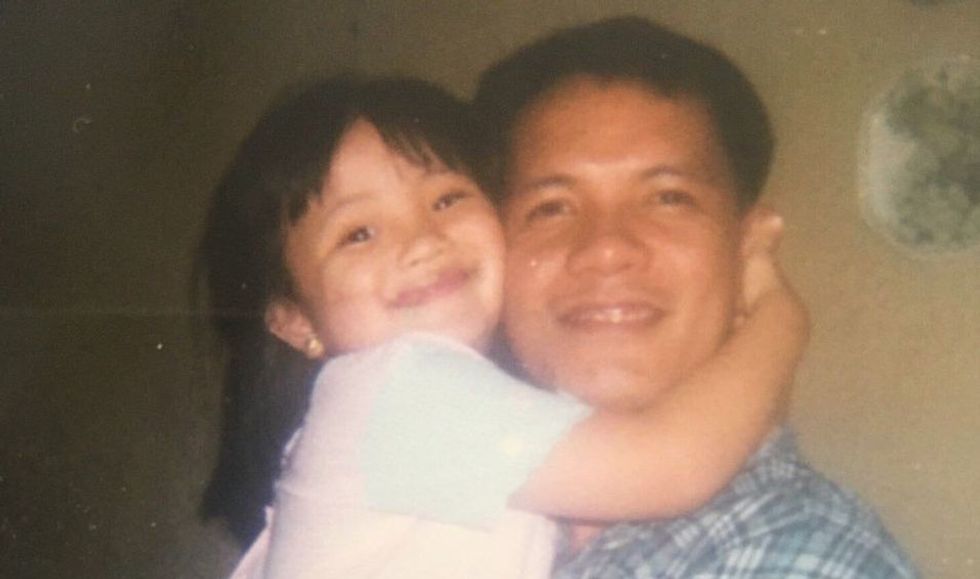 Post Traumatic Stress Disorder can happen to anyone, at any age, at any time, anywhere. It happens from traumatic events, whether big or small. Most of the people who are affected are those who serve in the military. But anyone can have this mental condition.

Many people still don't understand what PTSD looks like and how it really affects the person dealing with it. We often come across people with PTSD and act as if it's just a "phase" of sadness, grief, and unfortunate events that will casually just go away with time. Right?

When I was 22 years old, I came across a traumatic event that turned my life on the edge.

I have witnessed death in front of my very own eyes.

My uncle, the only brother of my mom, who raised me and stood in as my dad, passed away. And no, it wasn't like a normal passing. He was driving my car on a highway at night when he had a heart attack.

I almost forgot I was in a car accident because the first thing I did, by instinct, was embrace my uncle as our car tilted in the middle of the road. I can still remember his last words were telling me he felt dizzy, and minutes before he passed, I told him to get a check-up.

After this, it's as if my world turned pitch black as he fell. He had his eyes open, mouth-dropped, and I rushed out of the car barefoot in the dark of the road. I went to lower the car seat down, and that was the first time I hated my car for having an electronic chair cause it took forever to have my uncle lie flat.

As I was performing CPR, the taste of cigarettes, one I shall never forget, was on my uncle's mouth as I struggled to give him life. In the middle of the road, and with the Philippines' rusty and inefficient emergency system, the emergency hotline wasn't working or helping at all.

When I couldn't feel a pulse after almost 10 minutes of CPR, and he was turning colder by the minute, I was crying for help in an unknown highway. Several cars passed by, but no one was stopping. It took around 15 minutes for someone to help us. Thankfully, that someone, who is now a family friend, helped me, and they carried my uncle to their car and rushed him to a hospital.

At the time, I still wasn't driving in the city. And I didn't even know where we were. Long story short: the taste of cigarette ash was lingering in my mouth as I struggled to drive with teary eyes and was praying to all the saints, saying their name, cursing, crying, and screaming all at once.

It was too late, though.

The following day, with no sleep at all, I fixed all the papers for his burial. I had to console his family, my mom, who was in another country, and my grandmother who kept passing out when looking at his coffin. I had to be in the investigation for his autopsy, and I had to talk to people about it, over and over, and over again.

I had an immense and vivid flashback of what happened whenever I tried to sleep.

I could still see that face. Etched in my memory, to this very day. All of the others saw him peaceful in his coffin. Eyes closed, well-dressed — as if he was asleep. I was the only one who saw him with a struggled look, his lifeless eyes staring straight into my very being.

It still haunts me sometimes.

I lost my appetite, sleep, and was struggling to go back to school. I could not help but feel that his family was pressing the accident on me. I was the one to blame because if he did not drive for me to go back to the province for school, he wouldn't be too tired and he would not have died.

And I believed them that I was the reason for his death.

A few months later, I could remember his son saying, "Yeah, It's like my dad sacrificed his life for you and your studies" at a family lunch. It took years to get that thought out of my system. My therapist had to teach me and remind me of what his love was for me and that things like heart attacks aren't under my or anyone's control.

I was put in therapy a few days after the accident. I could not drive that car, I could not look at the road that we drove, I cried almost every day, hated myself for being a student in the medical field (I was studying physical therapy) and I could not, despite my efforts, save my uncle's life.

I hated talking about the accident.

Sweaty palms, bad dreams, cold hands. I would keep fidgeting. I had prescribed medications by my psychiatrist. And sure, it helped, as if it was a temporary band-aid for a very deep cut. But, three years later, flashbacks of the accident still come.

I am surprised I can talk about it today. And when people ask me about it, I do not leave anymore or avoid it. Not always, at least.

This is only one of the many unfortunate things I have had to experience in my life. I pray I do not experience anymore. Writing this is still heavy for me. As I write this down, it takes every ounce of energy I have and a lot of strength.

PTSD can happen with accidents, combats, events, sexual abuse, or any form of abuse, disasters, and more. With all this, finding help from a professional can be a way to treat PTSD. It should not be overlooked as a "phase." It is a real mental condition that can be treated.

June is the month for a lot of things, but PTSD Awareness Month comes the closest to me.

You may observe it by:

3. If you know anyone or you, yourself, feel like you are experiencing PTSD you may press on the links below for help:

A PLACE OF HOPE

From Your Site Articles
mental health
Report this Content