Protesting Is A Democratic Right
Odyssey

Do We Have The Right To Protest?

Is the right to complain a vital part of democracy? 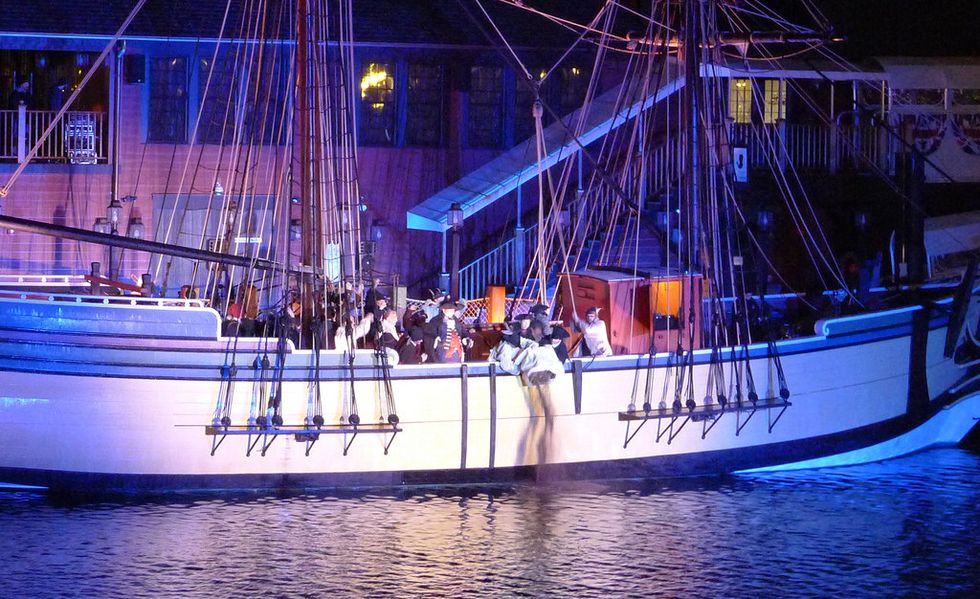 For those wondering at the cover photo, my ancestor Peter Slater was the youngest participant in the Boston Tea Party (a protest which is still controversial today!) at 14-years-old. I grew up hearing this exciting story from my grandparents, and the values of democracy hold a special place in my heart.

The signs range from clever and witty to corny and terrible. One million people on the streets, all from different walks of life, united for a cause and a purpose – to bring attention to an atrocity.

What is it that causes the spirits of the people to brew such anger and discontent? They speak about their rights – is there a right to protest and be heard? Would a democratic society be more democratic if the people were allowed to protest?

"Protests are inconvenient!" many cry out. "Can't they just protest in a different way than this?" "Ugh, I wish all this craziness would end."

Whenever I hear these statements, I think we as a society are forgetting that a society that is free to protest is a free society.

If protests ended, or if they were suppressed to the point where people had to take drastic actions, then this would not be a free society.

Russia, Belarus, North Korea, China, Iran, Turkey, Venezuela.... many countries around the world have restrictions on protesting, which is punishable by jail or even death.

In 20th-century Soviet-occupied Czechoslovakia, Vaclav Havel paraphrased the Communist Manifesto's famous opening and wrote his own powerful essay against Communism, "Power of the Powerless." Havel wrote, "A SPECTER is haunting Eastern Europe: the specter of what in the West is called "dissent." This specter has not appeared out of thin air. It is a natural and inevitable consequence of the present historical phase of the system it is haunting. It was born at a time when this system, for a thousand reasons, could no longer base itself on the unadulterated, brutal, and arbitrary application of power, eliminating all expressions of nonconformity. What is more, the system has become so ossified politically that there is practically no way for such nonconformity to be implemented within its official structures.

Who are these so-called dissidents? Where does their point of view come from, and what importance does it have? What is the significance of the "independent initiatives" in which "dissidents" collaborate, and what real chances do such initiatives have of success? Is it appropriate to refer to "dissidents" as an opposition? If so, what exactly is such an opposition within the framework of this system? What does it do? What role does it play in society? What are its hopes and on what are they based? Is it within the power of the "dissidents" – as a category of sub-citizens outside the power establishment – to have any influence at all on society and the social system? Can they actually change anything?

As Havel explains, dissent is a natural occurrence when the people are oppressed or silent. It is an inherent need within humanity to be heard and to have a voice in the system governing them.

When people take to the streets to express a concern, it must be a concern deep enough in their hearts to cause them to invest money into travel expenses to travel to the protest site. Many Americans are too poor to travel or take time off of work to protest but feel the same sentiments. Please keep in mind that for every 100 people protesting, there are probably at least 200 more.

People need to make themselves heard and active in the governmental process. This is especially true because the government exists as a contract between the people and the governing authorities. It is happier for both parties involved if the people are allowed to express dissent whether the government agrees with them or not. In many cases, individual politicians may not be aware of all of the concerns affecting a nation unless the people raise their voices and make themselves heard. It is impossible for any human (politicians included) to be 100% knowledgeable and an expert on every issue. Protests help bring light to certain issues.

Now since protests gather people from diverse walks of life, there is a high possibility that there may be forms of protests or signs that make you uncomfortable – when you have a group of 1,000,000 people, chances are everybody disagrees with each other on something!

The more we make it easier to protest and to make people be heard, the more effects and protests will be peaceful. People need to make their voices heard – it is a natural human impulse for attention, and this is not a bad thing. It is a good thing. If nobody spoke up, the Civil Rights movement may never have happened. If nobody spoke up, the Soviet Union may still exist today.

Banning protests will not help heal political division – it will make the division even worse. This is a first step to silencing opposition, which will result in people being afraid to say what they believe to be true and will cause the gap between the people and the government to widen. It will also cause the polarization gap to widen as people will have no way of expressing themselves and gradually will assume the other side and others are "evil" and seeking to destroy the nation.

Protesting is a human right and should not be infringed on. The people in monarchist France could not just protest the corrupt Bourbon kings, and it escalated until the system got out of control.

We can protest, and we can make our voices heard – let's keep it that way. Let's have a free and open democratic society where liberty, equality, and human rights are what govern us. We need a government of the people where even the smallest cause can be heard by all. I do not support every protest I see, but I do believe protesting is a sign of a democratic society.