The Pros and Cons of Gaming
Odyssey

The Pros and Cons of Gaming

Have fun and game on. 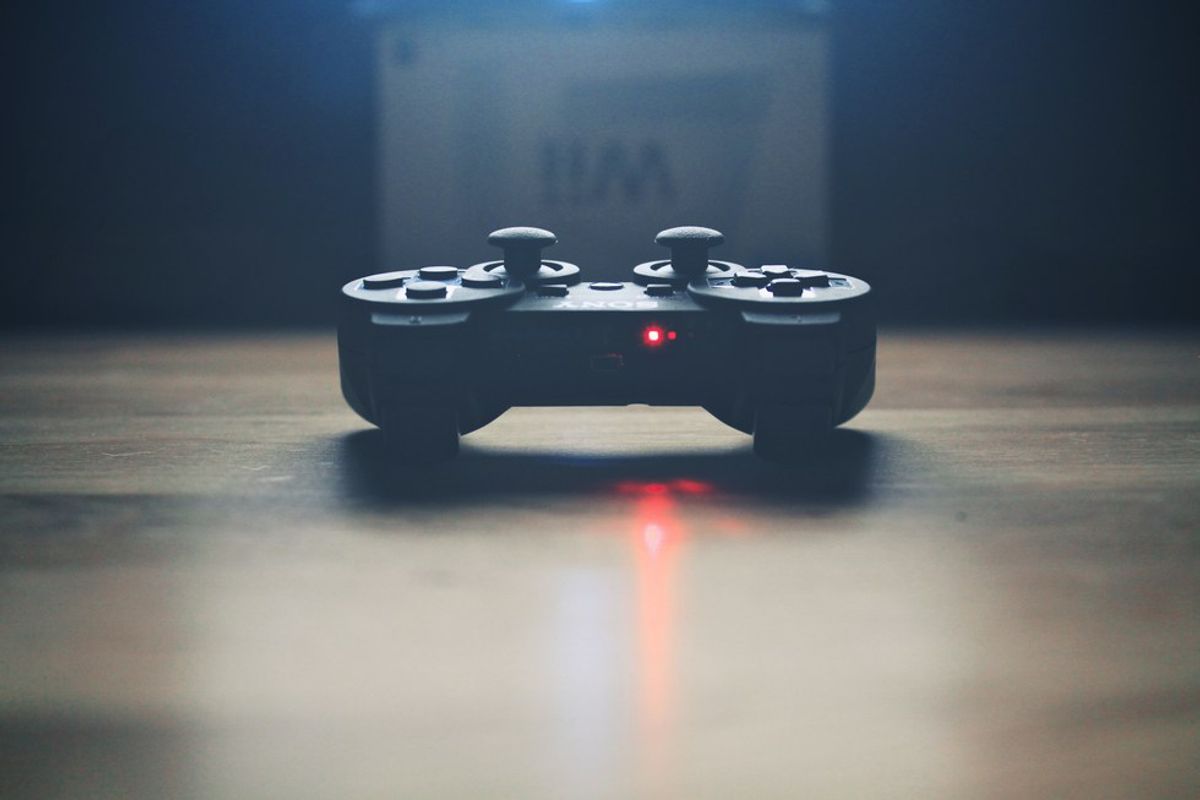 Everyone needs a little downtime, and gaming, by far, is probably one of the most popular forms; anything from Mario Cart to MMORPGs. Being in college, the gaming scene is interesting, to say the least. The dorm halls on a Friday or Saturday afternoon are filled with the muffled sounds of video games and people celebrating or shouting. You can always tell which rooms are celebrating a victory, and which rooms are aggravated with defeat and frustration. Gaming, despite all of the negative backlash it can get from society at times, has more pros than cons, I find.

Probably the biggest pro to any form of gaming is its sense of decompression and stress relief. Even something as casual as Angry Birds can be a nice stress relief after a long day. For some, though, Angry Birds isn't enough. They need a way to channel out a really long and stressful week, so they turn to something like Call of Duty or Grand Theft Auto.

Another big pro to gaming is how active it keeps your mind. Most MMOs (massive multiplayer online games) require you to strategize with a team, or even solo to achieve certain rewards in-game. All of the thinking and planning out in these games happens subconsciously, for most, but it shows up sometimes in the real world when you need it. Hand-eye coordination also goes hand in hand with this. Most notably are the handheld game consoles like the Nintendo DS or Playstation Portable (in fact that was a huge selling point for most of Nintendo's early hand-held consoles).

Certain games can also let you unleash your creativity. The Sims is probably most known for this, where you get to create characters with families and little towns. Even some combat games let you customize your main character by choosing elements of their look from armor to hair color to body type. After you've played with the same characters for a long time, you become attached to them and they become your children, in a sense.

The best feeling coming out of any form of gaming is the sense of achievement you feel when you've reached a goal in the game or beat it in its entirety. There's this deep-seated sense of satisfaction in pride at looking back at your little achievement stamp or badge and saying to yourself, "Yeah. I did that." This feeling, I've found from experience, is amplified when it comes from completing a hard level or task.

The biggest con, for me and many others I'm sure, of gaming comes with procrastination. You get so into the game you're playing that you put off sleep and chores and other important things until the last minute. Disclaimer: many people, myself included, are procrastinators by nature and it is not the games that make us procrastinate, but instead act as a catalyst to further said procrastination. For some, however, games do make people procrastinate.

If you've sold your soul to a specific gaming company or two, you may find your bank account crying after you've got the newest game or console. My Pokémon fans know what I'm talking about after Moon and Sun's release this past week. Hopefully, though, most people realize the hobby they've gotten themselves into and have a stable job that allows them to maintain such a collection of games and consoles.

Of course, when you've beaten the game or played it to the point where you have to wait for new updates, you feel a sense of emptiness because you've devoted so much time and effort into this game that now you don't know what to do with yourself. Your friends or parents might joke with you that "you aren't playing that game today?" or that they're "so proud," because sometimes gaming can make you a bit reclusive.

One of the biggest issues in the gaming industry especially in MMOs and combat games is this inherent sexism that comes with the games. Women in most of these games can only be thin and lean or the only armor options are revealing bras and bathing suit-esque bottoms that leave the character sufficiently unprotected. This sexism even reaches outside of the game itself and often time men accuse women of being "fake gamers" or "they're only playing to get a man's attention." It doesn't even seem plausible to them that women can enjoy gaming for the sake of gaming and not to gain male attention. This concept seems mind-blowing to many men and that's a sad fact.

The most controversial draw back of the gaming industry is how sometimes gamers' aggression can bleed out from the game and into real life. It doesn't even have to be a violent game like Call of Duty. Mario Cart and Wii Sports can tear friendships apart just as fast. As my dear roommate once said, "There's a reason Wii remotes have a strap." Honestly, most people who've ever played a game has been a little guilty of getting aggressive with the game itself. I've pushed friends, and they've pushed me off of couches over something as casual as Mario Cart. It happens to us all, but if you find your aggression outweighs your ability to have fun with the game, it's probably time to put it down and go take a walk.

Because that's the whole point of games: to have fun. Despite all of the cons that come with the gaming industry (or the people in it), what really matters at the end is that you're enjoying the game. That's why the industry is such a lucrative industry. People want to have fun and they want to play these games and be distracted. So if the next time you're strolling through the game section of a store and are debating on getting that new game you want: just do it and treat yourself. Have a little fun and game on.