Prohibition on the March
Odyssey

Prohibition on the March 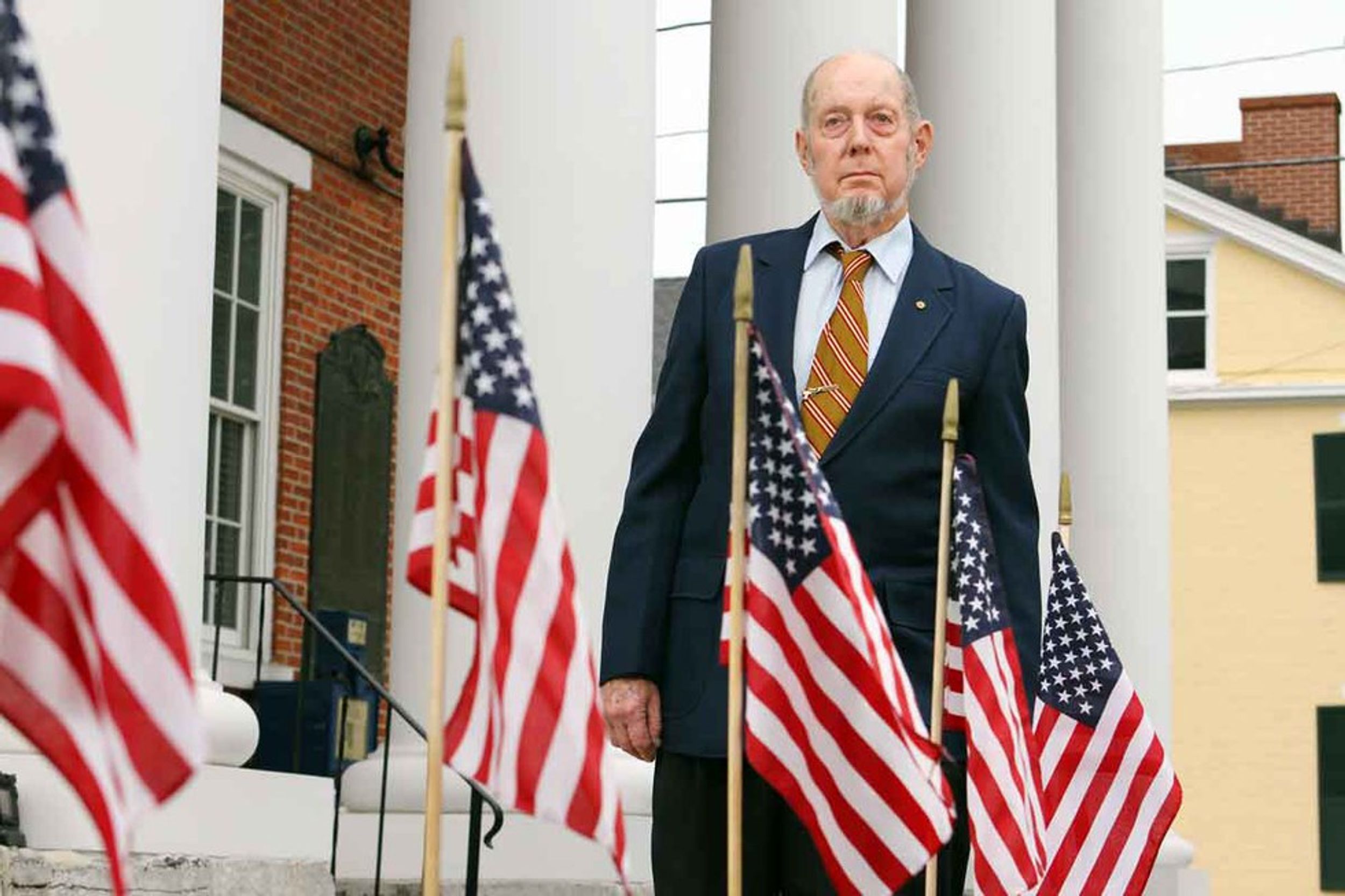 The interesting event known as the 2016 election has offered a good day for the nation’s oldest third party. The Prohibition Party has had its biggest national election results since 1988. The Prohibition Party has received over 5,500 votes from the current ballot results, and will likely have a higher total once write-in ballots from other states are reported. The results are already more than 10 times the party’s national vote in 2012. It is a sign of the hard work the Prohibition Party’s members and their advocacy, and is something to offer hope to those who advocate for temperance and for government in service of family and community. As a Prohibition Party member and Odyssey Writer, I decided I would report on this news.

To give some background. The Prohibition Party is the oldest existing third party in the United States. The party was founded in 1869 by a group of temperance activists, former abolitionists, and other activists. The party’s signature issue is its support for banning the manufacture and distribution of alcoholic beverages, and support for efforts to promote abstinence from alcohol. The party’s influence helped drive the establishment of national prohibition from 1920-1933. Contrary to popular misconception, alcohol use decreased significantly during the prohibition, and the national crime rate decreased. The party was also important in championing many of the important progressive causes of the day, such as women’s suffrage, supporting racial equality, ending child labor, and the direct election of senators. It acted as a significant force in pushing these issues into the political mainstream.

Since the end of World War II, the Prohibition Party’s size and influence has declined. In 2012, the Party’s Presidential candidate was on ballot in one state, and received only 518 votes. Entering into the 2016 campaign, the party had about three dozen dues paying members, and an assortment of various supporters. But the members of the party were committed to the party having a future in American politics. So, they set out in an effort to grow and rejuvenate the Prohibition Party, and to use the 2016 election as a catalyst.

James “Jim” Hedges is a 78-year-old renaissance man, living in Pennsylvania, with a long history of party involvement. He was born in Iowa, and has a bachelor’s degree in music, as well as a masters in geology. He had spent 20 years in the U.S Marines, in the U.S. Marine Band, spent 11 years as editor-in chief for the National Speleological Society Bulletin, is a community volunteer, a historian of Prohibition Party history and literature, and runs a print shop in a living history museum. He became interested in the Prohibition Party as a teenager, began his significant involvement with it in the 1980’s, and over time rose to become one of its leaders. He bears the distinction of the first Prohibition Party member to win elected office in the twenty first century. He was elected to two terms as the Assessor for Thomson Township, Pennsylvania.

William “Bill” Bayes is a musician and businessman, living in Mississippi. He was born in Amsterdam, New York. He grew up in a military family, and lived in many places before settling Mississippi. He acquired a music degree from the University of Mississippi, and spent many years as a high school band director and a salesman. He currently is the owner of a small manufacturing business. He has been involved in politics for many years, and has participated in many state and local campaigns. Though this election was the first time he has been a candidate himself.

The 2015 convention also drafted the most recent Prohibition Party Platform. The Platform includes a mixture of traditionalist and progressive policy positions; including supporting the prohibition of alcohol, banning other drugs for any non-medical use, opposition to gambling and pornography, supporting the expansion of state educational support to enable free college education, universal healthcare, protecting the environment, promoting the development of renewable energy, replacing the federal reserve with a federal bank, balancing the federal budget, supporting the second amendment, supporting a constitutional amendment to produce term limits for congress, a balanced approach to trade, and positions on other issues.

The Prohibition Party’s effort in the 2016 election was based largely on efforts to expand ballot access. Significant efforts were made in 10 states to get ballot access. We succeeded in getting Hedges on ballot in the states of Mississippi, Arkansas, and Colorado. We came close to succeeding in Iowa, Tennessee, New Jersey, and Louisiana. Hedges ran in the American Independence Party primary in California, to try to get ballot access in California. He received 3,223 votes,10.8% of the primary vote. Once it was clear that Mississippi, Arkansas, and Colorado were the set states for ballot, efforts were concentrated in seeking to build support in those states. And these efforts appear to have paid out in the election results.

Current vote results show that Jim Hedges has gotten 5,509 votes. This is combining his vote totals in the states of Arkansas, Colorado, and Mississippi. The vote numbers for write-ins have are not yet known, and once they are in they will raise the total to some higher number. Jim Hedges received 4,676 votes in Arkansas, 150 votes in Colorado, and 683 votes in Mississippi.

Here are some details on each state’s results.

Colorado: Hedges came in 22nd of the 22 candidates on the Colorado Ballot. Most of Hedges votes were concentrated in the more highly populated parts of the state. His best results were in El Paso County (19), Jefferson County (18), and Denver County (15).

Mississippi: Hedges placed 7th out of 8 candidates on the ballot, beating Reform Party candidate Rocky De La Fuente Hedges had some fairly strong results across Mississippi. He received votes in all but two counties. His best results were in Madison County (25), Hinds County (25), Jackson County (24), and Rankin County (20).

Arkansas: Arkansas was Jim Hedges’ best state in this election’s results. He placed 6th place out of 8 candidates, beating Constitution Party candidate Darrell Castle and Independent candidate Lynn Kahn. He received votes in every county in the state. Hedges won 3rd place in Arkansas County, with 133 votes and 2.1% of the vote. This is the one county in which Hedges was the top 3rd party candidate. Here he beat Gary Johnson by 7 votes. He also got 4th place in Nevada County and Yell County. In 13 counties, he got more than 100 votes. His highest vote results were in Pulaski County (528), Benton County (279), Garland County (278), and Saline County (193).

Though the current vote information gives Jim Hedges a total of 5,509 votes, the total result will increase after the final official state results are cemented and information for write-in votes in various other states in received. These results are already the best results for a Prohibition Party presidential candidate since 1988; in which, Earl Dodge got 8,002 votes. It is more than 10 times the 518 votes Jack Fellure got in 2012. These results are good news for the Prohibition Party. After news of the results, Jim Hedges sent a message to the party members which includes him stating,

“With your continued assistance, and with the help of the young people who have been attracted by our campaign, we'll do twice as well in 2020”.

If the Prohibition Party continues its efforts and builds on its current successes, there is a possibility that the party could enter a long awaited new upswing. If it keeps expanding its membership and resources, is able to expand its successes in gaining ballot access, and is able to successfully expand its messaging, there is a good chance that the Prohibition Party could crack 10,000 votes in 2020. Time will tell whether this will occur, but these current results give reason for some confidence.