The Problem With Plastic Water Bottles

Disposable water bottles should not be a growing industry. 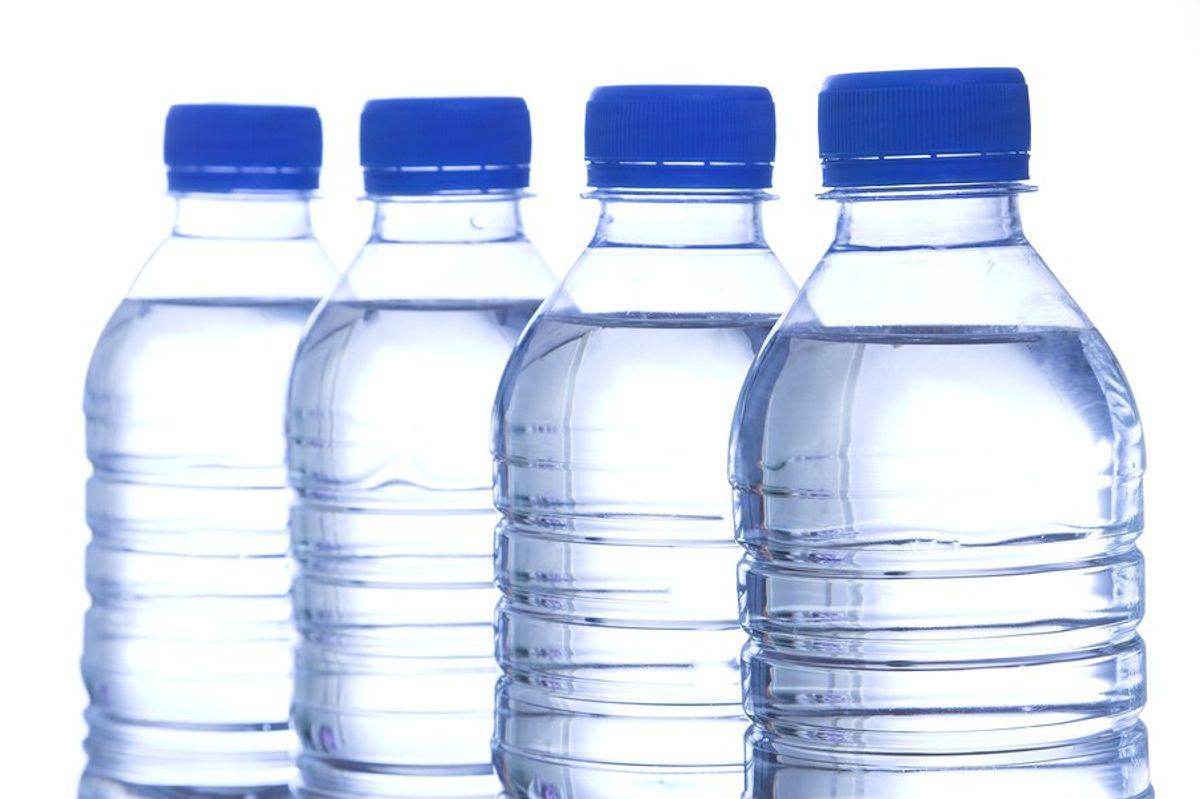 My friends and I recently walked into a restaurant and upon settling in, the waiter asked us, “May I interest you in some Voss filtered water?” He was holding a clear cylinder-shaped bottle of what looked to have the same flavor and benefits as normal water, and it was five dollars extra. “No thanks,” I answered. “Tap is fine.” But I was confused. Do people really prefer this funky-looking, expensive bottle of water to the ice water that is free? And why do people gravitate toward water bottles instead of water from a sink? In a world where there is so much press about the terrible effects of plastic water bottles, why is this still a huge industry? I was determined to find out.

There are really only three reasons why people drink bottled water: convenience, preference, and necessity.

Bottles of water are available at nearly every grocery store, gas station, and airport. They can be purchased in bulk or individually. They come in all shapes and sizes. Put simply, purchasing a bottle of water is easy; it’s much easier than hunting down a water fountain to fill up a reusable water bottle. Water bottles are the perfect on-the-go beverage. So many water bottles are handed out to kids after sports games and purchased by outdoor crowds in the heat of the summer. According to government and industry research, a fourth of bottled water is just tap water, and some of that isn’t even purified further. That’s right. Much of the bottled water that companies advertise as being purified and better-than-tap water is actually just tap water. People are paying as much as several dollars a bottle for the same water they could get from their kitchen sink for only fractions of a penny.

Many people prefer bottled water to tap water or soda. Tap water may taste different depending on which water source it comes from, making it more likely for a person to drink bottled water. In fact, only 1% of tap water is used for human consumption, and the rest is used for showers, cleaning, and cooking. While much bottled water is just packaged tap water, there is a perception that it is cleaner or more purified than tap water, and many people like this idea. Others drink water because of the negative effects that drinking soda and other sugary drinks bring. Sugar-filled beverages dehydrate a person more quickly than water, have way more calories compared to the zero calories in water, and are terrible for a person’s overall health, including increases in obesity rates and tooth decay. Grabbing a water bottle seems like a healthier choice for several reasons.

Water bottles are used in lots of places in which tap water is not an option. This includes natural disasters like earthquakes, crises like the water contamination in Flint, Michigan, and in third-world countries where there are no water systems. Nestlé Waters North America, a the number one water bottle company worldwide, donated one million dollars in bottled water products to Haiti earthquake relief in 2010—this ended up totaling to three million bottles of water. Recently, in Flint, Michigan, the city’s water supply has been contaminated with toxic amounts of lead and iron. Unable to drink the tap water, citizens of Flint are forced to drink bottled water. Organizations throughout the United States have donated thousands of water bottles to the city. There are so many water bottles in Flint, Michigan, that they are now not only facing a problem with the tap water, but with an overabundance of empty plastic water bottles to recycle. In poverty-stricken countries, there is no access to any clean water. Quite a few organizations are working towards providing clean water access to these people through wells and purifiers, but the temporary solution is bottled water.

The water bottle industry is huge, and it is a relatively new industry. Water bottles are convenient, and many people think the water tastes better than tap water, even if it is often the same product. Bottled water was technically invented in 1767 in Boston, but it did not get big until about 200 years later in 1977 when bottled water company Perrier launched a five million dollar marketing campaign for its water. From there, bottled water sales skyrocketed. Plastic water bottle sales continue to grow each year despite how wasteful they are. Yes, they can be recycled, but out of the 50 million water bottles that Americans consume each year, it is estimated that only one out of five are recycled. This causes the water bottles to sit in the landfills, and they take over 1,000 years to biodegrade. Annually, thousands of animals are killed because of becoming entangled with or ingesting plastic, including water bottles. There are so many statistics and just one conclusion: although disposable plastic water bottles are easy to obtain and consume, reusable water bottles filled with tap water are equally as beneficial health-wise and are much more beneficial to the earth.

Caitlin Marie Grimes
University of South Florida
6074
Beyond The States