Pro-life is really Pro-Hypocrite, Here's Why

Pro-Choice Is The Real Pro-Life: The Hypocrisy Of The Pro-Life Movement

No, these people are not "pro-life," they're "pro-control" religious hypocrites. Stop hiding behind God. Stop acting like you're so above it because you sit in a Church once a week and believe that this automatically makes you "righteous." How about taking attention off a woman's personal choices and using that energy to fight for the lives of children who are already here and in need of help? 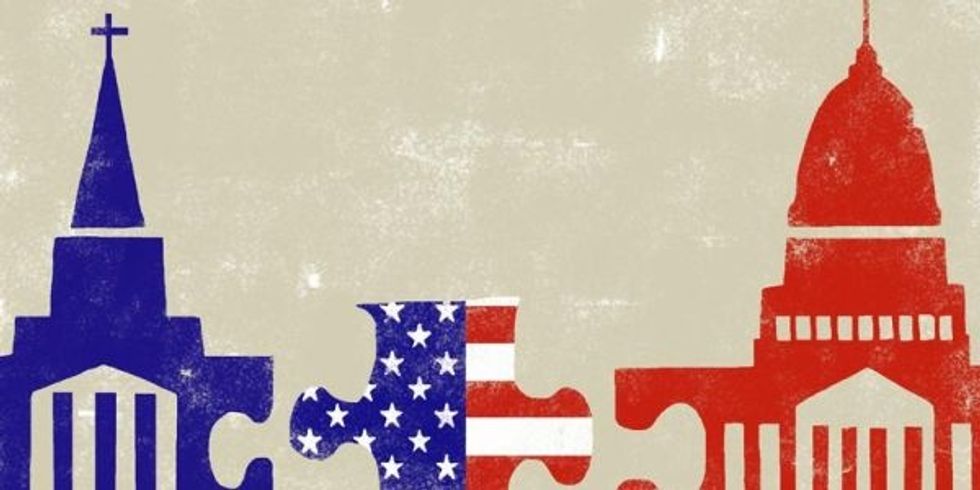 It seems like our government just can't fathom the idea of allowing a woman to have complete autonomy over her body. Ever since Roe v. Wade was issued by the Supreme Court in 1973, the "pro-life" opposition has been fighting to overturn it. Roe v. Wade allows women to have access to safe, affordable abortions. It allows her to choose to terminate her pregnancy with dignity so that her life does not have to be compromised in any way. Most of these "pro-lifers" are against abortion due to religious reasons.

I am religious myself and have a strong faith, but am I okay with religion impacting people's lives all because of a 2000-year-old theory that a God exists who believes abortion is a sin? No, no, no, no, and no.

I believe strongly that a woman has the right to choose. That her life comes first. That her decision to have an abortion is no one else's business but her's. That she should have the freedom to choose to be a mother or not regardless of what others may think because it's her body, her uterus, her future.

Yes, I believe in God, but I also believe that we do not have the right to speak for God or dictate others' lives based on religious beliefs. We have no viable proof that God even exists, so why must we choose to control how people live all because of a theological idea that has not been proved? This goes for homosexual rights as well. Why should we make LGBT people miserable all because of a religious belief that has no evidential backing?

This is an instance where I choose science and knowledge over my religion, because what we do have are science and reason, and what we don't have is evidence of a higher power. And anyway, the God I believe in loves everyone regardless of their sex, orientation, and even their choices regarding body autonomy.

An "all-loving God" is just that, all-loving.

One of the many things that disgusts me about people who claim to be "pro-life" is that a majority of them are perfectly fine telling women to endure an unwanted pregnancy and delivery, but have no problem knowing that our troops have been overseas killing innocent foreign children, or that there are millions of U.S. children being domestically abused, left to be homeless, raped, murdered, or are mentally tormented. And how about the lives of the immigrant children who have been detained by the U.S. against their will in cages??? How about U.S. children who are being unloved and beaten by their low life parents? If a life is a life, don't these already-existing lives matter at all?

Seems hypocritical to me.

These "pro-lifers" fail to understand that no "all-loving God," as He is portrayed to be, would be so hateful and damning. I believe in the separation of Church and State for this reason. I believe God gave us Free Will. Us humans have no right to tell others how to live their lives. Us humans have no right to tell others they are going to Hell or that they are shameful in the eyes of God. These religious fanatics think God speaks right through them and they take the Bible as law, even though the Bible was written by religious men 2000+ years ago, in a time where homosexuals were killed and where women were property, so obviously, these religious laws reflect what these men wanted, not God.

Our government needs to protect a woman's right to choose, not fight to overturn it or debate it. And if they ever did, I hope they know that this would only prevent safe abortions and that abortions would still occur, only now they would be deadly and dangerous.

No woman deserves to be humiliated, shamed, or hurt over her choices. Every woman should have the right to decide what she does with her body. To the pro-lifers," here is what I have to say to you: How would a woman terminating her pregnancy even affect you? Her life is not yours and her termination will have no impact on you whatsoever, so why even meddle? Your arguments are theological, not scientific or rational. How can you go to Church and preach love and kindness during every sermon but then turn and tell women they are going to hell if they have an abortion, and attempt to control their lives? Very hypocritical and not what religion stands for.

Religion should be about love and acceptance, not controlling how others live.

So no, these people are not "pro-life," they're "pro-control" religious hypocrites. Stop hiding behind God. Stop acting like you're so above it because you sit in a Church once a week and believe that this automatically makes you "righteous." How about taking attention off a woman's personal choices and using that energy to fight for the lives of children who are already here and in need of help? Because that is what God would want, at least the God I believe in any way. Just a thought.