Upcoming Presidential Debate To Be In "Rap Battle" Format

Upcoming Presidential Debate To Be In "Rap Battle" Format

Clinton and Trump to "Duke It Out" 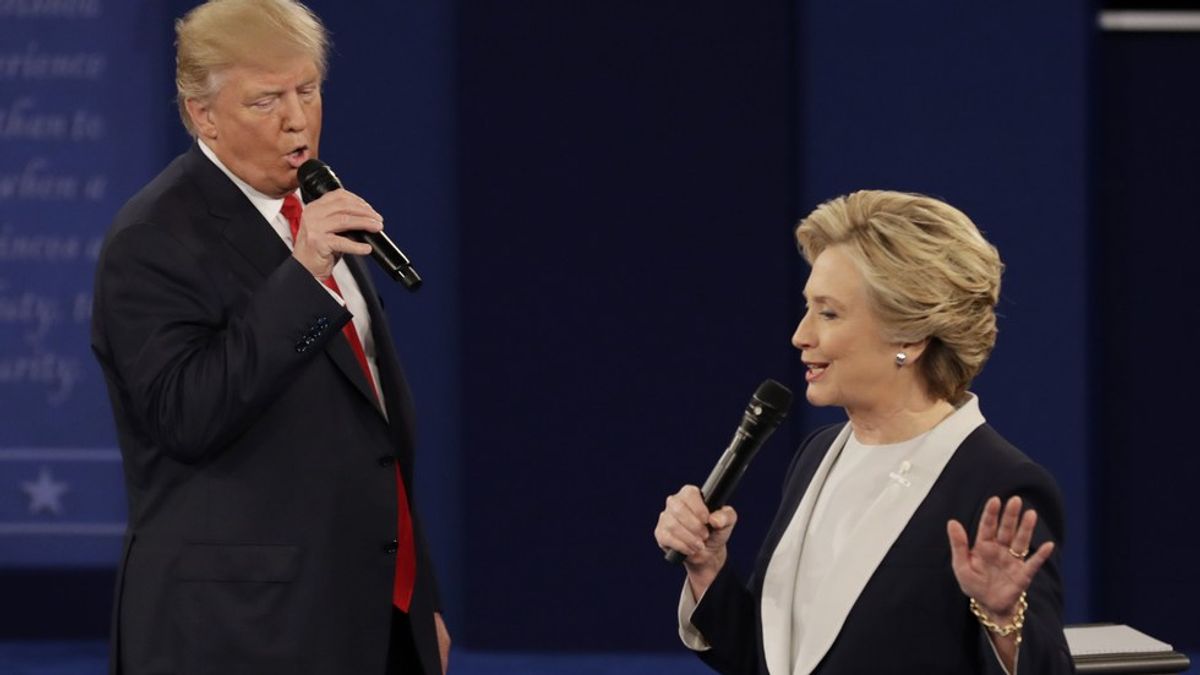 Sources report that, for the first time in history, the next presidential debate in this unprecedented election year will be in "rap battle" format.

Presidential candidates Hillary Clinton and Donald Trump will face off onstage in Las Vegas, Nevada on Wednesday, October 19, 2016. This time, however, both candidates will be required to present their positions and responses in lyrical form.

Trump announced on in a series of tweets Friday evening that he would "absolutely bomb" Clinton and that this debate will be "even worse than Benghazi." He also claimed that he is experienced enough to go up against the long-time politician in this format, as his high school mix tape was "fire" and Clinton has "no experience whatsoever" with the style.

Despite her inexperience, however, Clinton believes she is fully prepared to win (and win over undecided voters) in the unconventional format:

"I expect to school Trump. You could even say I'll 'trump' him. I've been studying the the work of the greats for weeks now," Clinton admitted in a recent interview. "Pitbull, Soulja Boy, Nicki Minaj....I've been listening to Drake for days on end. It's inspirational. Just wait until you hear my tribute to Prince. In my opinion, he may have been the best rapper of all time, and I really wanted to pay homage to that in my work for the debate."

In response to Clinton's comments, Trump stated, "Prepare? She's actually preparing for this? Well, let me tell you, I'm going to freestyle. And it's going to be the best freestyle of all time. I guarantee it."

Hours later, in the middle of the night, Trump added, "I've got some tricks of my own up my sleeve. I'm working with the best people. Let me be clear: I don't want to give anything away, but my speech is going to be feat. someone whose name rhymes with Ru-pac. I'm in the studio with him right now. We're releasing our breakout album at midnight after the debate."

In addition to her preparation for the debate, the Clinton campaign has also announced that it will soon publish their new MySpace page.

"We want to keep up to date with young voters," stated Joel Benenson, Clinton's chief strategist, at a press conference on Sunday. "We really need to reach out and be where the millennials are. It's all about being current. We're also conducting polls on Survey Monkey and working with Apple and Samsung to create Hillary Clinton emojis."

According to sources, Clinton and Trump plan to meet in secret at Caesar's Palace after this Wednesday's debate for drunken karaoke, gambling, and possibly an angry make out session. An additional debate has also been scheduled for Monday, October 24. This will be the final debate and will consist only of the two candidates mud-wrestling in a pit behind The BBQ Shack in Dothan, Alabama.