Praising Sondheim Through His Songs
Odyssey

Praising Sondheim Through His Songs

The musical theater great's brilliant individual songs and lyrics are too often ignored. 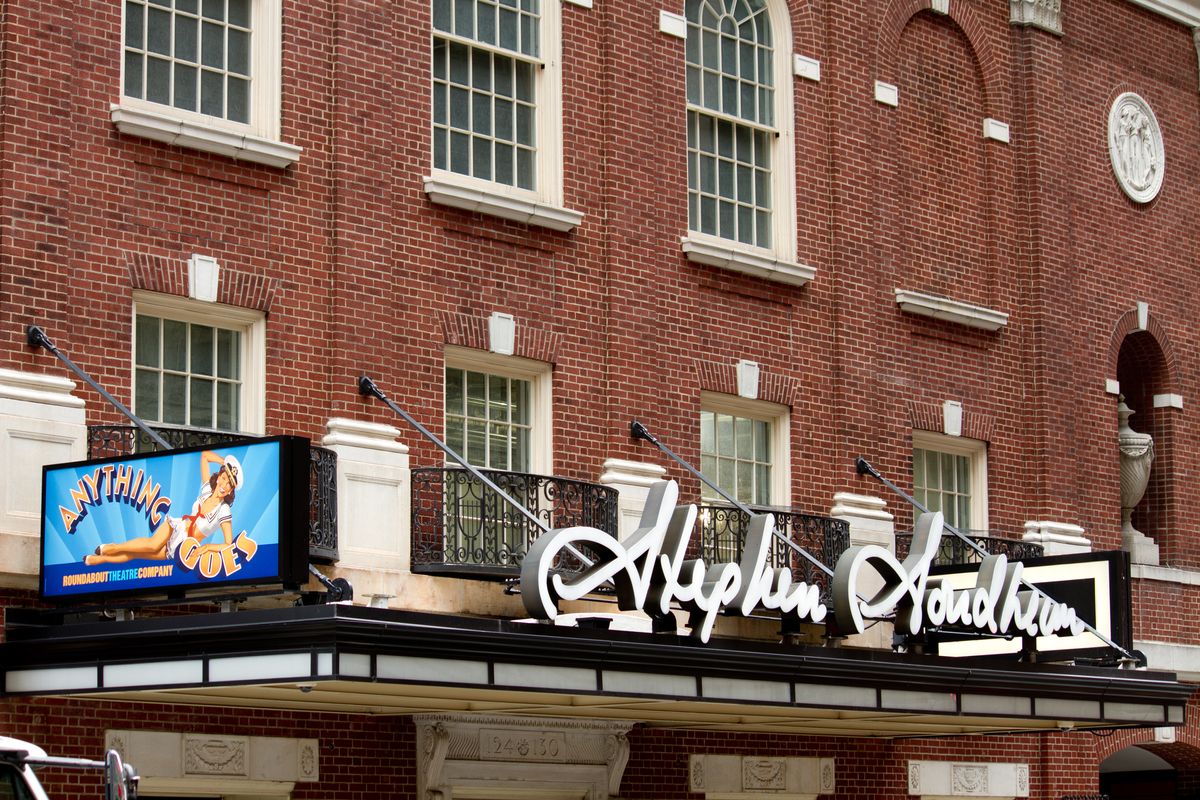 When I was just 14 years old, my family visited Los Angeles, and I insisted—as I do on most vacations—we go see a musical. I went on Goldstar and found tickets to a production of a show I knew nothing about at a church in North Hollywood. After a day at Universal Studios, I, a 14-year-old boy with a high-pitched voice and big showbiz dreams, sat in the audience and watched a group of relatively unknown actors perform a show full of vignettes that cynically mock marriage, while simultaneously showing why it’s necessary. And I was hooked. Sure, I had a hard time grappling the show's themes. Sure, I didn’t understand the scene where the characters smoke marijuana and hilarity ensues. But I loved it. The actors were great, and the music—played on a singular piano—was so wonderful and warm.

Then, this year, I saw the Barrington Stage Company’s acclaimed production of "Company", starring the talented Aaron Tveit. I was super excited for the cast of this production, and they, were, without a doubt, phenomenal. But I also felt like the thing most remarkable about the evening was still the score. I sat in the front row mouthing along to the lyrics, and conducting the score joyfully. In fact, I was so moved and animated that, when I met Tveit afterward, he asked me if I’d been in the show as he had noticed my enthusiasm. The brilliance of this production wasn’t just the phenomenal cast, the spot-on direction, or the amazing period costumes. It was, as it always is with Sondheim, the intricate score, and the clever lyrics. So, given that, I’d like to offer a praise to, in my opinion, the greatest musical theater composer of all time by breaking down some of his songs.

1. "The Ladies Who Lunch" from "Company"

This quintessential Sondheim power tune contributes begins the home stretch of "Company". It is followed by the equally powerful “Being Alive” (later in this list), and then the shows powerfully ambiguous finale. While I will not argue, that in itself, "Company" has the best finale or ending in the world. I certainly think that the powerful combination of these two brilliant songs makes for the best musical home stretch in musical theater history. It is not often that two of a show’s best numbers and a composer’s best numbers concurrently finish a show. I also think this number points to Sondheim’s lyrical brilliance. Specifically the line “Keeping house but clutching/A copy of LIFE, // Just to keep in touch.” sticks with me, as it plays on an odd usage of the word life, and presents a scathing critique of the titular “Ladies Who Lunch.”

Who knew a song from a musical about a murderous barber who feeds his victims to the customers of a local meat pie shop could be so beautiful? Sondheim often gets criticized because his works are not commercially successful. Some attribute this to his songs not being melodically beautiful or catchy. I think “Johanna” perfectly refutes this point. This ballad love song is short but extremely sweet and powerful. Each time I listen to the cast recording, I yearn for another verse of this powerful melody. One of the song’s defining features is its crescendo. The song begins softly and quietly, but, over the course of fewer than two minutes, accelerates to a cymbal crashing, horn blaring crescendo. This rise coincides with the rise of Anthony’s fantasies about his love for Johanna and future life with her—making it the perfect orchestral representation of his emotions.

3. "Unworthy of Your Love" from "Assassins"

Even more unlikely than the beautiful “Johanna” is the potent duet Reagan assassin-wannabe John Hinckley and attempted assassin of President Ford and Manson Family member Lynette “Squeaky” Fromme sing to their unrequited loves—actress Jodie Foster and cult leader Charles Manson, respectively. The song begins on guitar, but orchestrations quickly kick in. Sondheim plays with the insanity of killing a president in an act of love. Although "Assassins" is full of fantastic songs, this is the most beautiful. Sondheim knows how insane the ideas his lyrics express is, so he twists and contrives the ideas by turning them into a beautiful love song—defying all audience expectations.

This song sticks to well-established Sondheim tradition of writing beautiful songs for dire situations. "Merrily" is the end-to-beginning tale of three people trying to make it in show business. Because this play moves backward in time, the audience has already seen how these characters end up—success comes for some, but it comes with alcoholism, divorce, and estranged friendships.

By this sweet finale, the audience will, therefore, be less optimistic about these friends' futures. The audience may expect a tense beginning to the tense relationships these characters have. Instead, Sondheim responds with much optimism in this song, which embodies the optimism characteristic of early adulthood, and eschews any audience expectation of the nature of these character’s friendships in favor of a pure and optimistic outlook. It is also important to note the setting of this song. The three characters observe Sputnik—the first satellite—being launched into orbit in 1957.

The devastating beginning of the musical occurs in 1976. During the period in which this musical occurs, American optimism was completely diminished. A popular president was killed. A contentious war domestically was an abject failure. Another popular president was forced to resign after he committed perjury and tried to spy on the opposing party. Optimism in America, characteristic of the baby boomer generation, was completely wiped out. “Our Time” perfectly embodies that optimism, and "Merrily", in general, parallels that decline.

Not many composers could execute a character change in one brilliant number. Throughout "Company", Bobby kind of teeters back and forth on whether to get married. He is often characterized as being “scared not to [get married]”, but all of his married friends indicate that he should stay away from marriage. Bobby, through his interactions with each of the married couples, fails to understand the benefits of marriage. He questions what a significant other is—“Someone to hurt you too deep?” “Someone to need you too much?” “Someone you have to let in?”. Then he comes to the final realization, the one he’s been building up to since the show’s opening number: not only is everyone else as scared of marriage and life in general as he is, but they can also support him through it.

Everyone suffers through life and has problems but married couples have someone who is always there to support them. Bobby’s questions become demands. He implores someone to “need [him] too much,” “hurt [him] too deep,” and “give [him] support for being alive.” Bobby, who had remained unchanged in his indecision on the topic of marriage, suddenly changes. He may have wanted marriage at points before, but he never knew why. All the while, Sondheim’s repetitive, ascending melody crescendos behind him—leading to a powerful, if uncertain conclusion. This number is powerful, emotional, and melodically beautiful. What makes it even more powerful is seeing a tearful actor—whether it be Aaron Tveit, Neil Patrick Harris, or an unknown actor in North Hollywood—perfectly perform the number. It is Bobby, and Sondheim, and the audience at their most vulnerable.