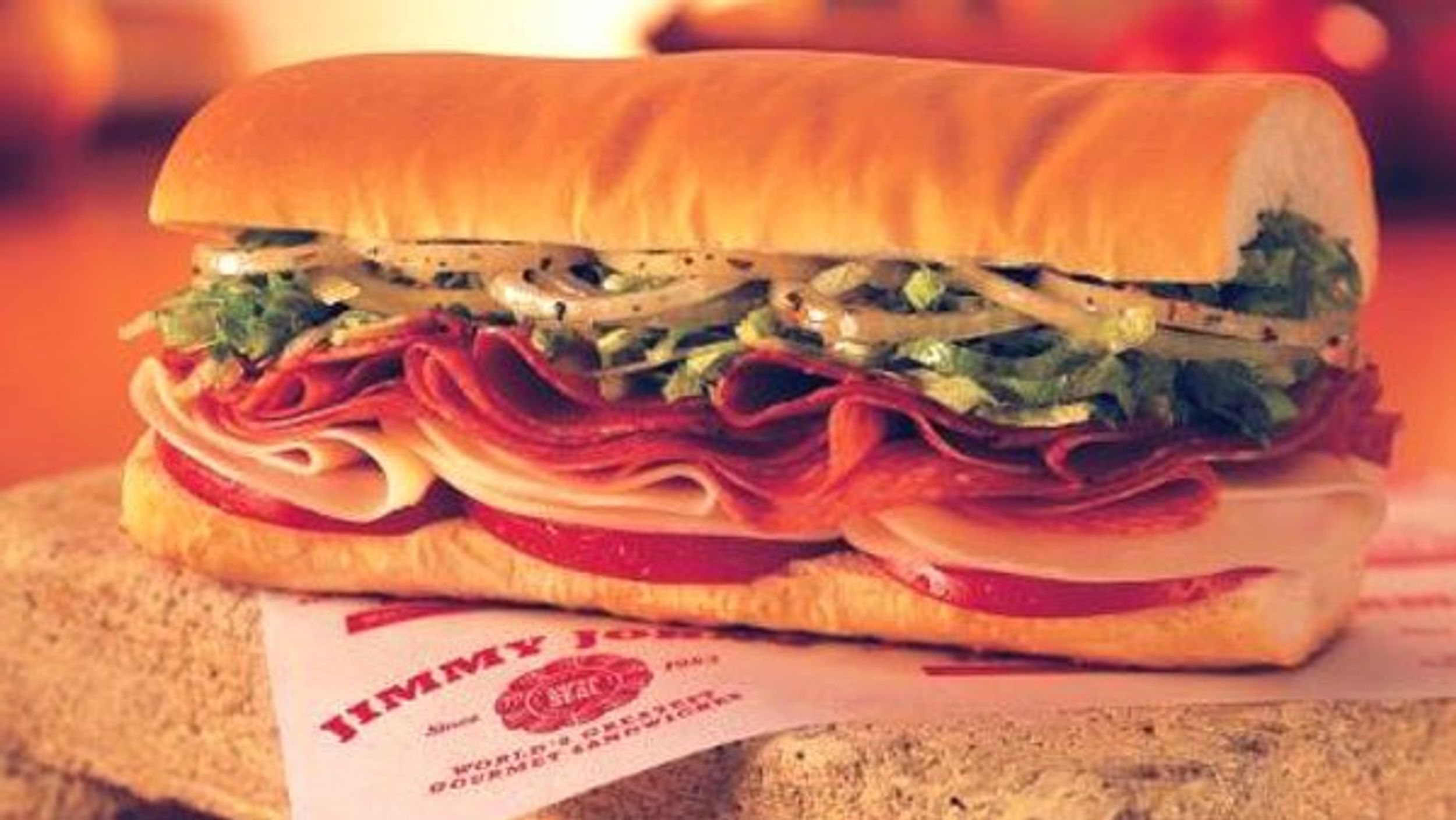 Alright, I'll say it. I work at Jimmy John's. I make your sandwiches, I deliver them, I clean up after your messes. I scrub toilets, mop floors and wipe glass down that isn't even smudged in the slightest. I wash dishes, fill ice bins and restock flippin' potato chips. It's peasant work, but peasant work has to be done. Spending so much time doing peasant work gives you a lot of time to think about how petty the work is. It also becomes second nature, allowing me to go through the motions without actually thinking about what I'm doing. All this think time gave me a chance to think about the seven subs that Jimmy John's sells (there are actually over 20 available sandwiches and countless variations, but I'm talking the heart of the menu). Which one, without any sort of modifications, is truly best? Let's break it down.

Ew. This sandwich is a disaster. How do you call it the veggie when it's loaded with mayonnaise and cheese? Sure, it's got avocado spread and cucumbers, but this sandwich should not come with the copious amounts of mayo that it does. If you like this sandwich, do yourself a favor and get it without mayo and on wheat bread instead of french. Side note: If you get the club version, called the Veggie Club, it comes with eight pieces of cheese instead of four. We call it "The Constipator."

Also nasty. Essentially, when making this sandwich, I scoop a sloppy, soggy, disgusting pile of Starkist Tuna (which came to us in a bag) mixed with celery and onion. Only redemption this sandwich gets is that it is well thought. Apparently the tomato, cucumber and tuna go very well together. I wouldn't know. Tuna is disgusting. Who wants a cold fish sandwich anyway?

Look, the Turkey Tom isn't bad. It's just, well - it's just not good. The turkey has little flavor and it doesn't come with cheese. With just lettuce, tomato and mayo, the Turkey Tom is about as exciting and appealing as a cafeteria lunch. Yet, it remains the most commonly ordered sandwich at Jimmy John's. Says a lot about you all, honestly. If I am at the register and you order the Tom without any mods, I will lose a pinch of respect, no matter how many puppies you saved from a burning animal shelter.

Like the Tom, but instead of turkey it's got ham and cheese. The cheese as a standard puts the Pepe ahead of the Tom. The Pepe doesn't deserve much more than that.

Alright, now we're getting somewhere. Roast beef, lettuce, tomato and mayo may not sound exciting, but this is a man's sandwich. Ordering the Big John says a lot about a person. "I stand with pride while watching my stock rise, and I know how to skin a deer," is what the Big John represents. Big John equals success. Don't forget it.

Alright, the Vito tops this list for a variance of reasons. First, you get two types of meat, Salami and Capicola, and Provolone cheese. Second, this bad boy comes with onion, oil and vinegar sauce and oregano seasoning. All of that, for just uttering two syllables: Vi-To. Second, the flavor is fantastic. Adding all that together onto the classic french bread will be something your taste buds thank you for. Lastly, it commands respect. First you'll be ordering the Vito, and the next thing you know, you're making people offers they cannot refuse. Catching my drift? People are asking you for favors at your daughter's wedding. All because you ordered the glorious number five. Here's to you, Vito. May your reign be long and great.