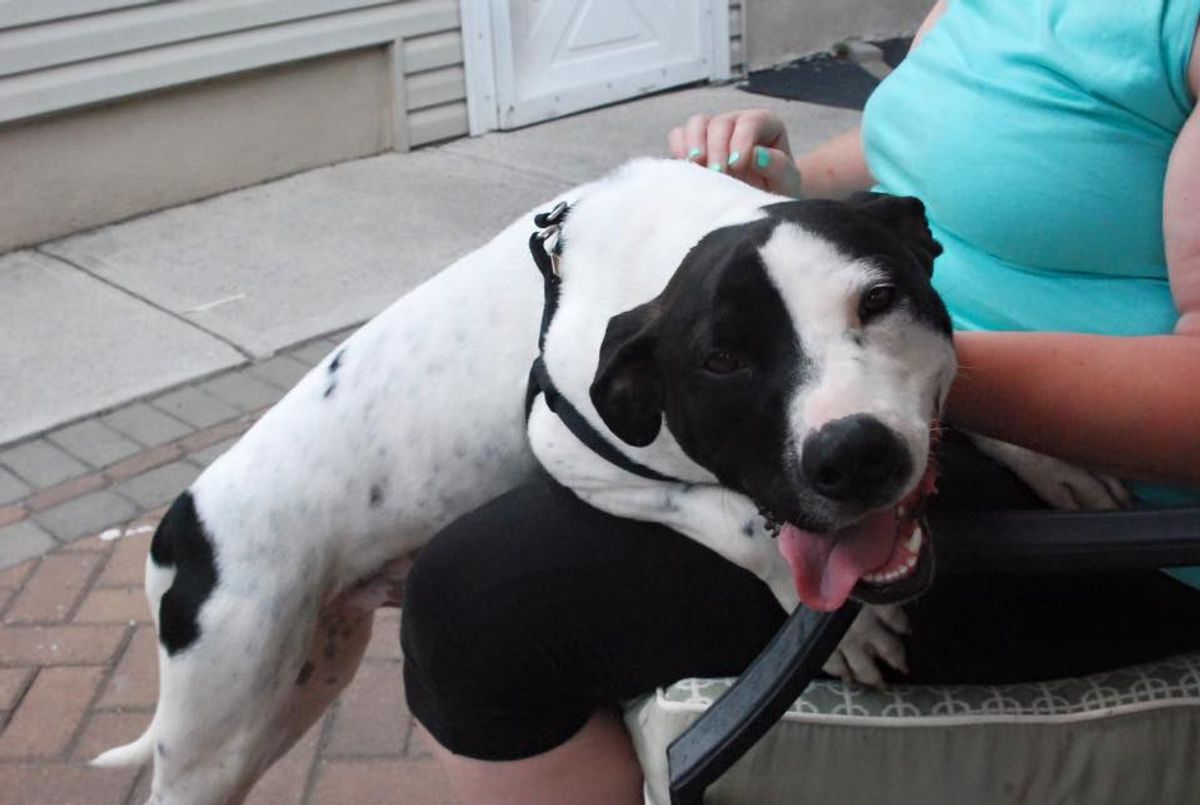 You know those ASPCA commercials with the "Arms of An Angel" playing in the background? The ones with the dogs in cages almost the size of them, giving us those "please love me" puppy dog eyes? Well, most commercials are played up to persuade the audience to buy their products or contribute to their causes or what have you. But unfortunately, those ASPCA commercials are not fictional. Although some animals have it better and some have it worse, for the majority, the portrayal and the sad looks in their eyes seen on television is only the beginning of a reality.

According to the ASPCA, the United States has almost 14,000 independent animal shelters, most of them not affiliated with the SPCA or the Humane Society of the United States (most misuse the affiliation to make it seem like they have a better representation). 7,600,000 of those animals enter the shelter system, a little more than half being dogs (almost all of them are stray). Of those dogs, 1,200,000 of those are euthanized per year. Of the rest that are allowed to live, only 1,400,000 are adopted. Only 35 percent of those dogs are actually adopted into loving families, while 31 percent are euthanized and 24 percent are returned to their owners. There are also many cats in this system, with 3,400,000 entering a year. 1,400,000 of them are euthanized, 1,300,000 are adopted. Only about 100,000 are returned to their owners.

But coming to the rescue is none other than the foster organization, Poor Paws Rescue. The New Brunswick-based group is fighting to keep dogs and cats alike, out of shelters. Most of these dogs come from high kill-percentage shelters in the south, so the dogs are transported to the north and are placed into loving and caring foster homes. The group is a non-profit organization and often pays out of pocket for essential things that dogs need, like shots and medicine. They receive no governmental funding, so their ability to keep running relies on donations. The foster families also do not get paid for keeping the dogs under their roofs. So with that being said, they do it because they feel it is the right thing to do.

Foster parent (and long time friend of mine) Vanessa Rubio has been fostering since the summer. Rubio, a freshman Companion Animal Science student at Rutgers New Brunswick's School of Environmental and Biological Sciences, decided to embark on this "tough but rewarding" journey, as she calls it, to help save the lives of dogs that could have very well been harmed or euthanized. She tells me of the day she received her first fosters. Typically, fosters relieve one dog at a time, but in this case, she received two puppies who were just a couple months old, brother and sister named Patches and Gracie (pictured below with Rubio). The two were born in Georgia (where most of the fosters come from, in addition to a few nearby shelters) to a mother who was also rescued after being put in a shelter by an owner who didn't want the dog because, at the time, was still pregnant. The reasonings only get crueler from there.

Being a dog person her whole life, as well as having two of her own, (Marcelo, a German Shepard mix from Costa Rica, and Milena, a Pug/Chihuahua mix who is a a former Poor Paws rescue), going to school full time, as well as working several days a week, she talks about how coming home to play with her pups is her favorite part of the day.

"I really wouldn't have it any other way," Rubio says.

She confessed that there are times where the job gets her emotionally involved. She has recalled instances where a couple of her foster's adoptions fell through time and time again.

"It's so hard to look at them and think that no one wants them. Dogs are only a part of a persons life, but to a dog the owner is really their whole life. I just wish more people understood that. One time I had an adoptee pick up their dog and had them come back right after taking it because the dog was bigger than expected. It's truly upsetting," she says.

Even though the dogs are given publicity via social media outlets like the Poor Paws website, Facebook and occasionally Rubio's Instagram, as well as by word of mouth, not enough dogs get adopted. The organization even holds adoption events at the PetSmart on Route 35 in Holmdel on most if not all Sundays.

Rubio has explained her hope that one day there will be a world where all animals are loved and the amount of animals in shelters dramatically drops.

"I really hope to graduate college and make a difference in the lives in animals one day. They truly just want someone to love them," Rubio said with much confidence.

If you are reading this and would like to volunteer, adopt or become a foster family for a furry friend at Poor Paws, you can visit the website. Anything helps.

There is also a Pink Zebra Soy Sprinkles fundraiser going via an independent consultant for the organization, which goes back to how they rely on public donations. If you'd like to donate you can also visit the website link above, and if you'd like to be part of the fundraiser, contact me for further details!