A short story of frogs, preschool, and despair. 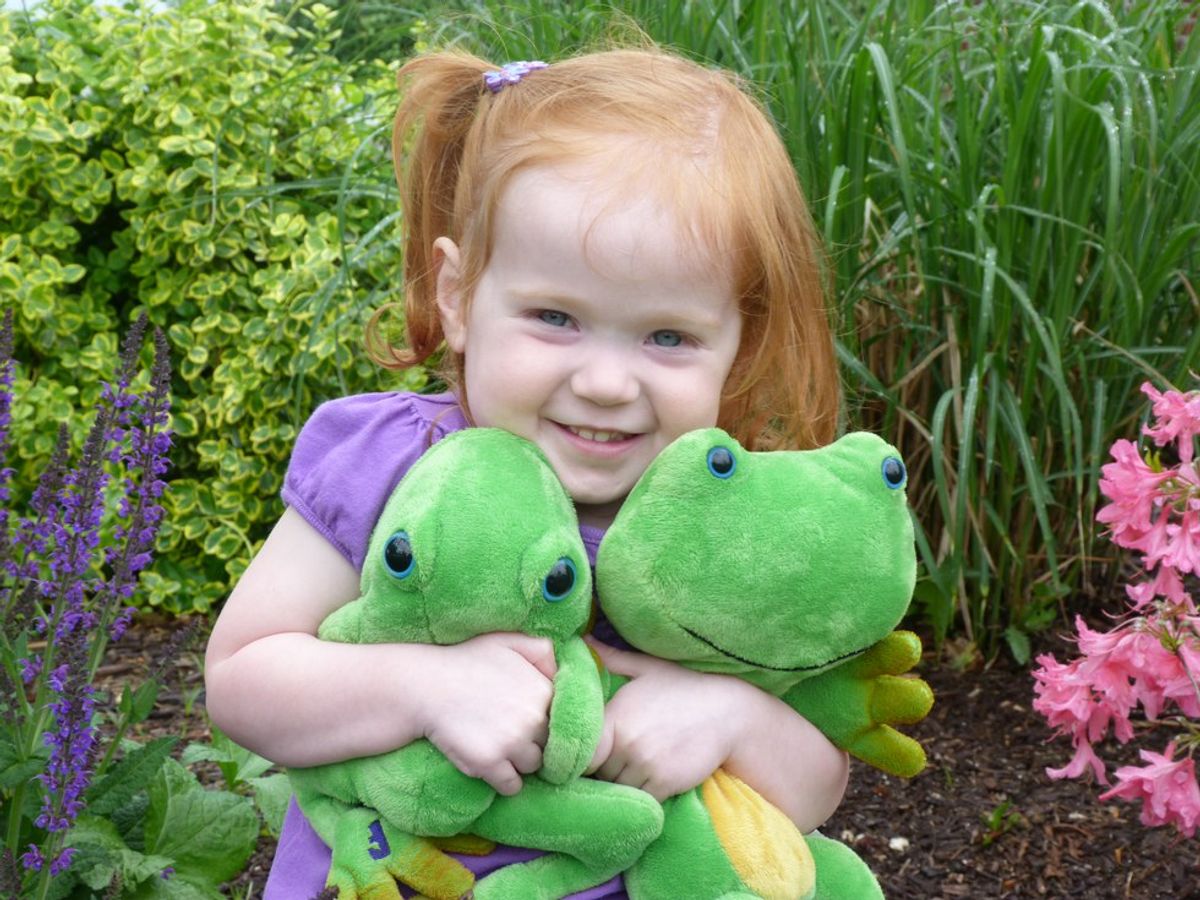 A while ago, I had a restless night and couldn't think of anything to do but write. As I reached for my laptop, I glanced at my bedside table on which sat my stuffed frog that my mother had given me as a gift. This one short glance inspired this story.

They’re coming. The troops are gathering, preparing for their final blow to our defenses. And we sit here... waiting to die. God. I’m barely recovered from our last encounter. I still have the worst crick in my neck and shooting pains down my arms. If it’s any consolation, self, the last one of the day is the worst wave. Ugh. Life is so cruel... I guess I should say death. Man, this is hard to get used to.

I was always told I’d come back as an amphibian. Something about how adaptable, confident, and unwavering I was - words from a desperate résumé. I was imagining something a little bit sleeker, like a salamander, but a frog will do, I guess. At least I’m cute and fluffy. Ribbet. My only major issue with my current state of being is that I can’t move my legs. I can feel them, and, god, do they ache, but they are completely paralyzed. A frog that can’t move his legs. What good am I? I mean, I can’t move the rest of my body either, which is a major concern, but taking away my legs was a low blow. If I had my legs, I could at least jump to freedom into a volcano or a garbage disposal, but nope. Nope-ity, nope, nope. My destiny, my sole purpose from now on is to sit, unmoving, and to stare, unblinking. That and to entertain the inevitable militia by enduring every blow they can dish out, as they terrorize my kingdom. Not by choice, mind you, but, again, from the whole “paralyzed” thing. Right now, my view consists of a tattered carpet, with what looks like a coffee stain, but I fear it may be something completely different, a few desks, and Jan.

Jan’s one of my friends here. I say friend, but, obviously, we haven’t spoken to each other. We can’t. I guess I don’t even know if she’s sentient. Her name's not even Jan. She reminds me of a Jan I knew once. This Jan is a stuffed rabbit. During , she’s often chosen by the kinder children - the shy, lonesome ones who just want something to give them comfort. There’s one girl who every day at 12:00 makes her way into the classroom, heads straight for Jan, and spends the entire class period stroking her fur, rubbing Jan’s ears against her own face.

Sometimes I get lucky. The battalion’s colonel occasionally bumps my bookcase throne as she cleans up my scattered comrades, putting them back in their cubbies following the opposing forces' previous attack, thus knocking me to a new angle. I can then find a new thread torn from the carpet to study with my cold, beady eyes. Thrilling… my unblinking eyes.

Here she comes. Bump. Hello, thread number 216. I can see the clock at least. That’s the worst part. I can’t even look away as they tear and rip us apart, ravenously scouring the battlefront for a new victim to use and abuse. I’ve gotten off easy. Last round, one of ‘em completely ripped Jan’s arm off and threw it behind the trash can - the one time I was grateful not to be able to hear her. I couldn’t imagine her pain. 12:00 girl will be broken. It was so hard to watch. But, I was and forever will be frozen in this position, in this godforsaken place, waiting to be ground down into nothing.

For now, all I can look forward to is the nightmarish countdown to our destruction as I gaze at the clock above the heavy metal floodgate, preparing to “release the hounds."

Read Part 2 next week. Thanks for reading! Let me know your thoughts in the comments.