The Police Are Not Trained To Handle A Mental Health Crisis

The Police Are Not, And Have Never Been, Equipped To Handle A Mental Health Crisis

I remained cuffed for over an hour, despite not posing an immediate threat to anyone around me or myself, until I could speak to a clinician. 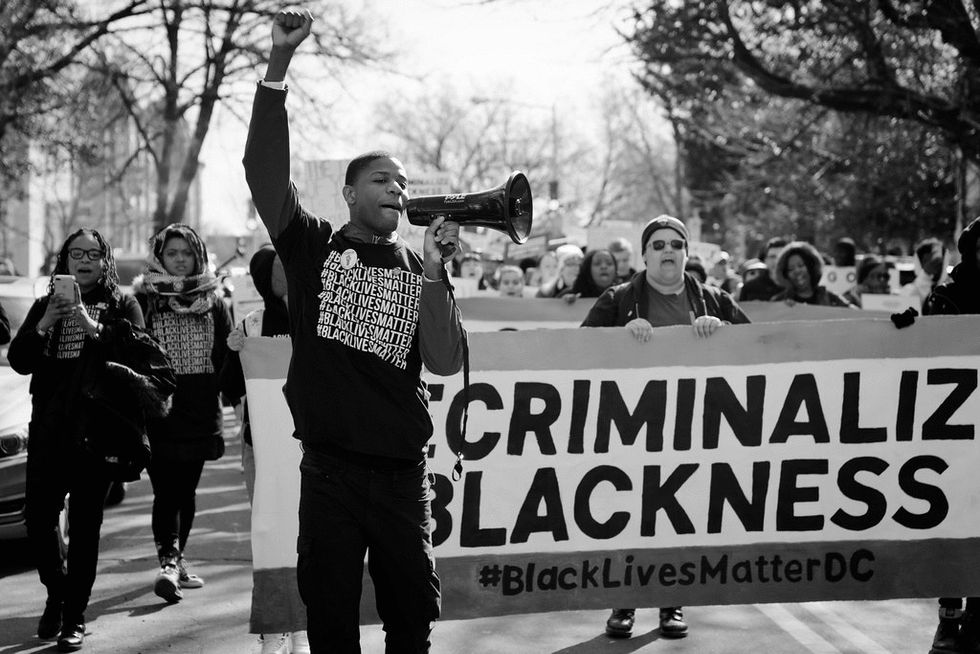 Matthew Tucker was only 18 years old when police officers shot him to death in front of his mother in Temecula, California. Matthew had called the police on himself in response to his suicidal ideation, in hopes that they would stop him from hurting himself. Temecula police officers Sgt. Michael Hamilton and Deputy Rosa Calderon saw a young Black man — one with a knife in his hand, one who posed a greater threat to himself than the officers — and shot him multiple times.

What would have been an emotional crisis for most people was a death sentence for him.

What terrifies me is that it could have been me.

On April 28, a little after 10 p.m., my then-boyfriend, (a white teenager), called the police. He knew I was self-harming and wanted the police to admit me to a psychiatric ward, due to my recent mental health struggles and his perception that my therapist hadn't taken adequate action. Another therapist, (also white), had recommended this to him.

Four officers showed up at my door, fully armed, and began their questioning. They asked me to show them where on my body I had self-harmed, if I had injured myself on purpose, and other invasive questions about my mental health. They informed me that they would need to take me to a mental health center, which meant putting a trembling and sobbing 17-year-old girl in handcuffs in the back of a police wagon.

At the mental health center, I remained cuffed for over an hour, despite not posing an immediate threat to anyone around me or myself, until I could speak to a clinician.

The clinician cleared me to go home after confirming I had no plans to fatally injure myself or anyone else, and the attending police officer released me into my sister's custody with nothing but the marks from the handcuffs on my wrists.

For weeks afterward, I suffered from panic attacks out of fear that the police would come into my home again and take me away or hurt me. When I closed my eyes to fall asleep, I could see nothing but the silhouettes of four officers standing in my doorway, but I survived the police call. That's more than Matthew Tucker can say. I ask you this.

Neither my then-boyfriend nor the therapist involved considered the risk they imposed on me by calling the police because white people do not experience the same routine police brutality that people of color, especially Black people, do. I by no means intend to compare the systemic oppression, violence, and brutality that Black people in America face to the danger posed to me as a Chinese woman.

I simply say to white people: it is a privilege to call the police and know that you will escape the situation alive.

Police brutality finds its way into our streets and neighborhoods, no matter how expensive the houses are or how post-racial the suburbs are supposed to be.

I live in a safe and affluent county, just like Matthew Tucker, but even in the most well-funded areas police are not equipped to handle mental health issues.

From 2015 to 2018, people struggling with mental illness consistently comprised 25 percent of fatal police shootings. Police are not and will never be mental health counselors. Police in most states, including the ones who handcuffed me in Virginia and the ones who shot Matthew Tucker in California, only receive 40 hours of crisis intervention training. A certified crisis intervention counselor will have spent over 275 hours in training. It is dangerous to treat the police as mental health counselors when they have proven time and time again they lack the proper training and de-escalation skills, especially for Black people who are 2.5 times more likely to be killed by police than white people.

The systemic oppression of Black people, the resulting mental health issues, and Black deaths at the hands of police are all inextricably linked. Black people with the same qualifications are less likely to be hired for jobs than their white counterparts, leaving 27.4 percent of African Americans living in poverty. This country's broken healthcare system fails those in poverty, so only one in three African Americans receives the mental health care that they need. Consider that those with untreated mental illnesses are 16 times more likely to be killed by police. What does that imply for Black people? It is evident we have created a system that feeds off of Black suffering.

Just as police are a cause of Black suffering, they cannot be a solution for Black people who are struggling.

There are alternatives. If you believe someone is in immediate danger of hurting themselves or someone else, call 911. Otherwise, call a suicide hotline, call that person's family, call a crisis center. Calling the police will do more harm than good. Mistaking the police for trained mental health counselors could cost you or someone else their life.

Change starts with you. Sign the petition for justice for Matthew Tucker. Have those difficult conversations with your friends and relatives. Donate to protect protestors who are fighting on the front lines. Call your local representatives and tell them to redirect funding from police departments to statewide mental health counseling. Help in any way you can. Change starts with you, right here, right now.