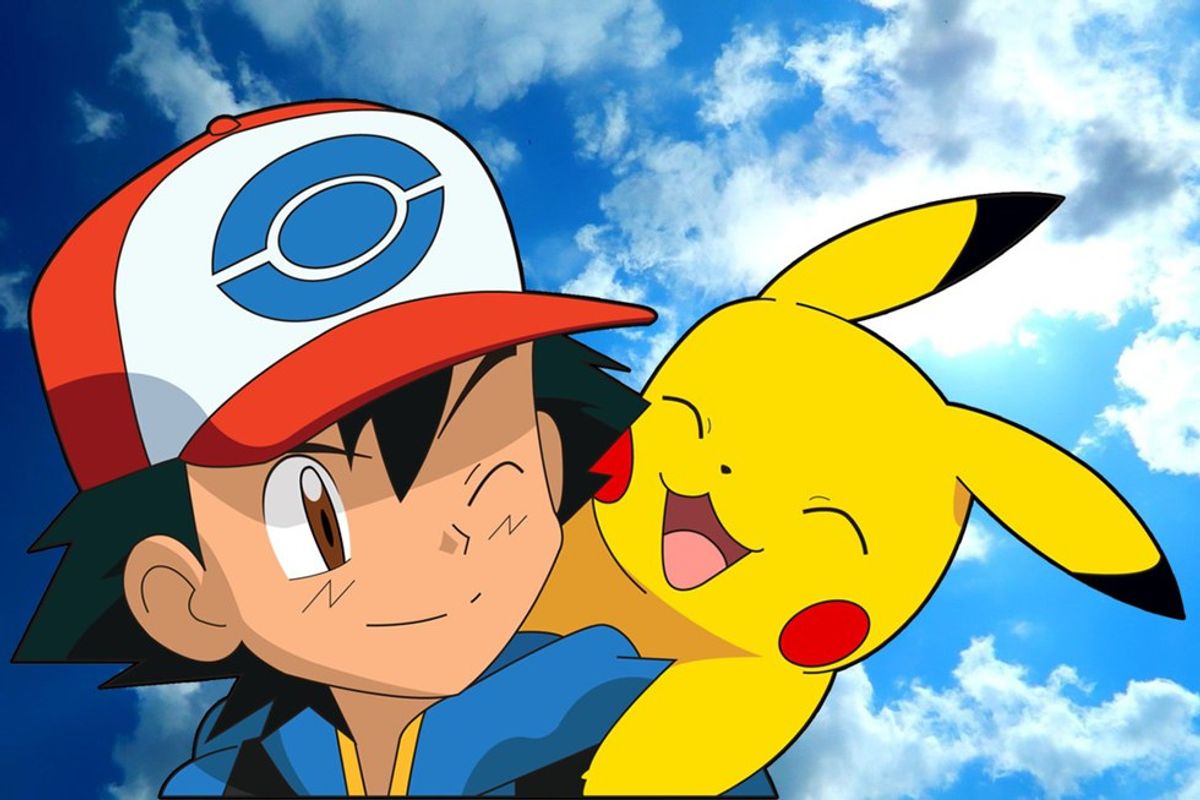 The madness has already descended upon us all.

Yesterday, I attempted to download Pokemon Go, was met with the most challenging and grueling opponent of all (the "Our servers are experiencing issues. Please come back later." page) three separate times, and thought to myself, "Eh, I guess I don't want to play that badly anyways. Seems kinda like a waste of time."

Clearly I don't need to put this disclaimer, but just in case: I am no Pokemon fanatic. I traded my fair share of Pokemon cards, and I definitely played Ruby, Sapphire, and Emerald alongside Pokemon Pinball, but I am nowhere near some of the enthusiasts I've seen. My strongest memory of Pokemon?

So forgive me for my astounding lack of Pokemon knowledge and the missing accent mark when I type "Pokemon"... I'm way too lazy for that.

I wake up this morning and instantaneously reach for my phone, bleary eyed, half blind, and praying that the stupid servers wouldn't crash, register for an account through my Google email because that's the only darned thing that will work, and viola! A half-hearted effort to dress the little character dude and a very poor name choice later, I'm ready to take on the day and catch 'em all.

Except, what my hyper-enthused School of Mines classmates fail to inform me is that they are all technological geniuses and video game whizzes and I... am not.

So Professor Willow disappears after talking for forever and failing to give me any decent instructions, and the adorable pipsqueaks Bulbasaur, Charmander, and Squirtle appear. I tap on Bulbasaur, he's the closest, and... now what. I know, I know, I'm supposed to capture him in the Pokeball, right? I swear I spent at least three or four minutes tapping on him, pressing on the Pokeball, holding a finger on him and watching the circles around him grow and recede... to no avail. Thank god, because I realized a hefty ten minutes later that I was supposed to be choosing a starter, and Bulbasaur is not exactly my go-to. Another ten minutes later and I return to the app having read the Pokemon Go Beginner's Guide: Tips for Getting Started, finally ready to play the game (no thanks to you, Professor Willow).

Am I the only one who can't get the flick-throw thing down? Because if practice makes perfect, I'm going to need a heck of a lot more practice. And while my laziness makes me a bit reluctant...

Enthusiastic screenshots and texts from my friends are a fair indication that I, too, will be absorbed into the rapidly expanding augmented reality.

So here we go, friends. Let's heed the warnings from the game creators themselves, who must have known of its addicting powers...

And try to refrain from letting our excitement overwhelm our safety...

While also enjoying the fun of the game (among other benefits)!

(And in light of the looming forthcoming elections....)