How did tap water become toxic in Flint, Michigan? 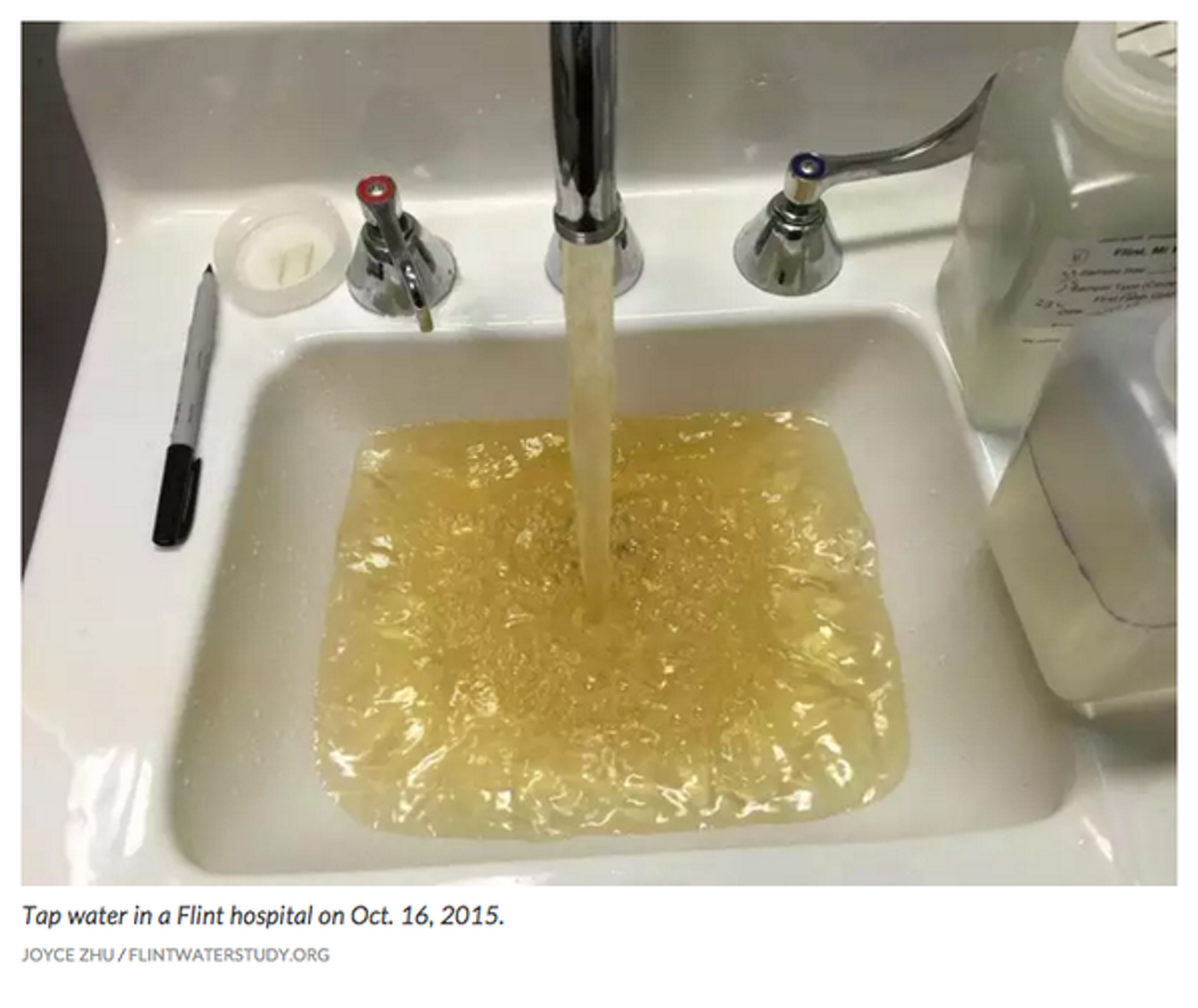 Amidst a financial emergency in April 2013, the state of Michigan decided to temporarily switch Flint’s water source from Lake Huron to the Flint River, despite its reputation for looking, smelling, and tasting funny, starting in April 2014, until the pipeline from Lake Huron could be completed.

In August 2014, the water tested positive for E. coli bacteria, and a boil advisory was issued instructing residents to boil their water. Flint General Motors plant refused to use the river water in October 2014, because the water was rusting car parts. The city arranged for the company to tap into a different water line, while residents still had to drink the contaminated water.

The city announced that Flint’s water contains high levels of trihalomethanes, a disinfectant byproduct, violating the Safe Drinking Water Act, but officials say that residents with normal immune systems have nothing to worry about. A consultant investigated the water quality and stated that the water was safe to drink, despite the presence of sediment and discoloration.

In February 2015, the U.S. Environmental Protection Agency told Michigan officials that contaminant from pipes, including lead, were leaking into the water system. Flint River water is difficult to sanitize because it contains high levels of chloride, which is added to drinking water to make it safe. Corroding iron consumes chlorine, giving the water a corrosive quality that makes it “very difficult to meet Federal standards for minimum chlorine levels no matter what is done.”

State officials announced that an analysis of their data shows that children have lead in their blood resulting from the water switch. In October 2015, Gov. Snyder announced that the state would buy water filters to test lead in schools. Within a week, Flint switched back to Detroit water.

Gov. Snyder declared a state of emergency in Flint in January 2016. The Department of Justice opened an investigation into the issue, while the National Guard distributed bottled water and filters in Flint.

In January 2016, Michigan Department of Health and Human Services announced that the city has had a spike in Legionnaires’ disease, including 10 deaths, after the city started using the river water.

On January 16, 2016, President Barack Obama signed an emergency declaration and authorized the Federal Emergency Management Agency to “coordinate all disaster relief efforts which have the purpose of alleviating the hardship and suffering caused by the emergency.”

In an interview with the National Journal, Michigan Gov. Snyder said “It’s [water crisis] is a disaster.”

Caitlyn Morral
St Bonaventure University
849
Wordpress
Odyssey recognizes that mental well-being is a huge component of physical wellness. Our mission this month is to bring about awareness & normality to conversations around mental health from our community. Let's recognize the common symptoms and encourage the help needed without judgement or prejudice. Life's a tough journey, we are here for you and want to hear from you.