Why New Year's Resolutions Are Pointless 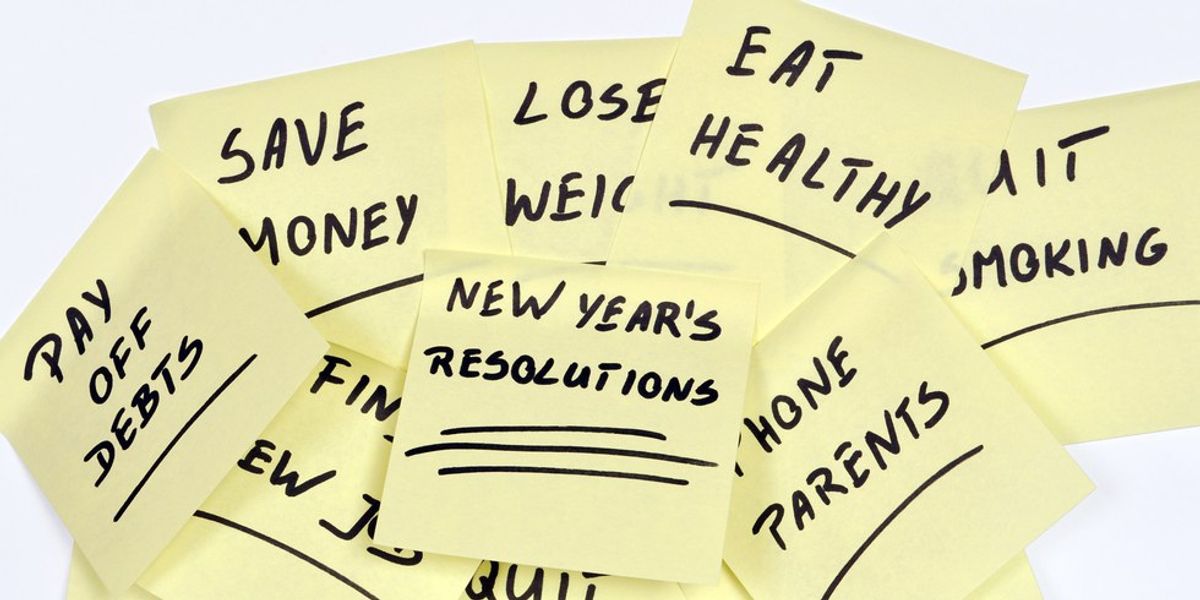 The new year is finally upon us. A time of new beginnings, new attitudes, and millions of people lying to themselves about all the things they’ll change. Whether it be getting in shape, swearing less, keeping in touch, or just being a better person overall, people usually write out all of these goals only to disappoint themselves around February 4 th. Of course, there are a few individuals that set certain goals and make it their personal mission to complete them, but we're not talking about the overachievers today. Today is about the lazy majority. So instead of making hollow promises of bettering yourself, just sit back as I point out all the reason why New Year's resolutions are a complete waste of time.

For starters, people who make resolutions don't really want to change. In their minds, they would like to be a little thinner or meet a few new people, but they all usually realize that they enjoy Cheetos and loneliness more. Now, that isn't to say that these people are completely devoid of the potential to actually change some things in their lives. They just need to adjust their goals to something more plausible as well as something they actually want to accomplish. Rather than pledging to lose so many pounds and eating healthy, just say you'll do a few pushups a day and eat more apples. Sure, it's not equivalent to going to the gym and eating salads daily, but at least you can say you're trying. Not hard, but trying nevertheless.

Another reason resolutions are pointless is because they are unrealistic. It's okay to write a small list of things to work harder at over the course of the year. However, it's best to make sure that this list is feasible. If on your resolutions list is to get a six pack, a brand new car, and make large quantities of money, but you've never been to the gym more than once every two weeks, have bad credit and don't show up to a part time job at a Wendy's, then you might want to reevaluate your goals. If you must set out New Year's resolutions, it's best to start out with small, realistic goals that can be achieved by December 31 st. This way, you cut down on disappointing results and you just might accomplish something.

Finally, New Year's resolutions are pointless because people lack motivation. If you look on Facebook over the next few months and wonder why some people are capable of sticking to their resolutions, it's more than likely due to their commitment and dedication to changing themselves. Meanwhile, the rest of us probably make a resolution on a dare or at the last minute. Halfhearted goals like that are doomed to fail from the start. How are you supposed to cut back on drinking when you're bringing in the new year hammered out of your mind with a failing liver? If anyone truly wants to change themselves, they'll make that decision way before New Year's Eve and keep it very far into the new year. The name of the game is motivation folks. Build that up, and your resolutions just may become possible.

If one is not properly prepared and motivated, their resolutions will be truly pointless. For anyone who is actually trying to keep to their goals but seem to be having trouble, here's a bit of advice. Instead of a resolution, try to just better a few things about yourself throughout the year. Eat less every now and again. Go running whenever the mood strikes you. Don't drink the whole bottle of wine in one night. Try to curse out your kids less. If you can manage these things, then you'll do just fine.