Driving cattle in the wild west can be a dangerous job. 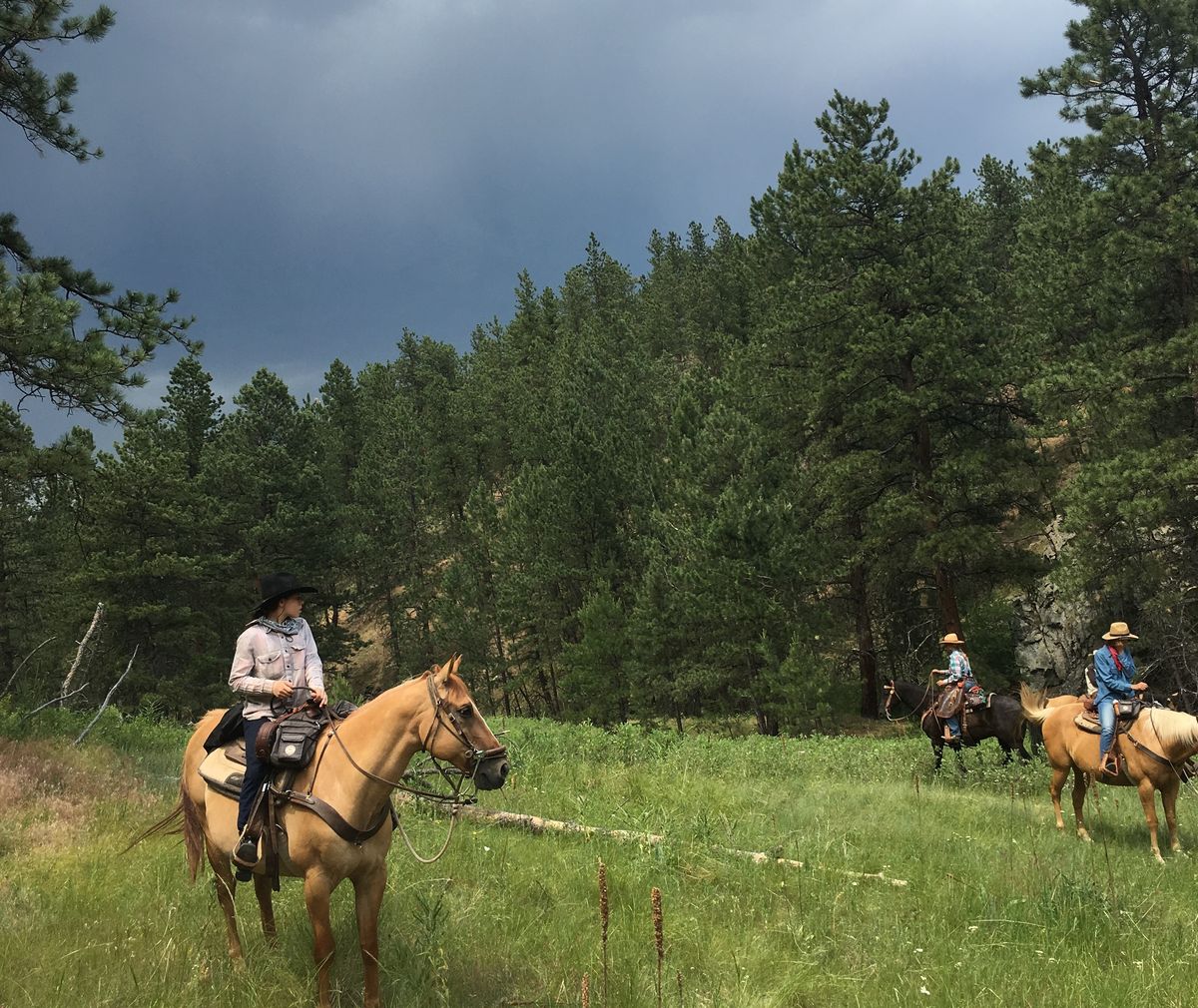 The embers smoldered as the wranglers rose for the day,

All 92 yearlings waited in the pen to be driven up to the mountain pastures,

While the young cowboys saddled up to climb the peaks.

They moved the cattle along the dusty old path used by ranchers for years,

And called “Hee-yah!” to the dirty brown animals.

On the road they passed ancient trees old as the hills themselves,

Rocky walls that crumbled and a small rusty frame that had been abandoned.

The forest and rocky cliffs once again flanked them on either side,

As if a blanket had been thrown over them the noise was muffled.

The echo of hooves and the sound of the few raindrops dripping,

With the occasional grunt from a cow were the only sounds that were left intact.

Soon the road narrowed and steepened,

And the clouds began to gather in the sky.

Without a lick of fear the party carried on,

With the Cowboys calling and the yearlings lowing.

The storm had started to blow as the crew reached a plateau,

The cattle now moving more energetically and anxiously as the rain began to fall.

The sky rumbled and darkened while the water dropped,

But the cowboys straightened their hats and continued to drive.

The last leg was known to be a dangerous area surrounded by cliffs,

Rattlesnakes and the haunting souls lost there.

Steadily the cowboys pushed through the mud,

While thunder rolled and rain began to pour.

A runt in the herd had its hoove caught on a root deep in a muddy puddle,

Next to a cliff edge and no one could be left behind.

A brave you rancher tried to sling his lariat to the cow to free him,

But the attempts failed so he dismounted and made his way to save the yearling.

The thrashing brown mass kicked and cried to be united with the rest,

The young cowboy reached into the puddle and freed the foot.

All at once the yearling broke free and a stray hoove landed on the head of the rancher,

Sending him tumbling over the rocky ledge!

If not for a root catching on his belt he would have been lost,

But fate had spared him that day and he reached the cliff once again.

He mounted his steed with blood in his hair,

The crew all carried on once again.

Finally the peak had been reached!

The storm had become calm and the wind was slow.

The young cattle happily grazed in the field,

And the cowboys made their camp.

All were accounted for and no one was troubled,

Despite the storm everyone was alive.

They had survived the wild west and all it dangers,

Before their meal they bowed their heads and prayed.

Disclaimer: This is a fictional work of poetry. Names, characters, businesses, places, events incidents are either the products of the author's imagination or used in a poetic manner. Any resemblance to actual persons, living or dead, or actual events is purely coincidental.