Poetry On Odyssey: When You're Latinx And Suck At Spanish
Odyssey

Poetry On Odyssey: When You're Latinx And Suck At Spanish

A poem on being torn between my Mexican and American identities. 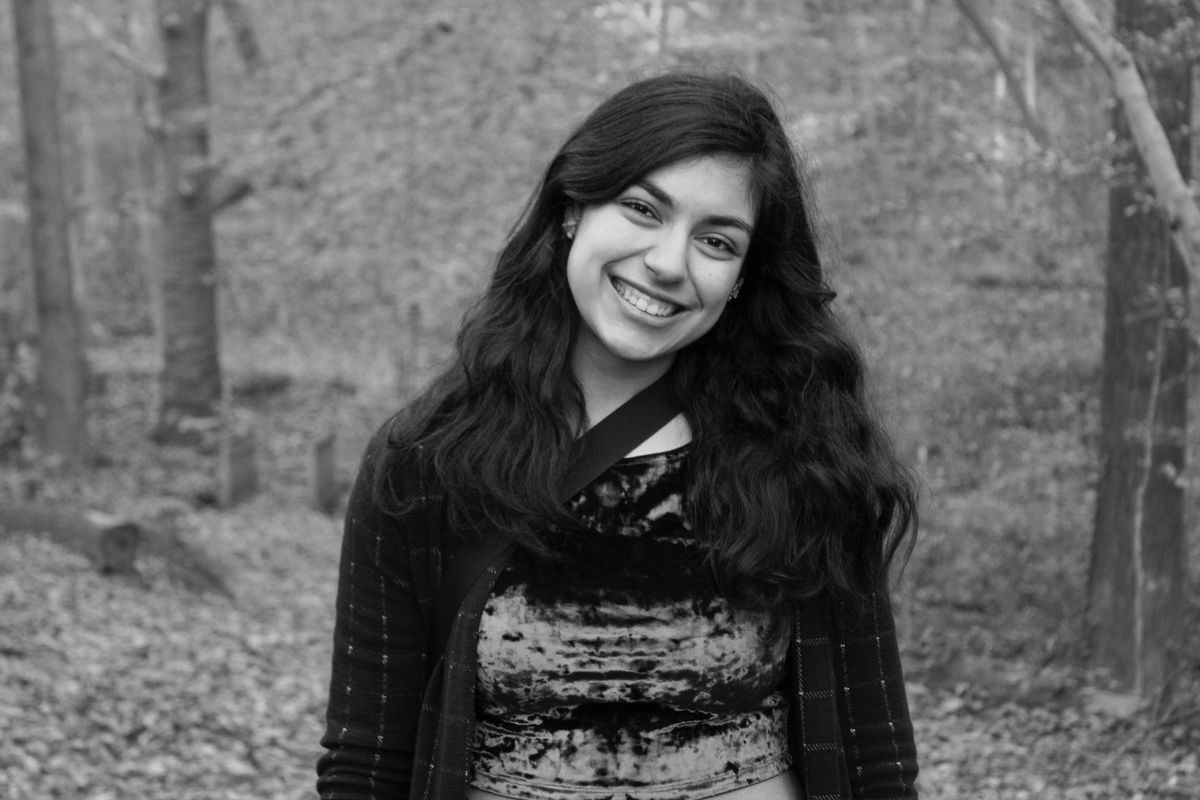 at 3 in the morning

i would tiptoe down the burgundy velvet stairs and

across the bamboo floors and into his office

before the ivory, Almond Joy creamer could spill into its ebony depths

and turn everything the same color of my own skin

Tan, but not tan enough

Light, but not light enough

I am the sound of my white father speaking Spanish

The lull of his American accent as

But at least it’s something

Sometimes, I worry that my father’s skin will bleach the Mexican out of me

as Spanish love songs swirl through the air

That I will stop being Esabella and start only being Isabella

Because for so long, that was supposed to be a good thing.

My parents had not taught me a word of Spanish

My closet was the stereotype:

All Forever 21, all Urban Outfitters, all

My dad said I looked like I could be from anywhere

Said it was a good thing

My Mexican blood rose to the surface

And colored my cheeks

At my last family gathering, I sat on the couch like a specimen

My abuelos and primos and tios and tias from Mexico

All glancing at me

They say hi but I cannot say anything back

I am the Mexican American woman without a tongue

I am the outsider in my own family

When I go to the country club with my paternal grandparents

Everyone else is the color of the overpriced ivory cardstock

I am succeeding at college.

I have a future.

Every smiling picture with friends is

A confirmation, a reminder that I’m doing it right

That I’m going to go somewhere in life

bubble-wrapped in stars and stripes

It doesn’t matter if you work hard

It’s just luck at this point

That my mother never taught me Spanish

That I was raised being taught to

Be foreign enough to be interesting

But not too foreign

I’m sorry the Mexican War was just us taking your land and fucking you over.

Oh, honey, I didn’t mean you when I called those immigrants criminals. You’re different. It’s a good thing.

Latin culture is so sexist anyways. Why would you want to be a part of that?

How many times can you insult my identity and think

Calling me different will make me not one of them

Because I am one of them

I will always be one of us

“How come nobody says that papers do not determine humanity? *

How it takes weeks

How getting citizenship takes years

Doing the jobs white America thinks they’re too good for

How come nobody tells the stories about people like

Putting my mother to bed in a worn out suitcase

Hoping for a better life

How come my mother forgets the cost of that “better life”

Forgets that all the nights she spent alone

How come she doesn’t think about what it’s like

To have to choose between having money on the table

Or raising your kids right

My Abuela is a businesswoman

All logic and cold gaze

I remember when my dog’s uterus was bursting with pus

My mom asked my Abuela to cover the cost of surgery

She said that my dog wasn’t worth that much

But that she’d pay for euthanasia

And it worked out

This was never her ideal path

so when my abuela taught my mother to value her beauty

To find her worth in men

My mother’s spine is stitched out of butterfly wings

Her heartbeat the sound of summer rain

Her confidence a foreclosed vacation home

Asking my mother to be strong is like asking her

To break up with her boyfriend every time he cheats on her:

She says she’ll do it

Apologizing for having caught him

This is the pain of the Latin woman

We are too strong or too weak

We are either at the top of the food chain or the bottom.

There is no middle line for the Latin woman

Not when America demands us to be breadwinners

But our traditions demand us to be mothers

While your own is at home.

less than minimum wage because you can’t get a goddamn passport.

There is no winning in any of this

But you do it for your children

As mine did for me

And while I am grateful

I wish my family could stop white washing my skin

To try and shield me:

I am not ashamed that my blood descends

From a small ranch cradled in the emerald mountains

I am not ashamed that I am Mexican American.

I am only ashamed that no one ever taught me how to be.

* Much thanks to Ruben(: