Don't make other people feel bad for being who they are. 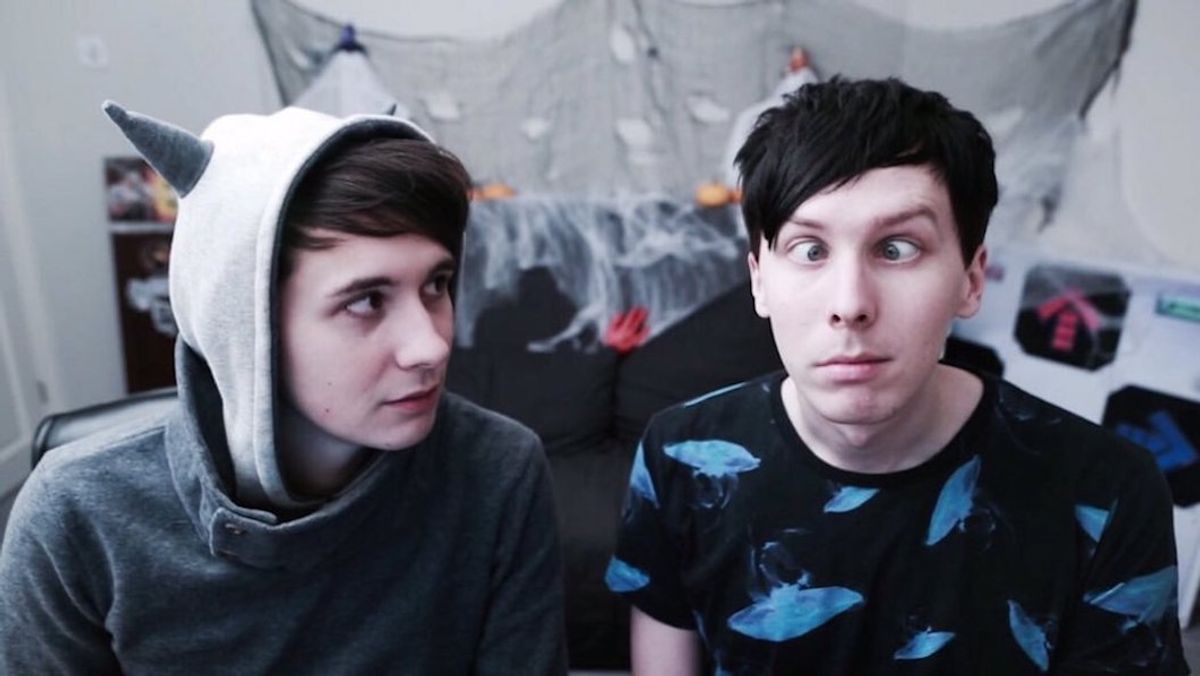 I think people should stop using the phrase, "it's just a phase" because the connotations that follow it are all wrong.

To be fair, I don't think too many people really realize what they're saying when they shrug something off about someone by saying, "it's just a phase." I honestly don't think they realize how minimizing that phrase can be.

We've all heard it at least once before, whether about us or someone else. You know, someone does something unexpected and then continues to do so, and people start talking. "Have you seen the way she's been dressing lately?" "I can't believe she doesn't go there anymore." "Is she really hanging out with those people now?" "I wonder why she dyed her hair..."

An unexpected change in someone is going to draw attention, of course, but that doesn't give people the right to judge another for it. Yes, that's right, saying "it's just a phase" is a judgemental statement. When you say that, you are telling that person that they are wrong in doing whatever they are doing but it's okay because you know it's not permanent behavior.

And if it is, then you just did a lot more damage than you think. You just told someone that what they have chosen to do or be in this world is wrong, and that liking something different to what you yourself are accustomed to them liking is wrong. Which is in all parts absurd.

If someone has chosen to wear dark clothes now, dye their hair, spend more time out or stop going to certain places, so what? Or maybe it's more serious and they told you they have depression, have changed their religious beliefs, or they came out. Honestly, though, the severity of it really doesn't matter so much as the core objective: don't make other people feel bad for being who they are.

It is their life and just because change makes you uncomfortable doesn't mean it's bad. Maybe this change is good for them, even if you don't agree with it; maybe it will make them happier, better. Or maybe it won't, so they'll try something else.

Just remember that all of this change, it isn't the result of someone being lost and confused about who they are so much as it's about someone trying to become who they are. Which is completely normal and completely okay. What isn't okay is having to keep parts of your life a secret or suppressed because other's don't approve.

I just don't know why society tries so hard to label everything and make it all make sense. They seem to think that everything has to have an explanation and an excuse, each with its own little box that it belongs in. But that's not reality. Real life doesn't listen and sits in it's assigned seat. It's chaotic and always changing, so why don't we expect people to change with it?

Of course, some changes are bad. If someone is getting involved in illegal situations or abusing drugs, that isn't good. But still, that doesn't mean you can say, "it's just a phase." Because by saying that you are overlooking their need and minimizing their struggle. It's basically like saying, "that bridge is out ahead but it's fine because I'm sure the car driving towards it right now will figure it out and come back before they careen off the edge." A bit ridiculous, isn't it?

So if you think what they're doing honestly isn't good for them, then sit and have a conversation with them about it. But if you realize that it isn't bad for them, so much as uncomfortable/unfamiliar to you, then let other's make their own choices and live their own life. You can still talk with these people about these new changes in their life, just don't do it in a way that makes them feel like they should be keeping who they are a secret.

Please, spread love and acceptance before exercising any judgments or comments you have against others. Whatever perceived knowledge you have is most definitely incomplete. So save everyone the trouble and just talk with each other. This is much easier said than done, as always, but the easy way is rarely the best way.