What video games can teach us about working better. 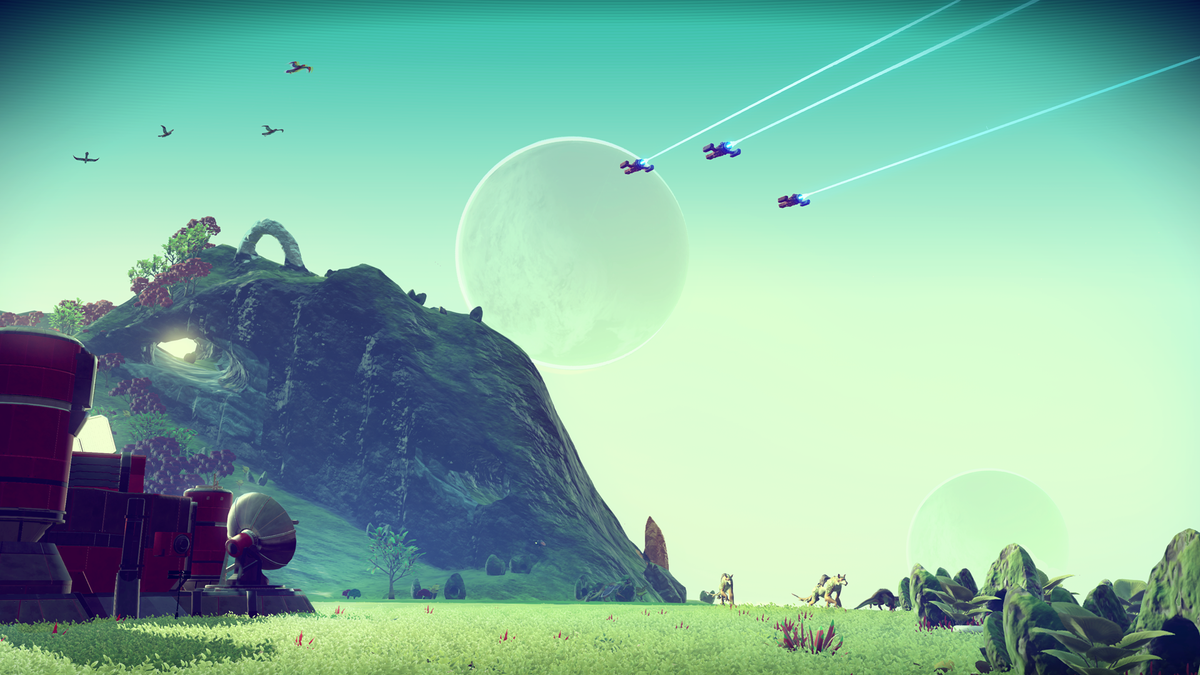 When the highly-anticipated video game No Man’s Sky came out in 2016, it caused a lot of disappointment. Many of the features promised weren’t actually in the game—instead, it was a beautifully constructed world where, mostly, you traveled to new planets, picked up rocks and sold them to get other rocks. I understand why people were upset—that’s not a lot of gameplay.

For my part, though, I spent hours and hours wandering under multicolored skies, mining iridescent minerals from obelisks or crystals growing in glowing caves. I marveled at the strange animals that loped by me, and the orange trees or purple ferns or blue flowers that grew all around. And amidst my wonder, I worked. I mined plutonium, gold, iridium—whatever I could find. I flew to space stations to sell it, and then I went to new planets and mined some more, so I could sell some more.

What did I find so fascinating about doing what was essentially work? It was repetitive labor performed in anticipation of pay, which I did so I could build a base and upgrade my spaceship. It bore more similarities to coal mining to pay for a house and car than it did to the kinds of adventurous play performed in most games. So why did I come home from my real-world job to pick up virtual space rocks?

Our lives are structured around work. In today’s society, you are defined by what you do and how much you are paid to do it, and even hobbies are considered serious only when they have a chance of being monetized, of becoming the precious “side hustle”. I have a full-time job and multiple freelance gigs, but I still wanted to perform virtual work.

Mostly, I think it was because No Man’s Sky is almost entirely self-directed. There aren’t really quests. It’s up to you how many rocks you pick up, where you sell them, what planet you go to next. Furthermore, you know exactly why you’re doing it. Most people, I find, aren’t work-averse, but they crave a big-picture understanding that their employers seldom give them. Employers also seldom give their employees the leeway to decide how their work is performed. Sitting on a couch or at a desk, in the middle of the night or first thing in the morning, it shouldn’t really matter as long as the proverbial rocks get collected. And yet, employers do not trust their employees to work in a manner that suits both the company and the individual. I played No Man’s Sky because it offered me a sense of control over my responsibilities and the manner in which I performed then.

Is that a little sad? Maybe. But I think it fulfills a basic human need to both feel productive, like you’re achieving a goal, and to have control over how that goal is being achieved. When people like me are given freedom, they work more, not less. As the work world continues to evolve, employers would benefit by reconsidering business-as-usual and instead configuring their policies to work alongside employees’ human instincts, rather than against them.