When being stubborn is an asset. 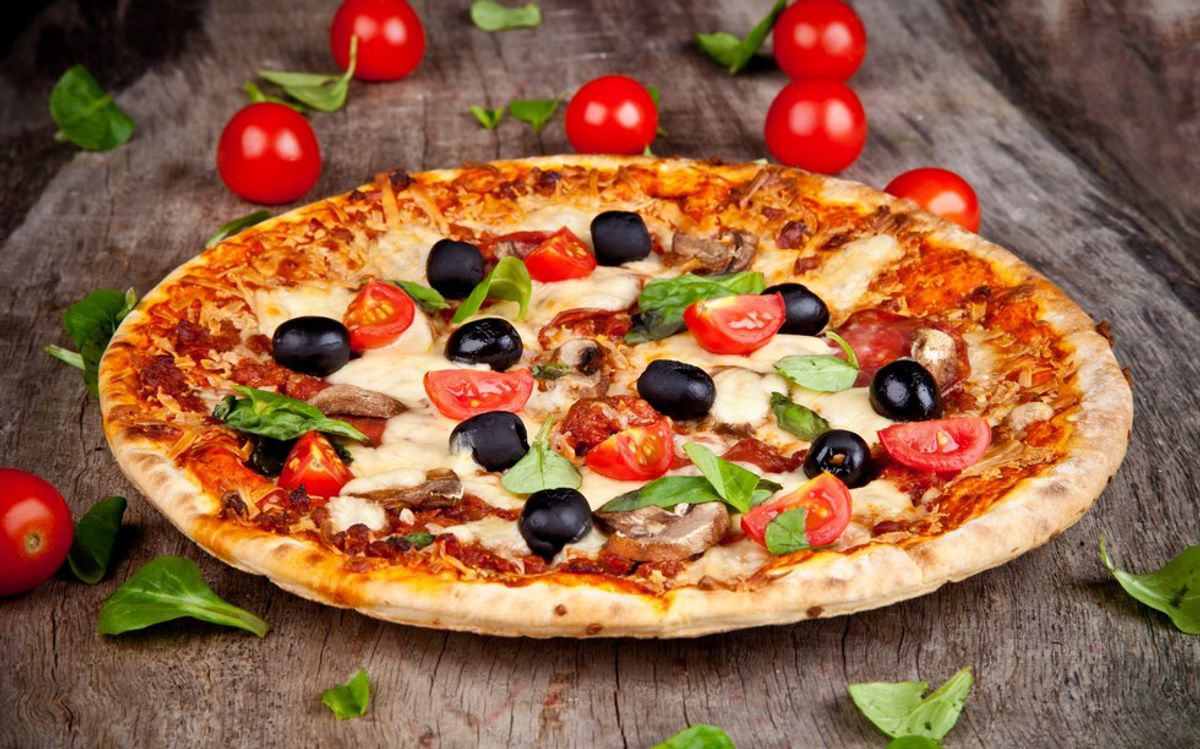 The corners of my eyes were crinkled pieces of bubble gum wrapper from squinting so intensely. There was a low hum of voices all around me. I stared it down as if I could will it to disappear. I could barely make out the hushed tones whispering “No way can she do it”. With one last look of mixed dread and determination, I shoveled the last bite of pizza into my mouth and gulped it down.

At some point in everyone’s life, we get a sliver of a chance. A split second decision, to do what we believe is right or to let the moment pass us. On one of my few dwindling and precious days of summer, I sat in A300 soaking in the fluorescent light instead of the summer sun. I made a commendable attempt to listen to my debate coach garble on about important information at 9:30 on a Monday morning. Despite my best efforts, I only I caught the presentation in bits and pieces, my eyelids fluttered and began to fall. When I heard my coach casually say “As for lunch, we will order two slices of pizza per girl and four per boy”. My eyes snapped open and my hand shot into the air faster than a missile.

“Excuse me, but why will girls only get two slices? Do you think we are not capable of eating more?” I demand with crossed arms.

He cracks a grin in my direction knowing full well he has struck a chord. In a completely ironic tone, he quips, “Well certainly not, girls are much too small and dainty to ever consume THAT much pizza!”

Frustration and irritation flush my pale face red. Every fiber of my being screamed at me to prove him wrong. Even in elementary school, I would challenge boys to anything to prove I was just as tough or as smart as they were. Images of famous feminists flash behind me eyes, Rosie the Riveter encompassing female strength during WWII, Betty Friedan penning The Feminine Mystique, Malala Yousafzai fearlessly traveling the world advocating for women’s right to education; and I, Alexis Rufi, was determined to be known as the feminist who showed that women could eat just as much pizza as men. “Challenge accepted. Order me four slices of pizza please" I quipped at my coach.

I could feel the greasy mess forming a fist-sized ball in my stomach, my face covered in traces of cheap pizza sauce and crust crumbs. What had I been I thinking?! I cannot do this. My slender physique hardly allowed for half a pizza just a few hours after consuming a large breakfast. Still, I would not give up. I clobbered not just one or two, but three slices thus far without hesitation. I was happily onto my fourth and already self-congratulating on the fact that I had proven my coach wrong when it hit me like a semi-truck just how full I was. Despite the dull aching pains begging me to stop, I continued. One bite, I couldn’t quit now, two bites, I had already come too far. So I trudged on slowly but surely eating every last bite. I could barely make out the hushed tones whispering “No way can she do it.” My attention was elsewhere, with one last look of mixed dread and determination I shoveled the last bite of pizza in my mouth and gulped it down.

After my triumphant victory, my coach cracked a huge grin in my direction and just shook his head at me.

Like a 3-year-old who falls prey to reverse psychology consistently, the quickest way to get me to do something is to tell me I can't. Whether it is eating half a pizza or playing Saxophone (I was told as a girl I didn't have long enough fingers to play), throughout my life I have consistently done things to prove others wrong and to prove my equal worth and ability as the other sex. While some might see this as a character flaw this is something I really value about my personality.

I would make decisions like this again in a heartbeat because standing up for what I believe in such as the equitable capability that exists between men and women is important to me. I refuse to be denied my shot at something because of my sex. So call me stubborn or driven by spite but at the end of the day, I will continue to prove others wrong and show the world just how strong, capable, and hungry young women truly are.