Philosophers in a nutshell
Odyssey

Philosophers in a nutshell

Really though, Leibniz should not be on this list. 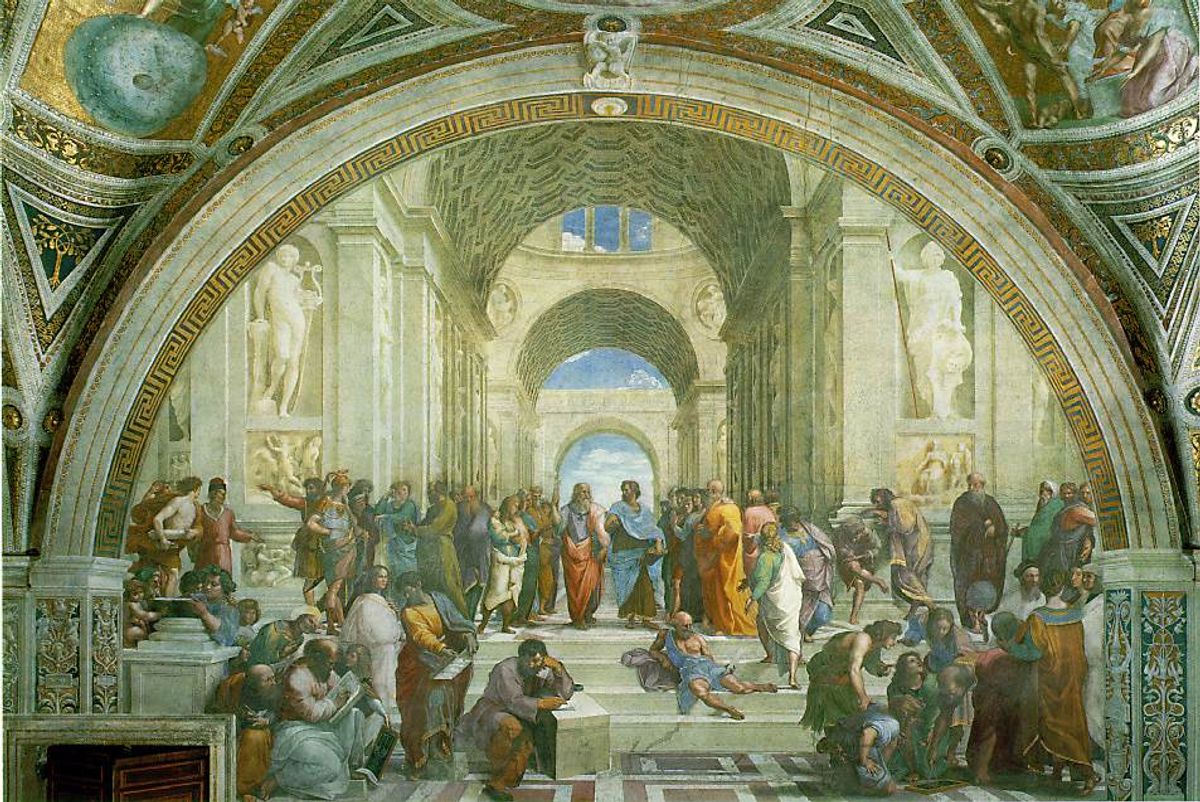 We all know that philosophers throughout time have proven to contribute much to civilization and culture, but what do their philosophies truly represent if they were summarized in a mere blurb? Here are some of the most famous philosophers throughout history with what their life’s work amounted to, compiled in one sentence (in the spirit of humoristic existentialism).

Socrates: Maybe if I didn’t ask “why?” all the time like an annoying little kid, I wouldn’t have to drink the hemlock.

Plato: Democracy sucks and why won’t Socrates notice me?

Sun Tau: You must have discipline and self-control in order to mercilessly slaughter your enemies.

Aristotle: Yes, philosophy is supposed to be this boring and confusing.

Confucius: Just go with the flow, and try not to worry about the government going to Hell.

Seneca: Just because I’m about to be killed by Nero doesn’t mean I should see it as a bad thing.

Augustine of Hippo: God left all of us unfinished on purpose, but he’s still okay, I guess.

Thomas Aquinas: Religion and science can be compatible… Oh wait, maybe not.

Niccolo Machiavelli: You can be the cruelest, merciless, cold-hearted person that’s ever lived so long as you get things done.

John Calvin: God already has plans for you, so good luck.

Rene Descartes: Nothing but you exists, and it’s all God’s fault.

Spinoza: God wants you to stop acting as jerks to my fellow Jews.

Leibniz: How am I a philosopher?

David Hume: You can’t be sure that the sun will rise tomorrow.

Mary Wollstonecraft: You only know me because my daughter wrote Frankenstein.

Thomas Malthus: Things would be better if we stopped reproducing like rats.

Adam Smith: I’m the reason why your boss is a jerk.

Hegel: If you can understand me, you’re three quarters there.

Voltaire: The world can be as terrible and horrible as it wants, but suck it up; it’s the best we got.

Immanuel Kant: Live your life as how you want to… So long as it’s dictated by what is morally right, but live your life.

Soren Kierkegaard: If you feel bad: pray. If that doesn’t work: pray harder.

Henry David Thoreau: I stared into a pond, now I feel light-headed.

Karl Marx: At least the millennials listen to me!

John Stuart Mill: Up yours, Kant!

Friedrich Nietzsche: God is dead and we killed him, or rather, my unkempt mustache did.

William James: America is the best, also truth and stuff.

Arthur Schopenhauer: Everything is terrible and I don’t know why.

Franz Kafka: All you need to have to be a good writer are sexual repressions and daddy issues.

Bertrand Russell: I wrote about the rejection of God, mathematics and how to properly screw someone.

Ludwig Wittgenstein: Everything is not based on logic, not even logic itself if you can imagine that.

Martin Heidegger: Live out in nature, to hell with technology.

Albert Camus: Be happy in this terrible world, for the love of God, be happy!

Jean-Paul Sartre: Freedom ain’t all its cracked up to be.

Simone de Beauvoir: We would be okay, if it wasn’t for men.

Hannah Arendt: Be as evil as you want, so long as you’re aware of it.

Michel Foucault: I like my history hard and blunt, and my men chiseled and steamy.

Noam Chomsky: America and Israel sitting in a tree, K-I-L-L-I-N-G.

Slavoj Zizek: I undermined capitalism, neoliberalism, and cultural subjectivity before it was cool.