Phantom Thread (2017) Review: The Darkest Romantic Comedy of the Year

A Gothic Romance With Unintentional Comedy 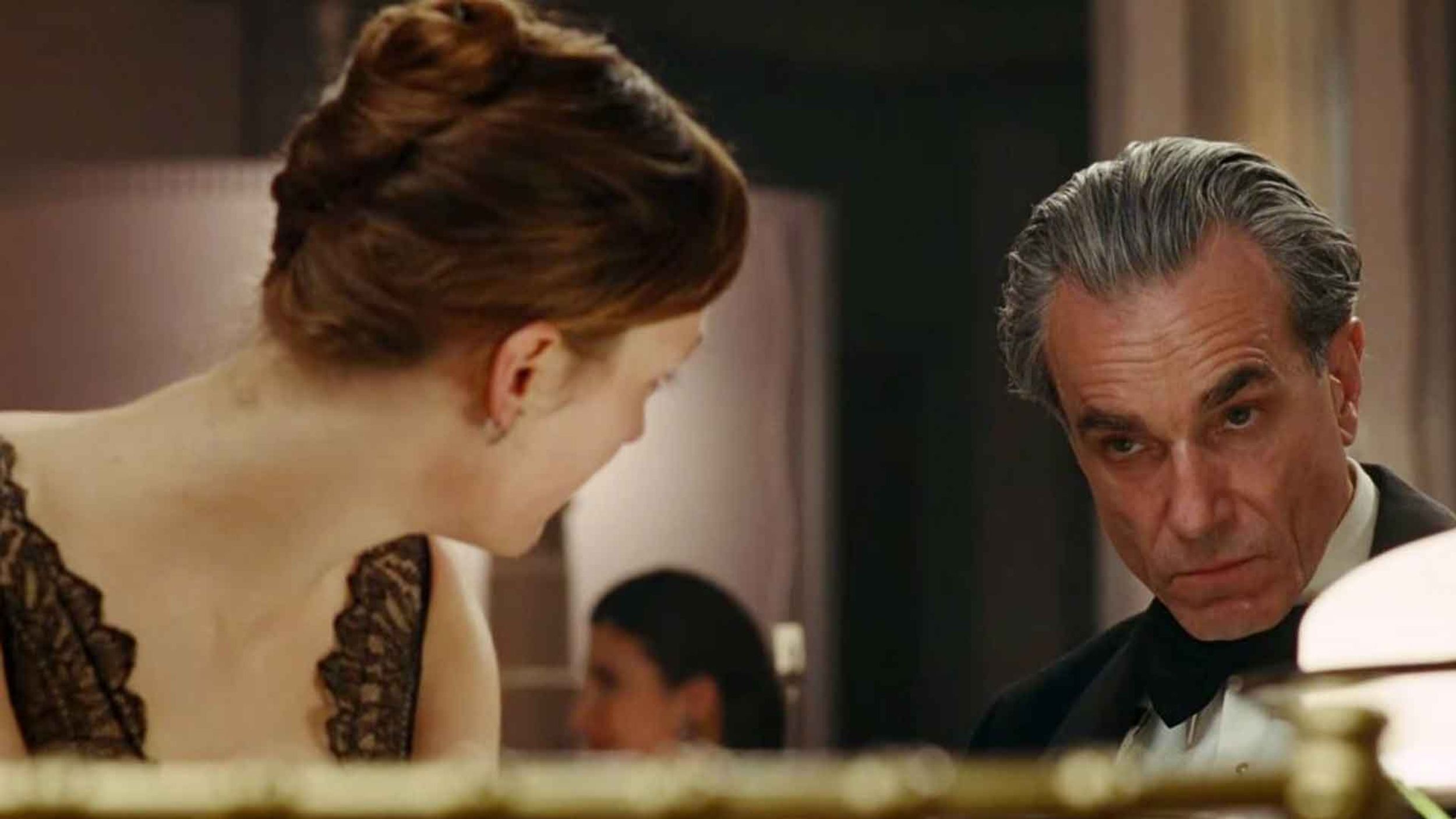 When watching the trailer, one may think this is “just another Oscar bait-costume drama.” I would consider Phantom Thread a really dark romantic comedy. The film has a brilliant mix of Gothic romance and dry humor. What is interesting is that the Gothic elements are not flashy but rather implicit. In terms of the comedic elements of the film, the brooding moodiness of Daniel Day Lewis’ character Reynolds Woodcock is humorously engaging. He sort reminded me of Edward Rochester from Jane Eyre but on steroids. In a way, his character is a parody of the Byronic hero archetype. This is not to say, however, that he is one dimensional. In fact, his ambitions and his past family history is what makes him so layered. Many critics view Alma as a riff on the muse archetype, but I see her as more of a riff on the manic pixie dream girl. She enters Reynolds’ world and awakens him out of his comfort zone, but does so with an assertive twist. All in all, with Phantom Thread, Paul Thomas Anderson creates a new type of romance-Gothic Romantic Comedy.

The costumes and scenery are gorgeous. The color palette is a unique combination of red, burgundy, and violet. Red and burgundy stand out the most. It is reflective of the fiery passion between Reynolds and Alma. The lighting alternates between light and dark, thereby balancing the Gothic and unintentionally comedic tones. Overall, the costumes and props make the 1950’s setting believable, but they also add a modern feel to the story.

You cannot talk about Phantom Thread without honorably mentioning the outstanding score. Composer Jonny Greenwood cleverly blends movie score genres. It is reminiscent of music heard in classic romance films with a touch of thrill similar to the score by Bernard Herrmann in the films of Hitchcock. It is a wonder how Jonny Greenwood is both a guitarist for the band Radiohead and a composer of movies. Ultimately, the mix of a thrilling and romantic sounds is a major part of what makes Phantom Thread a Gothic romance.

Alma's character reminds me a lot of Jane Eyre in that although she has a seemingly tranquil demeanor, she is strong-willed and assertive. There is understandable debate among critics whether or not the film is misogynistic due to the emotionally complex romance between Reynolds and Alma. Admittedly, in spite of their fiery chemistry, I found the relationship between Reynolds and Alma to be cringy at some moments. There is one scene in particular I found especially cringe-worthy, but I am not going to reveal any spoilers. Vicky Krieps disagrees with this criticism and argues that her character Alma is a feminist, thereby making Phantom Thread is a feminist film. According to Krieps, “It's just very honest and therefore stronger, because Alma is not being a feminist by banging the drum...So she's just very honest and close to her own feelings and own beliefs, which makes her stronger, and a real feminist, because she's not doing it for the approval, she's not doing it so that someone goes and says 'Oh well that's a feminist'. She's doing it out of her own emotion." In other words, Alma is not the “ideal feminist” that modern women and girls on the internet want to see in film and television, but rather a realistic, vulnerably complex human being.

Krieps also stated in an interview with Nylon why she defies the “female muse” archetype. Krieps says, “I think Alma doesn’t need the acknowledgment, she doesn’t need the approval, and that’s what makes her strong. And I find, especially nowadays, that’s why Alma to me is so interesting, because in this whole discussion now of men making women objects and so on, I think the most interesting part is that, if a woman doesn’t look for the approval, you cannot so easily make her an object, because she just isn’t one.” Moreover, Alma breaks the muse stereotype because she is not in the film just to have sex with the creative male protagonist. In fact, one of the characteristics I love about Phantom Thread is that writer/director Paul Thomas Anderson is able to tell a love story without sex scenes nor graphic sexual dialogue. Regardless of whether critics and audiences view Phantom Thread as a feminist or misogynistic film, it is very brave of Paul Thomas Anderson to unapologetically depict a complex woman as well as a complex love story. Furthermore, several contemporary movie viewers claim they want to see more “realistic” love stories. This is not achievable without delving into the dark sides of humans.

To return to the discussion of genre, Paul Thomas Anderson said Phantom Thread was highly influenced by Alfred Hitchcock's Rebecca and the mystery/thriller-noir Gaslight. Could Phantom Thread be a rebirth of the Gothic romance genre? If so, I wonder if it will influence a rise of Gothic romantic comedies. All in all, Phantom Thread is my favorite film of the 2017/2018 movie season along with On Body and Soul, The Shape of Water, Get Out, Blade Runner 2049, and Three Billboards Outside Ebbing, Missouri.