How Being A Perfectionist But Not An Overachiever Nearly Ruined A Life Passion.

How Being A Perfectionist But Not An Overachiever Nearly Ruined A Life Passion. 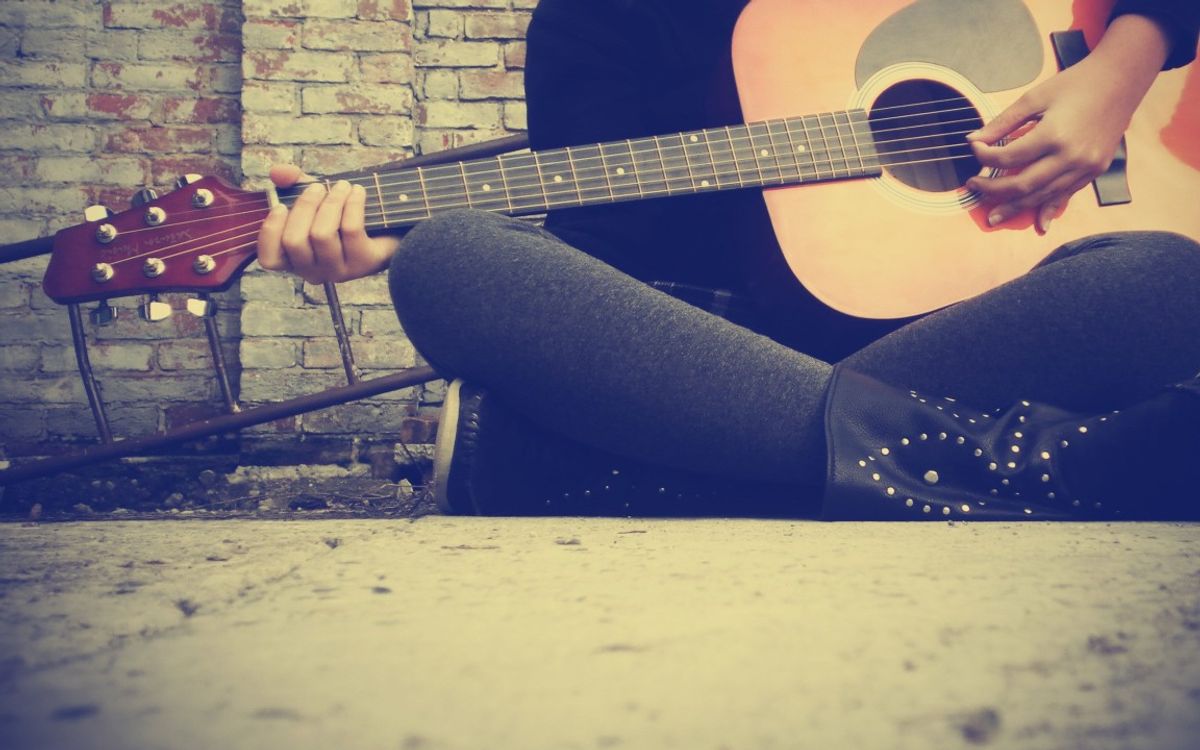 Being a perfectionist is a good thing and a bad thing. You will take everything you do very seriously, and will often succeed at whatever you put your mind to.

However, a perfectionist mindset can actually be really toxic to trying new things, learning, and self-esteem. Many people think of overachievers when they think of perfectionist tendencies, but that’s not always the case. You can be extremely anxious that your work is never good enough without being top in the class or a prodigy with your hobbies every time, and it will make you resentful and want to quit.

I started playing guitar at a very young age, just for fun. I loved it, but I think what I loved most about it was being able to do something (relatively) well that not everyone else could. For the most part, I stuck it out when things were hard; I remember being 10, nearly at the point of tears trying to change chords in songs. But I knew that quitting wasn’t an option because I had to master it. Eventually I did, and then moved to harder barre chords, and then even harder (or flat out RIDICULOUS) jazz chords.

I always wanted to get better, and mastering every style seemed like a strategic goal rather than a fun life quest: I had a classical book, a jazz book, and became a bit of a jack of all trades, ace of none. There were many other guitar players that I knew far surpassed my own abilities, and it killed me. I would rack my brain, trying to find reasons that I was better than them; one of the most popular justifications in my mind was that they only knew how to read TAB and popular songs, I was learning music theory and on a frantic quest to play like Segovia, Jimi Hendrix, and Django Reinhardt all at the same time.

You know that didn’t change? The fact that I still wasn’t that good. I didn’t practice like the “Joe Schmoes” who just played for fun, because I wasn’t having fun, and the result was that they were way better musicians than I was. Anytime I played was a reminder that I was still just average and would probably always be.

But I never realized that at the time. I only took one guitar with me to college, and it was difficult to find places to practice without disturbing others. I didn’t have time in my class schedule to take lessons anymore, and as I practiced less and less, and the excuses took over. I became more afraid to start again, knowing that whatever peak I had hit before I left (which even though I was not the best, I was still pretty good) was out of my current reach.

The turning point was when I left the country to study abroad and absolutely couldn’t take my instrument with me. It was finally a break that didn’t make me feel guilty. I told myself that I would pick it back up when I came home, and that it would be like riding a bike; still pressured to jump right back in and scramble to the top. However, as time went on and my hard-earned callouses faded, I thought about why I had more or less stopped in the first place: guitar had stopped being fun, and it was my own fault. Even though it hadn’t been fun for quite some time, I didn’t want to quit and I couldn’t imagine my life without it.

I know now what I have to do: start over. Start from the beginning, and not worry about how good I am or if I am better than other guitarists who only know TAB or only play sing-along songs, because none of that matters. I imagine that some of it will come back to me like riding a bike, but other things will require a lot of practice in order to get back to where I was, and hopefully (in my own time) improve. But this time, I will play for the pure fun of it, not to compete, not to be a master; if I never become great, or even good, it will not matter, because I am only playing for fun.

To my fellow perfectionists who have given something up (and you know who you are), don’t be afraid to start again. Don’t be afraid of not being as good as you once where, or not being as good as someone else who just started. None of it matters. Don’t let your drive to be better turn against you and ruin things you once loved and started for the pure fun of it. Take your break and reset, but never be afraid to start again.