We thought we knew Paris Hilton. We were wrong. This is the untold true story that shaped the woman and the iconic character she created. 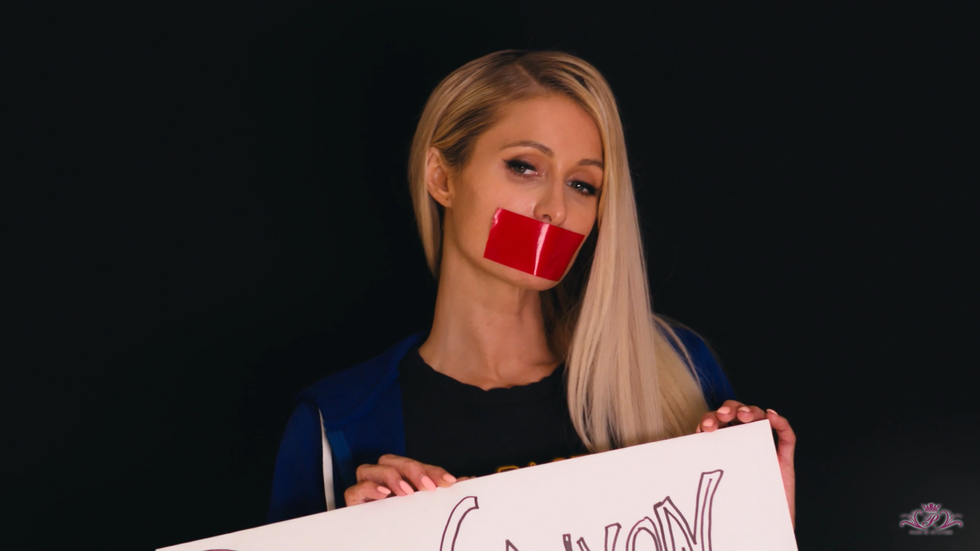 "The Real Story of Paris Hilton: This Is Paris" premieres on YouTube and we can all stream it for free.

The documentary features her mother, her sister, and her classmates from Provo Canyon School in Utah. Provo is the boarding school she was forced to attend and was held against her will for 11 months. The faculty kidnaps the new incoming student from their bedroom in the middle of the night in front of their parents.

If you think the initiation into their boarding school is the worst part, guess again. Every day the students at Provo Canyon School are forced to take pharmaceutical pills without their parents knowing. The faculty are so abusive that they convince their students they will be punished if they tell their parents anything. The faculty at Provo also states that they will tell the students' parents lies about them acting out or misbehaving. They would punish their students through emotional, physical, and sexual abuse.

Paris stated that she didn't want to take the pills and when the faculty found out she was skipping her intake by finding them in a Kleenex tissue in the trash can they put her into solitary confinement for 20 hours straight without food or clothes.

It was during these times she started to practice escapism and would dream about who she would want to become when she turned 18 and got out of the abusive entrapment.

In my life, I never really looked back at the past, I've always looked toward the future building my business and creating my own brand. - Paris Hilton

Paris Hilton became a successful businesswoman with 19 product lines where her fragrances made almost 3 billion dollars in sales. She's also the most successful female DJ to this day where she is paid $1 million a set.

She lives a high fast-track life where she travels 250 days a year. She put on a light, bubbly, happy persona to help spread love the best ways she could from all that was taken from her.

One day, she couldn't put on her mask anymore with her signature high pitched voice. The effects of her frequent nightmares from the abuse became too heavy. she had to come clean, and she felt like she had to do something.

They say trauma the mind may forget but the body never forgets and it's trapped in you and can come out whenever. - Nikki Hilton

Paris decided to do her own research into Provo Canyon School. She teamed up with her classmate Katherine McNamara. Provo has been around for 50 years where some of their employees branch out and make their own school to start their own business in the troubled teen industry following the same abusive protocols.

Paris has been researching for years and found that there were police reports of 56 calls of assault to the school and 25 calls in regard to sexual offenses on record.

A lot of survivors wake up after 10-15 years and then it hits them and then they're ready to talk about it. - Katherine McNamara

Katherine and Paris decided to reconnect with their friends from Provo Canyon School and work on a campaign together. Her classmates were Elizabeth Martin, who still has nightmares after 20 years. Raina Lincicum, Paris' former roommate who claims the staff was abusive.

Jessica Pike, Paris' best friend at Provo claims that the school taught her that abusive environments are normal because as soon as she left Provo she entered into an abusive relationship.

They participated together in the campaign called #BreakCodeSilence where they photograph themselves individually with red tape covering their mouth while holding up a poster board of the name of the abusive boarding school and the trauma they endured for years. Paris has been in 5 physically abusive relationships because of the trauma caused by attending Provo.

I don't know if my nightmares will ever go away but I do know that there is probably 100,000s of kids who are going through the same thing right now, and maybe if I can help stop their nightmares it'll help me stop mine. - Paris Hilton